Mary Olivares made the trip from Beeville to attend game one. The 82-year old baseball fan was among the thousands of fans who packed Minute Maid Ballpark. 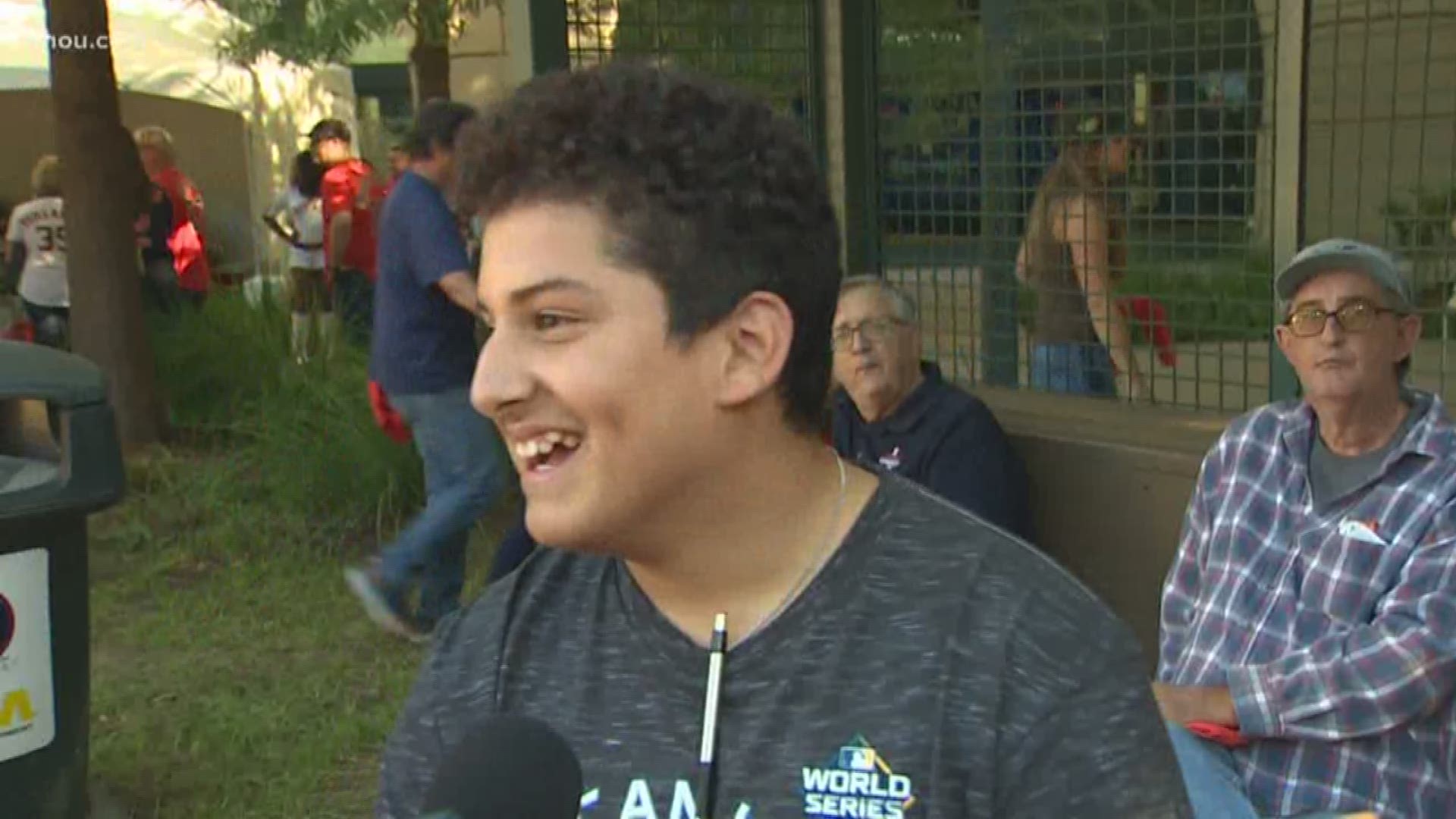 HOUSTON — Thousands and thousands of people bought tickets for Tuesday night's game one of the 2019 World Series between the Houston Astros and Washington Nationals.

Season ticket holders slid into their usual seats. But then there are fans like Mary Olivares.

The 82-year old Astros fan from Beeville, Texas scored seats to her first-ever World Series game from her nephew who works in Houston.

RELATED: 'This is like holiday season for me' | Lance McCullers gives away nearly 30 World Series tickets

Then, you've got fans like Raymundo Ramirez. The handmade sign he held up while wearing a Jose Altuve jersey may give the you the giggles. But the backstory on how he ended up at the World Series game may give you "the feels."

"We knew we were going to be in the playoffs, in the post-season. And, well, we just had to save it," said Ramirez of all the money saved by he and his father over the last several weeks.

His siblings even contributed to the pot because they know how much baseball means to Ramirez and his dad.

"My dad taught me about baseball since I was like eight."

He was just a few years younger than J.J. Ceniceros is today. Ceniceros' teacher at Klein Oak High School made him a deal, "if I show up on TV I get extra credit."

An appearance in a KHOU11 News live report at 5 p.m. helped get him the credit!

Because, from photo proof to the power of "La Pina," fancy footwork to fistbumps, fans are hoping to repeat history.