After beating cancer, Judah, 4, has this message for the 'Stros

Judah went into remission a few months ago, and now, he wants to see the Astros win the World Series. 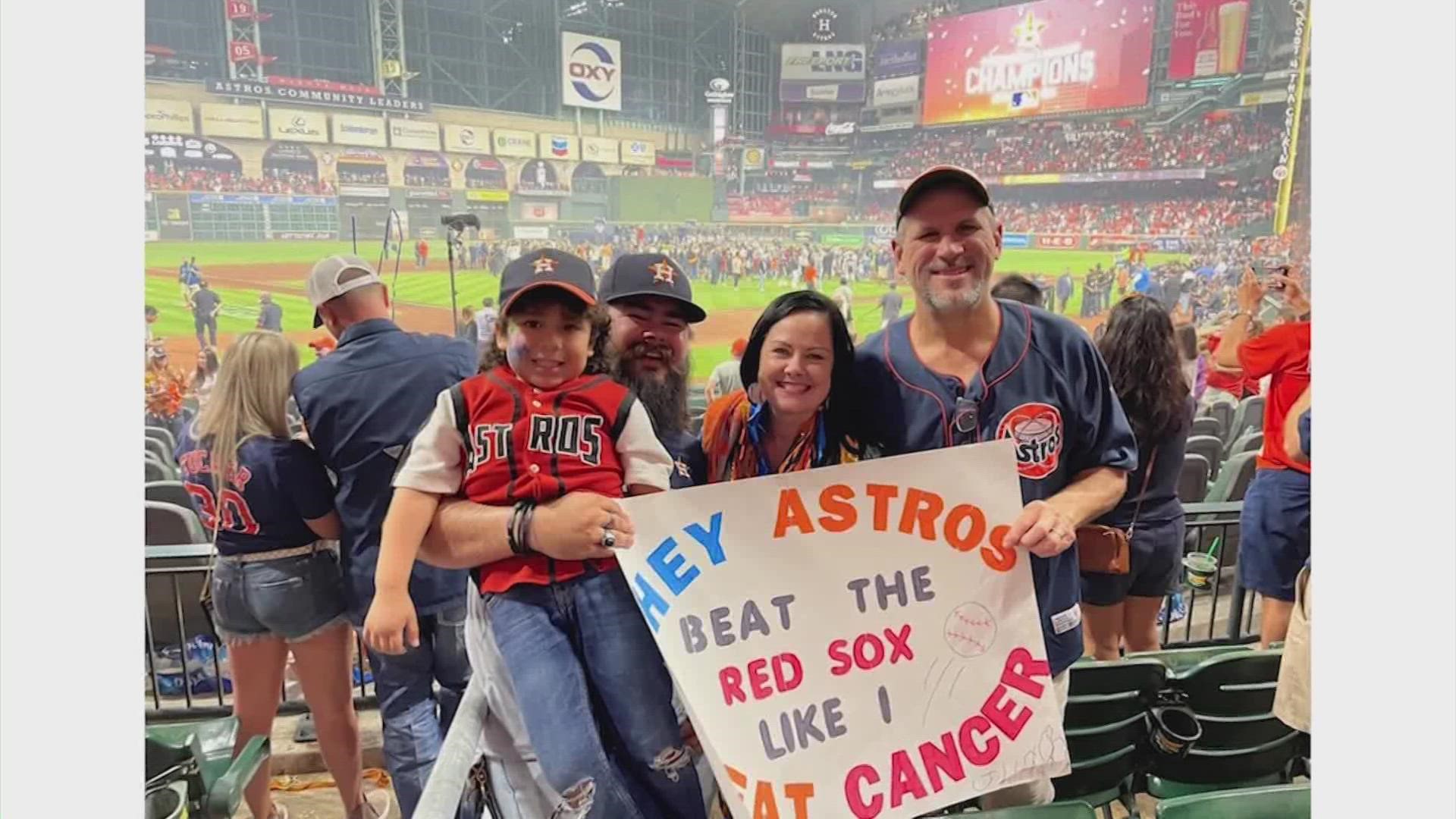 HOUSTON — The Houston Astros are set to host the Atlanta Braves on Tuesday evening for Game 1 of the 2021 World Series.

A sold-out crowd is expected to pack Minute Maid Park in time for the first pitch at 7:09 p.m.

Judah Collins, a 4-year old from Spring is proof. He attended Friday’s ALCS game between the ‘Stros and the Boston Red Sox. Collins and his family made a poster board sign that read: Hey Astros beat the Red Sox like I beat cancer. A photo of Collins with the sign was tweeted out by a relative, and nearly 16,000 likes later, Collins stole the spotlight.

RELATED: Hey Astros, Beat the Red Sox like I beat cancer | 4-year-old fan for the win!

“One of my favorite people in the world. He is a charmer. He has a winning smile. I mean he’s so hard not to love. He’s just precious,” Judah’s grandmother Shannon Collins said.

She’s a member of Houston Astros Nation, a fan page on Facebook that gives away tickets to deserving children.

“Well, hello! I didn’t even have to think about it. Judah deserved to go to that game,” she said.

Deserving, especially after the last 2 1/2 years of Judah’s life. His family said he was diagnosed with leukemia just after his second birthday. Without enough white blood cells to fight infections, Judah needed aggressive chemotherapy to survive. His mother, Maritza Collins, said it was more than two years of chemotherapy.

“But there were definitely tons of days where he was just, like, sleeping. All day,” Maritza said.

RELATED: Want World Series tickets? It could cost you

Judah officially went into remission on Aug. 22, 2021. His mother describes her only son as a superhero. Thousands of others on social media think so, too.

“Never in a million years would I have ever thought that it was going to be such a big deal,” Judah’s grandmother said.

Moments from Friday’s game may be fleeting to the 4-year-old. Photos and videos will help them remember the story: on a history-making night, Judah Collins stole the spotlight.

“It’s hard to top that, except with the World Series,” Shannon Collins said as she laughed and crossed her fingers. “Go Astros.”