It's a sight to see! Houston Astros unveil their new Hall of Fame

What used to be Home Run alley now pays tribute to Astros legends. 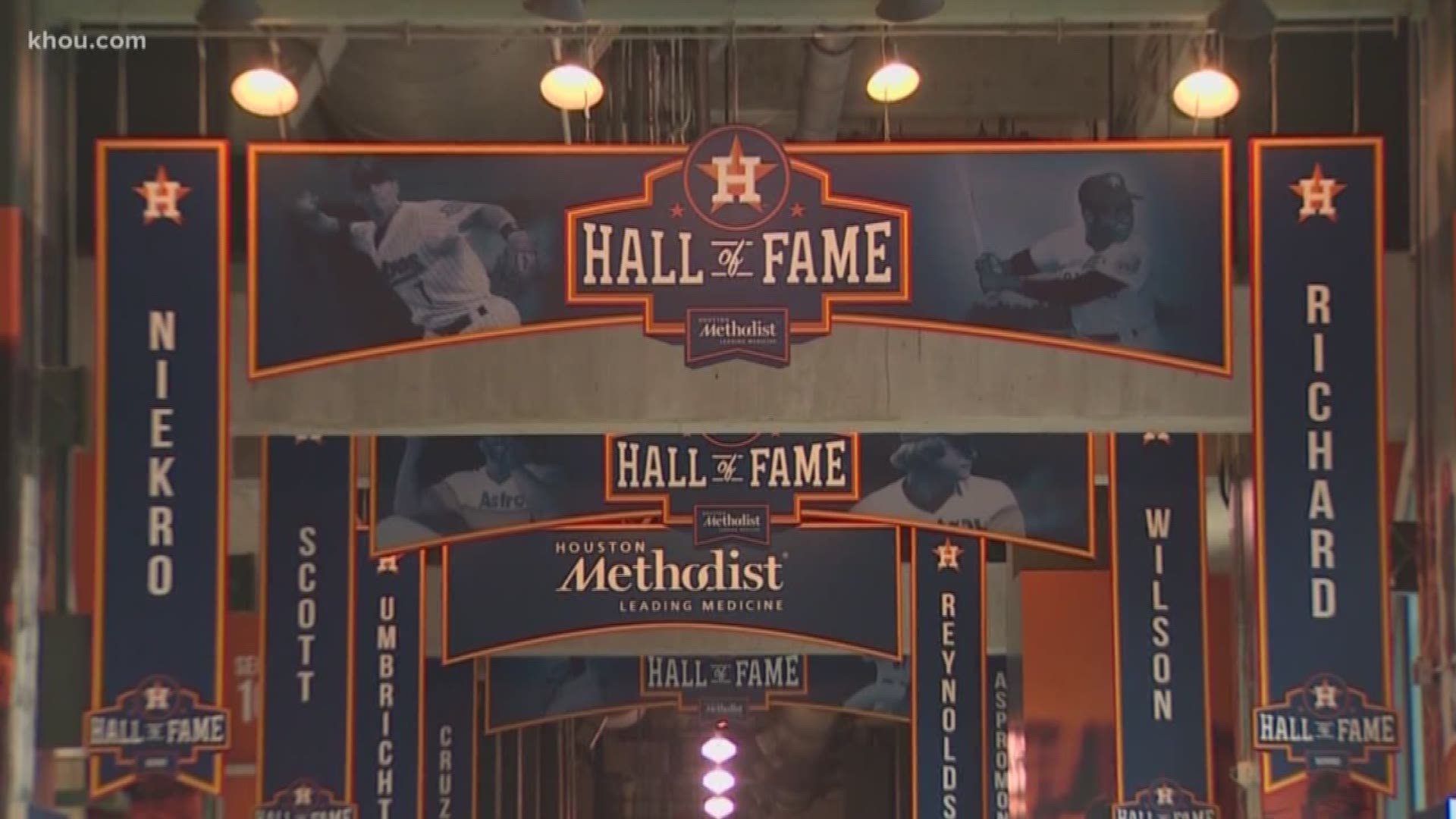 HOUSTON — It was a historical moment for Astros fans Monday as the organization unveiled their new Hall of Fame alley.

What used to be Home Run alley now pays tribute to Astros legends.

Former Astros first baseman Jeff Bagwell and outfielder Jose Cruz were there for the ribbon cutting.

Glass displays hold jerseys from Nolan Ryan, J. R. Richard and Craig Biggio. Fans also get a peak of the iconic orange blazer that will be gifted to the Hall of Fame inductees.

RELATED: Kate Upton: 'We are so excited to be in Houston for 3 more years!'

RELATED: It's official: Justin Verlander is staying in Houston!

“I think it’s great. I would not say well overdue but it’s something that should happen where fans get a chance to see the history of this organization,” Bagwell told KHOU 11 News. “To have this to showcase the guys that came before, guys that were great players, it’s great for the fans to come out and just see that.”