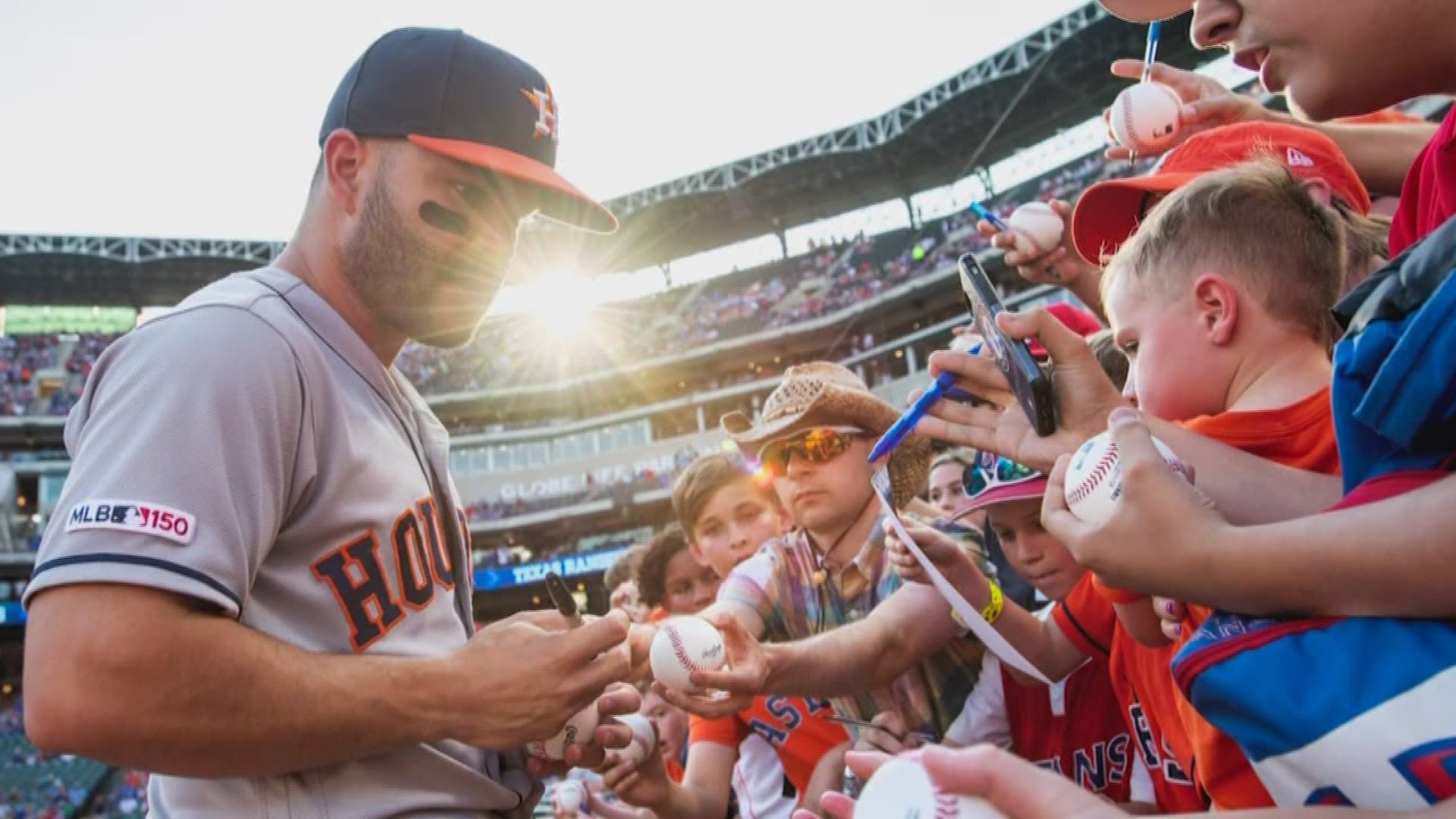 HOUSTON — As the Houston Astros prepare to play the Washington Nationals in Game 3 of the 2019 World Series, many fans are wondering how players find inspiration.

"Not a lot of teams win 107 games a year. So, this is a special team," Carlos Correa said after Wednesday night's Game 2 loss in Houston. "This is not just a random team, so if there’s a team out there that can do it, it’s us."

Many fans say the Astros feel like more than a team — they're a family. That's how tight-knit the players are. They want to play their best, not only for themselves, but for their teammates.

RELATED: Jose Altuve: Five things you may not know about the Astros slugger

What's a better example of that than Jose Altuve?

We scrolled through the second baseman's Instagram page and found a motivational message he wrote to himself. He posted it to social media on January 17, 2017 nine months before the Astros and Altuve won their first World Series.

Here's what the letter said:

Don't be content with being average. Be better. Work harder. Be great.

Be an example for other young Latin players looking up to you. Lead the way. Be a role model.

Learn something new every day.

Never forget where you came from and thank God for allowing you to achieve your accomplishments.

Size is not an obstacle.

And this is why I'm here.

RELATED: LIVE BLOG: Down 0-2, Astros look to rally against red-hot Nationals in Game 3

RELATED: Love is in the hair: Fan knocks it out of the park with Astros Mohawk