Correa and his fiancée, Daniella Rodriguez, posted the All-Star’s message to the teen on her Instagram stories hours before Game 2 on Sunday. 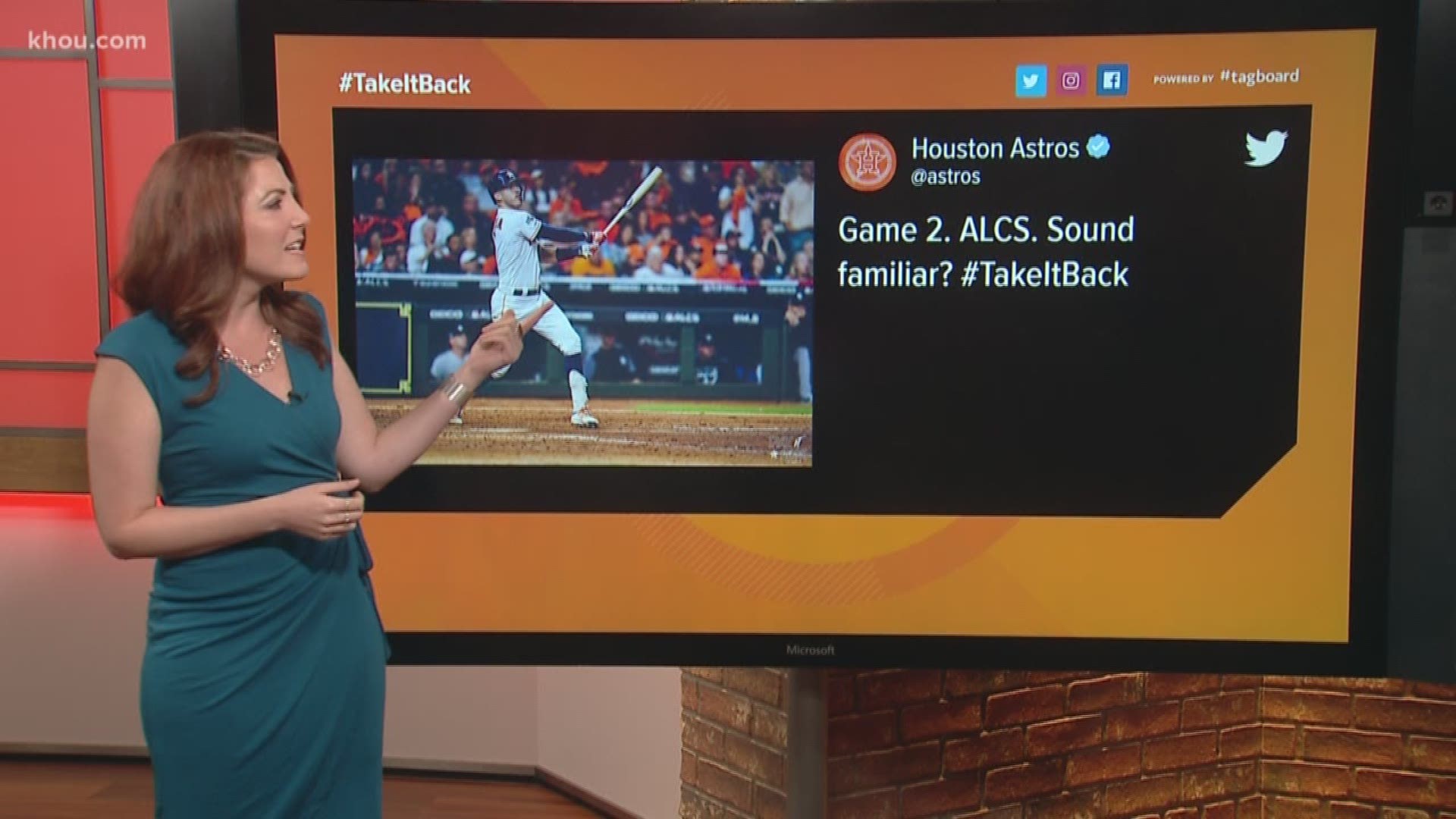 HOUSTON — “Next home run I hit will be for you...when you see me pointing, I’ll be pointing at you.”

That was Carlos Correa’s message after visiting Jalen Garcia, a young Laredo native battling cancer at the MD Anderson Cancer Center in Houston.

Correa and his fiancée Daniella Rodriguez, also of Laredo, posted the All-Star’s message to the teen on her Instagram stories Sunday, hours before Game 2 of the AL Championship Series at Minute Maid Park.

According to the Laredo Morning Times newspaper, they visited with Jalen on Friday following the Astros win against the Tampa Bay Rays in the ALDS. Jalen was diagnosed at 13 with Osteosarcoma when he was in seventh grade and has been battling it ever since.

Correa hit a leadoff home run in the 11th inning that lifted the Astros over the Yankees 3-2 late Sunday night, tying the series at one game apiece.

Credit: Instagram
Carlos Correa promised that his next home run to a young cancer patient from Laredo being treated at MD Anderson Cancer Center.

The Astros star watched the ball sail, tossed his bat, put his hand to one ear to soak in the roars of the crowd and then held up one finger as he rounded the bases, following through on his promise to the Laredo teen.

Rodriguez shared photos on Friday of their visit with Jalen and posted the following message.

“Nothing else in this world is as rewarding as this. Carlos and I got to meet this special guy today🙏🏼 Jalen is a fellow Laredoian like myself AND attends my old high school 🤟🏼As soon as I heard about Jalen being in Houston I made sure we did everything possible to meet him 🙏🏼 You are our hero Jalen! Keep fighting we’re right behind you cheering you on🧡 thank you @mdandersoncancercenter for letting us visit some of your patients🙏🏼 #LonghornPride”

Hours earlier before Game 2, Correa was confident this would be the day he turned things around after going through a slump recently.

And with a swing that kept the Astros from falling into an 0-2 hole, he did just that and sent a special message to the teen from Laredo.