Houston will open its 60th season on April 1 with a 4-game series in Oakland against the Athletics.

HOUSTON — The Houston Astros have yet to start the 2020 season, but the team on Thursday released their schedule for 2021.

Houston will open its 60th season on April 1 with a 4-game series in Oakland against the Athletics. The Astros’ home opener is set for April 8, also against Oakland, in the first of a 6-game series.

The Stros' 2021 schedule features 76 matchups against American League West opponents, including the Lone Star Series with the Texas Rangers for the Silver Boot for three different series.

Other notable opponents set to visit Minute Maid Park include the Los Angeles Dodgers May 25 to May 26, Boston Red Sox May 31 to June 3 and the New York Yankees July 9 to July 11.

Interleague opponents this year include teams in the National League West for the second consecutive season, including the San Diego Padres, Colorado Rockies and Arizona Diamondbacks, in addition to the Dodgers, all set to visit Minute Maid Park.

For information on tickets and to view the full schedule, visit Astros.com or email tickets@astros.com. 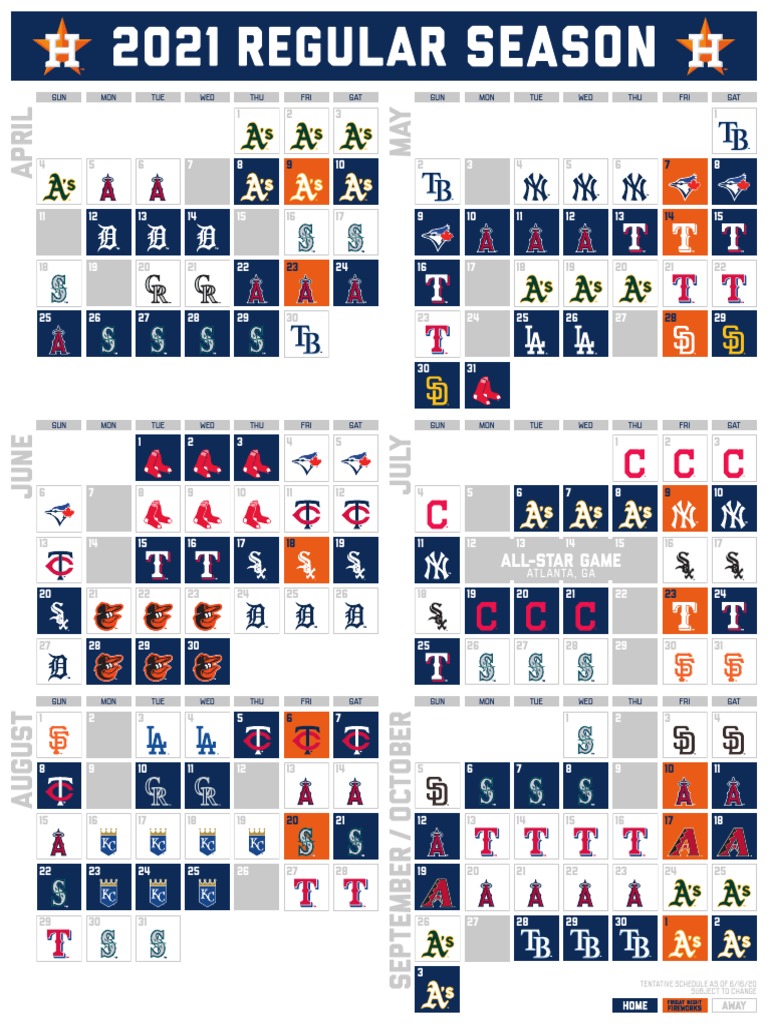 Houston Astros 2021 Schedule
Discover everything Scribd has to offer, including books and audiobooks from major publishers.

RELATED: Strange but true: Astros ‘rained in’ at the Astrodome