House divided: Meet a couple on opposites sides of the Astros-Athletics game

Roxanne and Ricardo's relationship is going really well, but they are a house divided when the bats start swinging each baseball season. 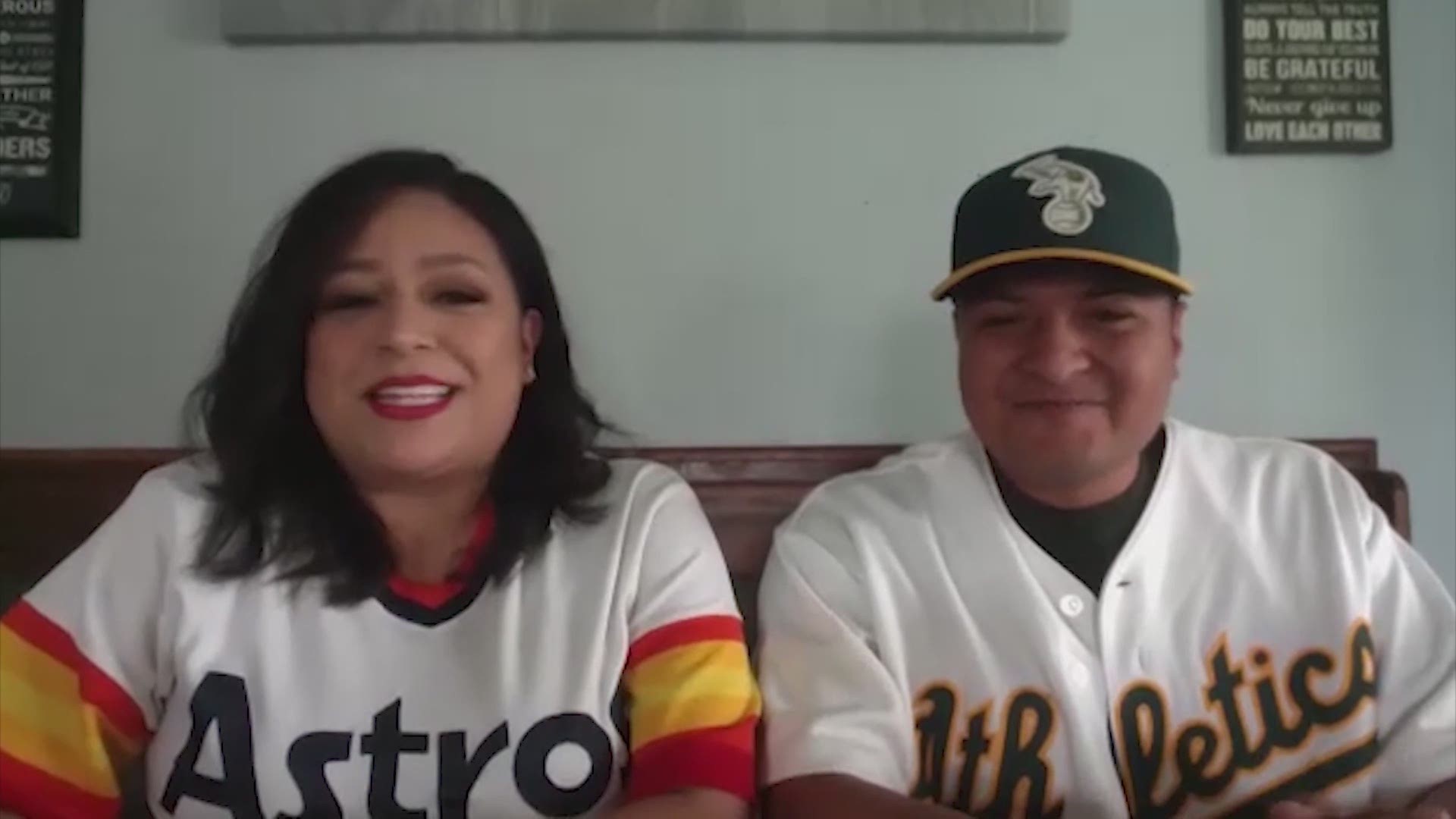 HOUSTON — Baseball season is a constant fight in the Perez household.

"How does it feel sitting next to each other right now?" KHOU11's Xavier Walton asked.

"Do you see I keep kind of not wanting to touch that jersey," Roxanne Perez replied, laughing.

Roxanne and Ricardo's relationship is going really well, but they are a house divided when the bats start swinging each baseball season.

You see, Roxanne is an Astros fan and Ricardo is an Oakland Athletics fan, and the two are wired up for the Astros home opener Thursday when the teams face off against each other again.

"So what is the saying, keep your friends close, keep your enemies closer. Is this what's going on here?" Walton asked the couple.

They went to Opening Day in Oakland this year.

"When we went to Oakland the usher goes, 'You're not telling me what's going on, man. I said I'm infiltrating the enemy,'" Ricardo said.

"I mean as soon as I walked in the stadium, I was being booed. I was being called cheaters. I just kept waving my little flag," Roxanne said.

The Astros swept the A's in that four-game series to start the season in style.

"Ricardo, were you embarrassed to be walking with her hand in hand?" Xavier asked.

"Naw," Ricardo said. "She likes what she likes."

"During baseball season do you still sleep next to each other? What's going on there? Does he sleep on the couch?" Xavier asked.

"We have a pretty big king-size bed and he sleeps on one edge and I sleep on the other. I sleep with my astral socks on, so," Roxanne said. "Yeah, he definitely doesn't want to touch that."

Ricardo and Roxanne will be at the Astros home opener Thursday inside Minute Maid.