From Astros bets to championship shirts, what happens now?

Astros weren't the only ones who lost Wednesday night. 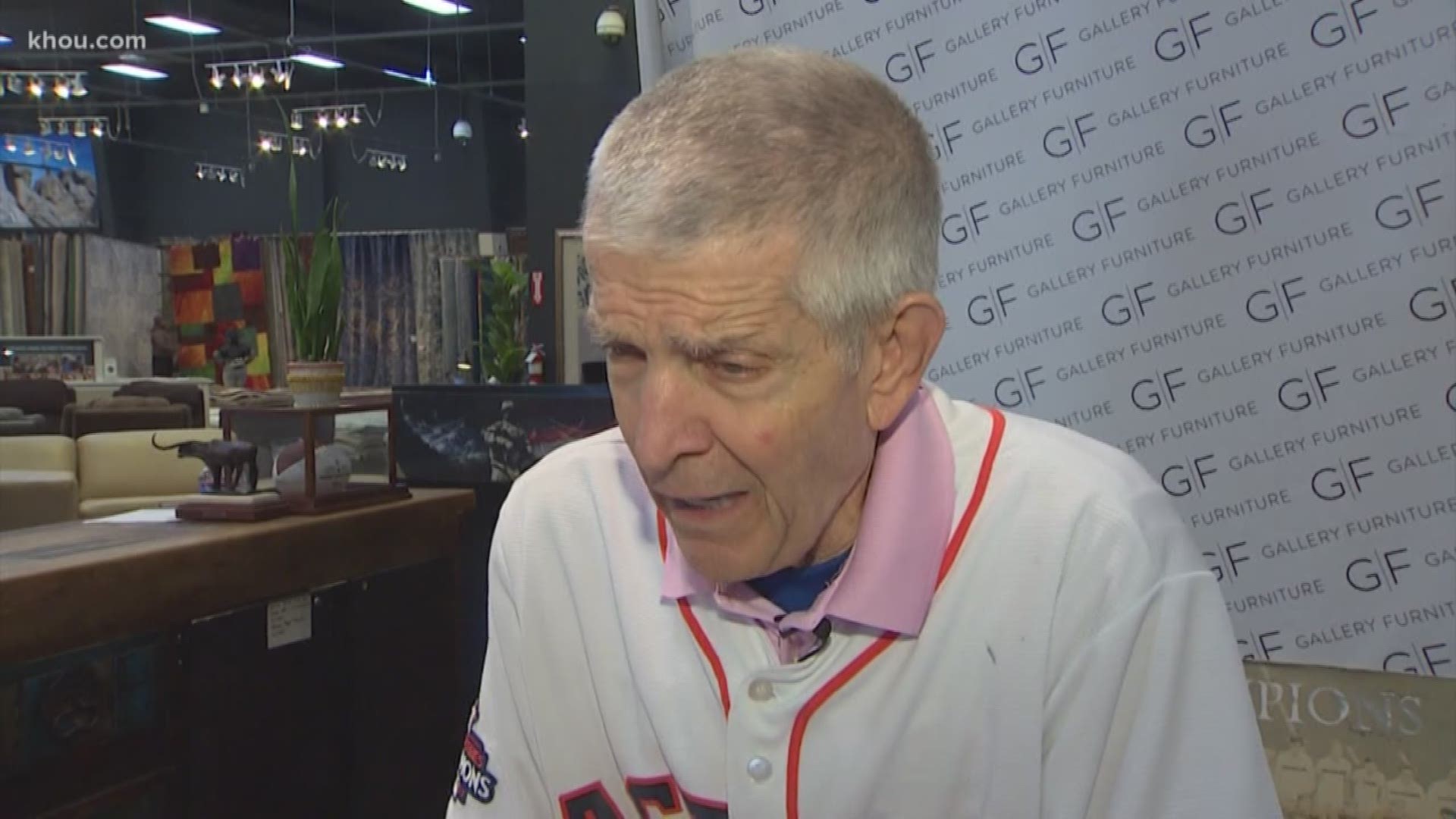 HOUSTON — We all lost Wednesday night, but some more than others.

One man who may have had the biggest loss is Jim "Mattress Mack" McIngvale. He had $13 million riding on the game.

Mack said he came out even, but he’s sad for the team, probably about as sad as all those people realizing they now have to pay for those mattresses.

Mack said he sold thousands of mattresses as part of his promotion. Over the course of the past few weeks, he said he’s made anywhere between 15 to 20 bets at sports books across the country.

If the Astros won, that would have won him about $25 million, about the same amount of money he would have given back to customers who bought mattresses under the promotion.

Mack said he was worried last night, but not about the bet, about the boys.

“I was a little stressed out because you know we had high expectations, the crowd was rocking, and then things didn’t go our way, but you know, that’s baseball. You win some, you lose some. You get rained out but there’s always tomorrow," Mattress Mack said.

As for whether or not Mattress Mack would go through all of this again next year, he said, “in a New York minute.”

Mayor Turner will have to send D.C. Mayor Bowser a brisket plate from Burns Original BBQ and some Crush City IPA from Buffalo Bayou Brewery.

And speaking of breweries, more Houston beer was on the line. Saint Arnolds now has to send Washington’s D.C.'s Brau Brewing Company some of their finest brews.

And Karbach Brewery is also paying up in their bet against Virginia’s Devils Backbone Brewery. Karbach will have to brew earned run ale in shark costumes with Nationals shirts over them.

Another loss? Thousands of shirts.

If last night had gone the way we’d hope, thousands of Astros World Series T-shirts would have been ready for sale only seconds after the game, but now they have to be destroyed.

Houston’s own Buffalo Specialties is one of the top printers in MLB gear.

During the World Series, they printed roughly 25,000 t-shirts to be sold if the Astros took the trophy.

But now we know how that ended.

Now all those shirts sent to Academy and other suppliers around town are being sent back to the vendors who bought the shirts from Buffalo Specialties.

And the MLB has rules on how those vendors get rid of the shirts.

“They’re under rules and guidelines that they’re not supposed to even open the boxes. If they Astros weren’t to win, which they didn’t, they were supposed to take the boxes and either destroy them, or they have to give them to a charity overseas," said Norman Stalrow, President of Buffalo Specialties.

Maybe we can finally see what that logo looks like next year.

Gerrit Cole tweets open letter to the city of Houston 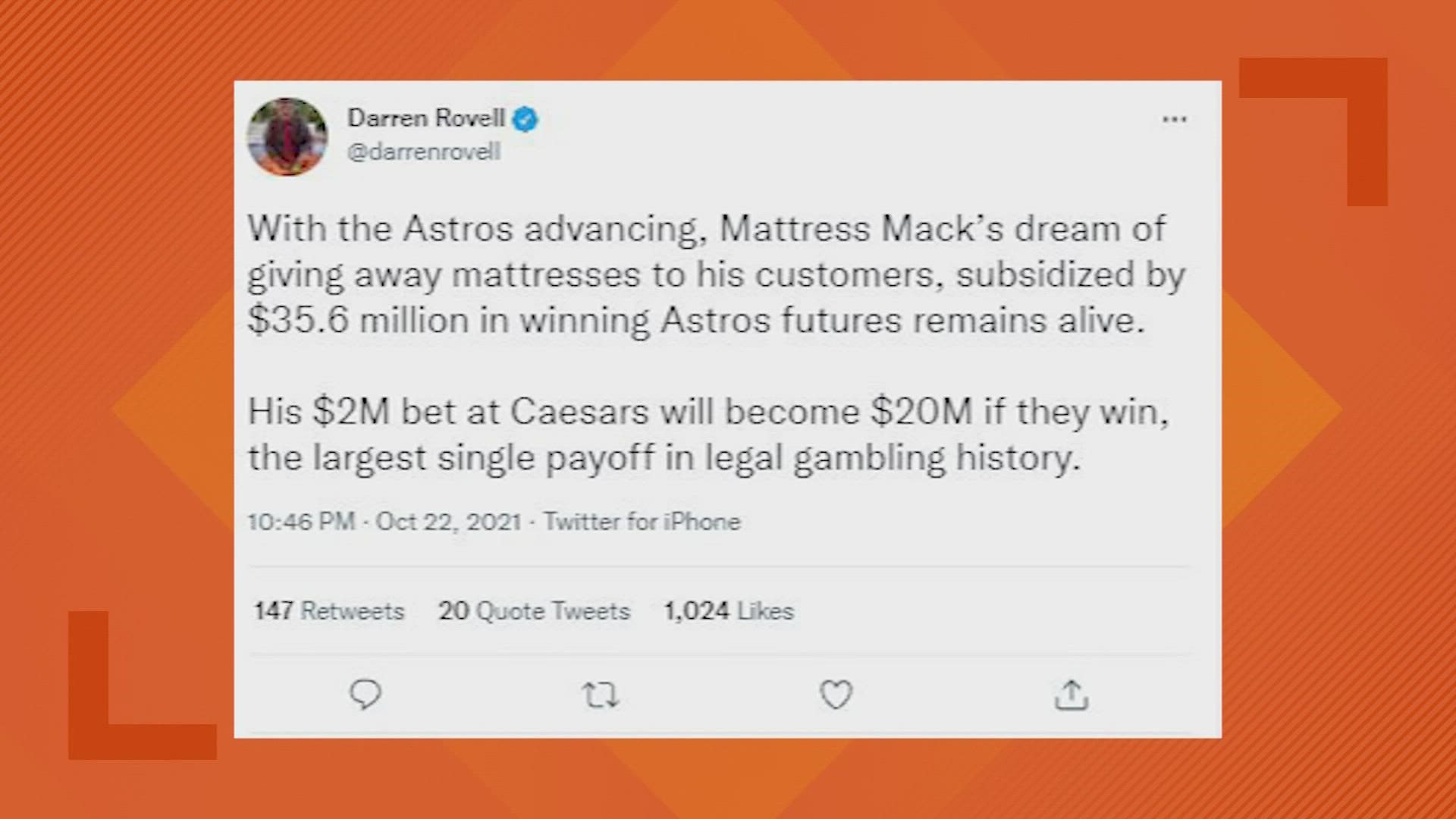