“The ironic thing is my very first Major League win was against the Atlanta Braves while I was with the Astros," Scipio Spinks said. 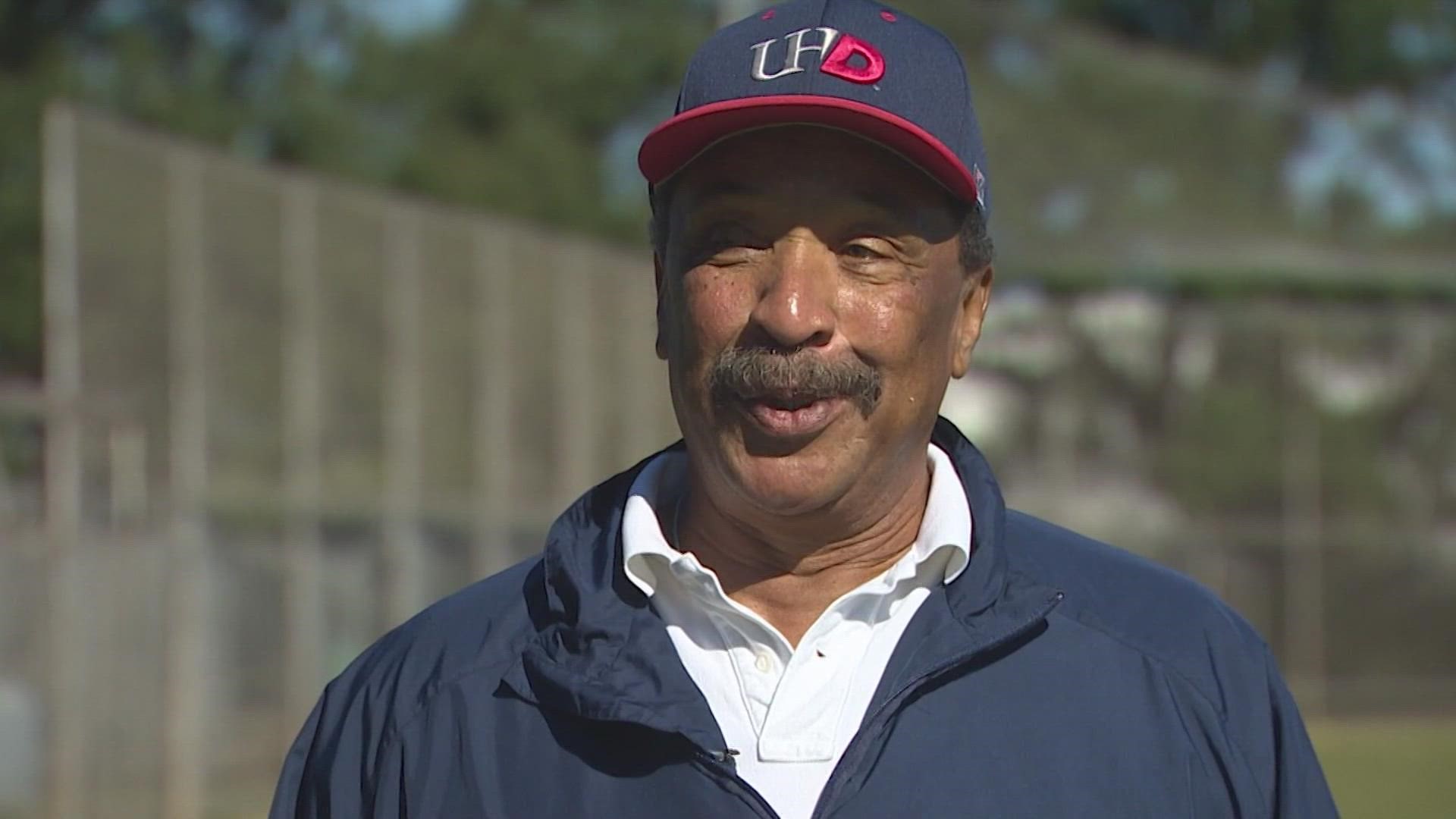 HOUSTON — The University of Houston-Downtown club baseball coach knows the Houston Astros well -- 50 years ago, he pitched for them.

He’s had only a few years as head coach of the UHD club baseball team, but for Scipio Spinks, it’s a sport he’s no stranger to.

“We look up to him. He teaches us good things on and off the field -- how to be good men," UHD player Channing said.

“I was a pitcher, starting pitcher," Spinks said. "I was a non-drafted free agent ballplayer and I fought my way to the minor leagues to get to the big leagues. And that was the most gratifying thing.”

Pictured in some old baseball cards, Spinks was a pitcher for the Houston Astros from 1969 to 1971. After that, he became a Cardinal.

“The ironic thing is my very first Major League win was against the Atlanta Braves while I was with the Astros. I pitched a nine-inning complete game, and we won that game. Dusty Baker wasn’t playing that day but he was on the team," Spinks said.

So he’s got a little experience against the team Astros are up against now. His advice: keep your focus on the field.

After his years as a player, Spinks stayed with MLB as a coach and recruiter, coming back to the Houston Astros for 17 years as a professional scout.

“Deep in my heart, I’m an Astro. In my heart, I'm an Astro, but I got friends on Atlanta. And I'm rooting definitely for Dusty," Spinks said.

“These young men want to play, and they give you everything. They got to pay to play. There are no scholarships. They buy their own uniforms," Spinks said.

“These guys are a team. They pull for each other. They got each other’s back," Spinks said.