The national roast of the Astros isn't wrapped yet, guys. Comedian Daniel Tosh added some fuel to the fire. 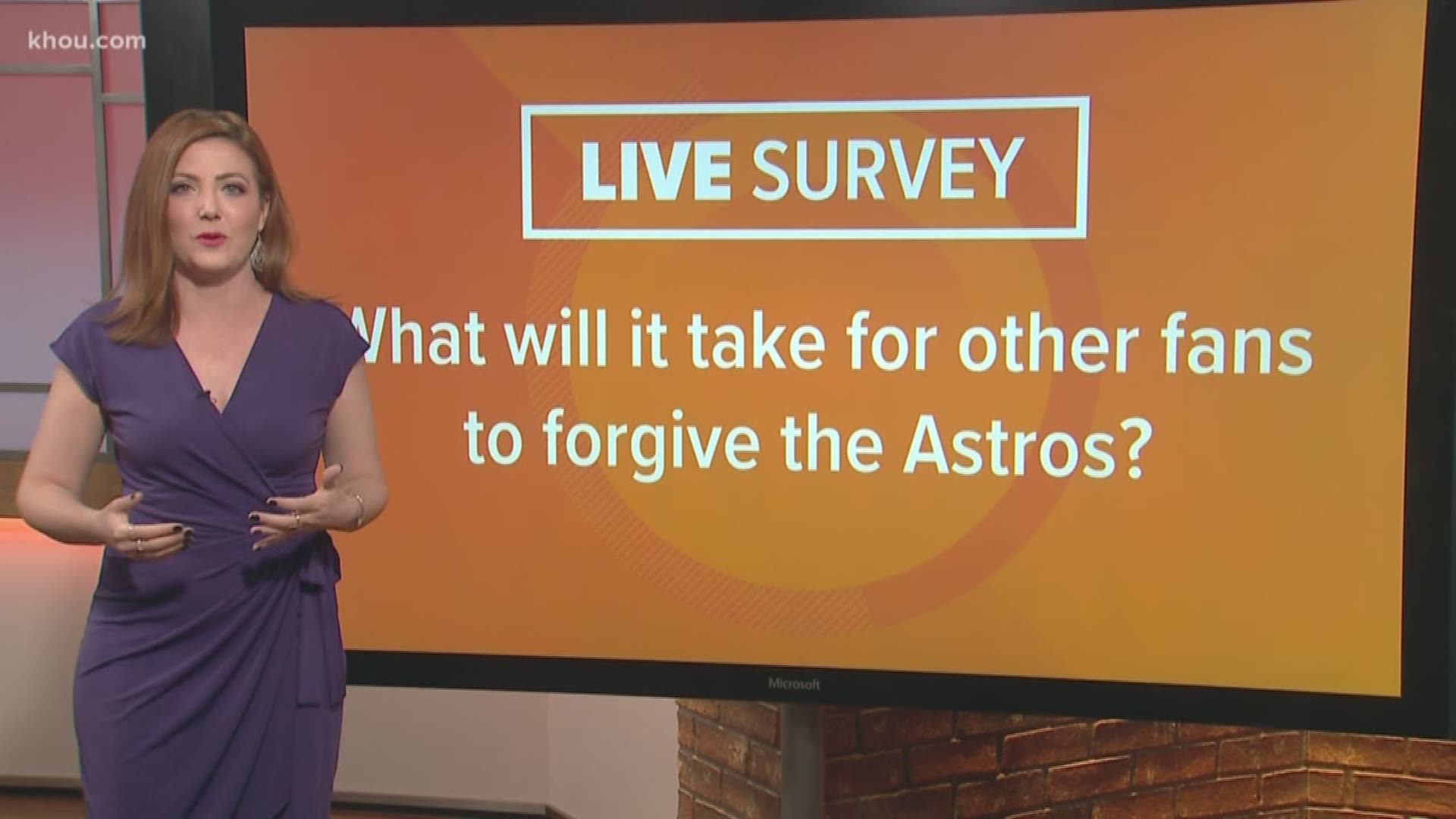 HOUSTON — The national roast of the Astros isn't wrapped yet, guys. Comedian Daniel Tosh added some fuel to the fire with a tweet suggesting some appropriate punishments for the Astros and using the “#Cancel Houston,” which promptly started trending.

So here are some of the options tosh came up with. The Astros have to win by two, batters have to wear shock collars and the opposing team gets ten zaps an inning, and the players have to wear the same size uniform as Jose Altuve.

People had a lot of creative ideas like renaming the stadium Enron Field again, fielding a cow in one position but it also has to bat or wearing old-timey gloves on defense.

There are literally hundreds of tweets about this right now and they're still coming in. Some of them are pretty funny.

But the heart of it all is a much more serious question – what will it take for other fans to forgive the Astros?

Take away the World Series? Suspend key players? Or will nothing ever be enough?

To be clear – a whole lot of Astros fans are unbothered and are letting folks know.

There's a whole lot of attitude in from various gifs shared. One fan was “Like, go ahead ... I will definitely be enjoying the shorter lines and cheaper seats.”

As our very own Beyonce once said, "Boy, bye."