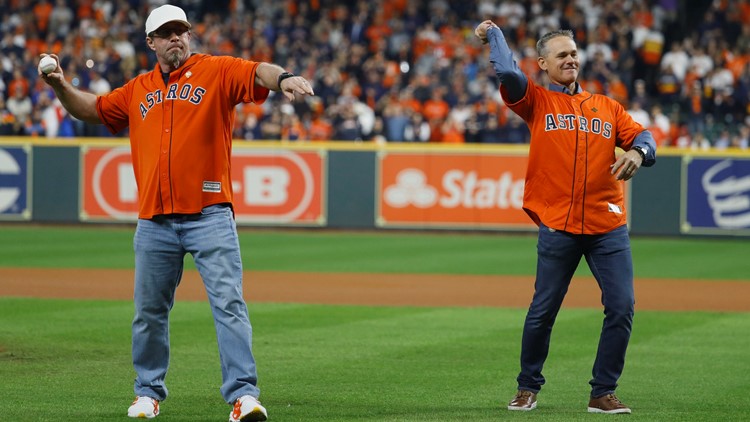 Photo by: AP
Jeff Bagwell and Craig Biggio throw out the ceremonial first pitches before Game 7 of the baseball World Series between the Houston Astros and the Washington Nationals Wednesday, Oct. 30, 2019, in Houston. (AP Photo/Matt Slocum)

Hall of Famers and Astros legends Craig Biggio and Jeff Bagwell through out the ceremonial first pitches before the deciding game in the 2017 World Series between Houston and Washington.

The series is tied at three games apiece, with visiting teams winning each game.

RELATED: 'RIP Tonight is for you' | Alex Bregman's grandfather dies hours before Game 7

Biggio and Bagwell weren’t the only Texas legends in the pregame.  Texan Matthew McConaughey announced ‘Play ball’ before the game, replacing Deshaun Watson, who was traveling with the Texans to London.