It was a moment 56 years in the making. 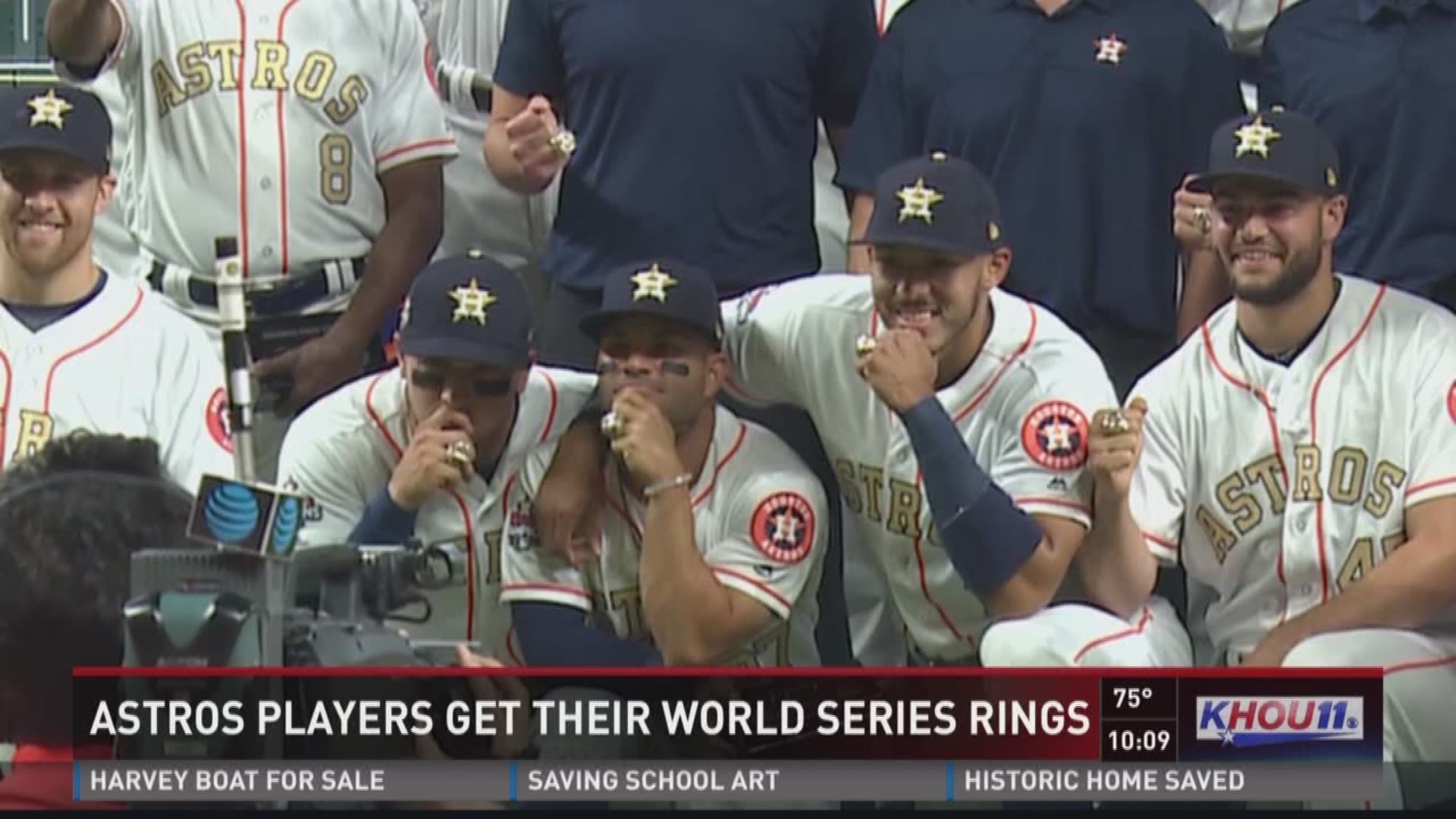 A crowd of thousands watched eagerly for the unveiling of the design which has been a closely guarded secret since development began the week after the World Series.

Bohn Dorman waited 25 years to see what a championship ring with his team’s logo would look like, and he wasn’t disappointed.

“It’s absolutely amazing. I just wish my dad was with me,” Dorman said.

The main event featured MLB commissioner Rob Manfred who presented team owner Jim Crane with his ring before going down the line from players to staff.

“Oh, it’s incredible. To know everything that goes into this ring, all the meaning. It’s unbelievable,” said team president Reid Ryan.

The iconic “H” you can’t miss, but the 112 diamonds on top offer even more symbolism. One for every win it took to bring home the title. Something hall of famers like Craig Biggio admits, doesn’t come easy.

“You’re happy and honored to be getting one because there are other teams who would be happy to get one on opening day. But they’re hard to get man,” Biggio said.

Astros management knows it takes an army, which is why Biggio and Jeff Bagwell each got rings, but so does everyone from medical staff to ticket takers -- 1,332 in total.

On the ring itself, the Astros wordmark frames the iconic Houston skyline, paying tribute to the city and fans whose support never wavered in the face of unsurmountable odds. The left-field wall lifts up the city of Houston, showing just how much gratitude the team has for the Houston community.

The roman numeral LVI completes the side of the ring, paying tribute to 56 seasons of Astros baseball before their first championship.

If you want a replica that looks more like the real thing, head to the Astros game on Saturday night. The April 7 game vs. the Padres has a promotion that will likely be one of the hottest this season as the first 10,000 fans will get replica World Series rings.