Astros named one of TIME Magazine's 50 Genius Companies in 2018

The organization was named to TIME Magazine's 50 Genius Companies List on Thursday as they prepare for the ALDS against the Cleveland Indians, which starts on Friday at Minute Maid Park. 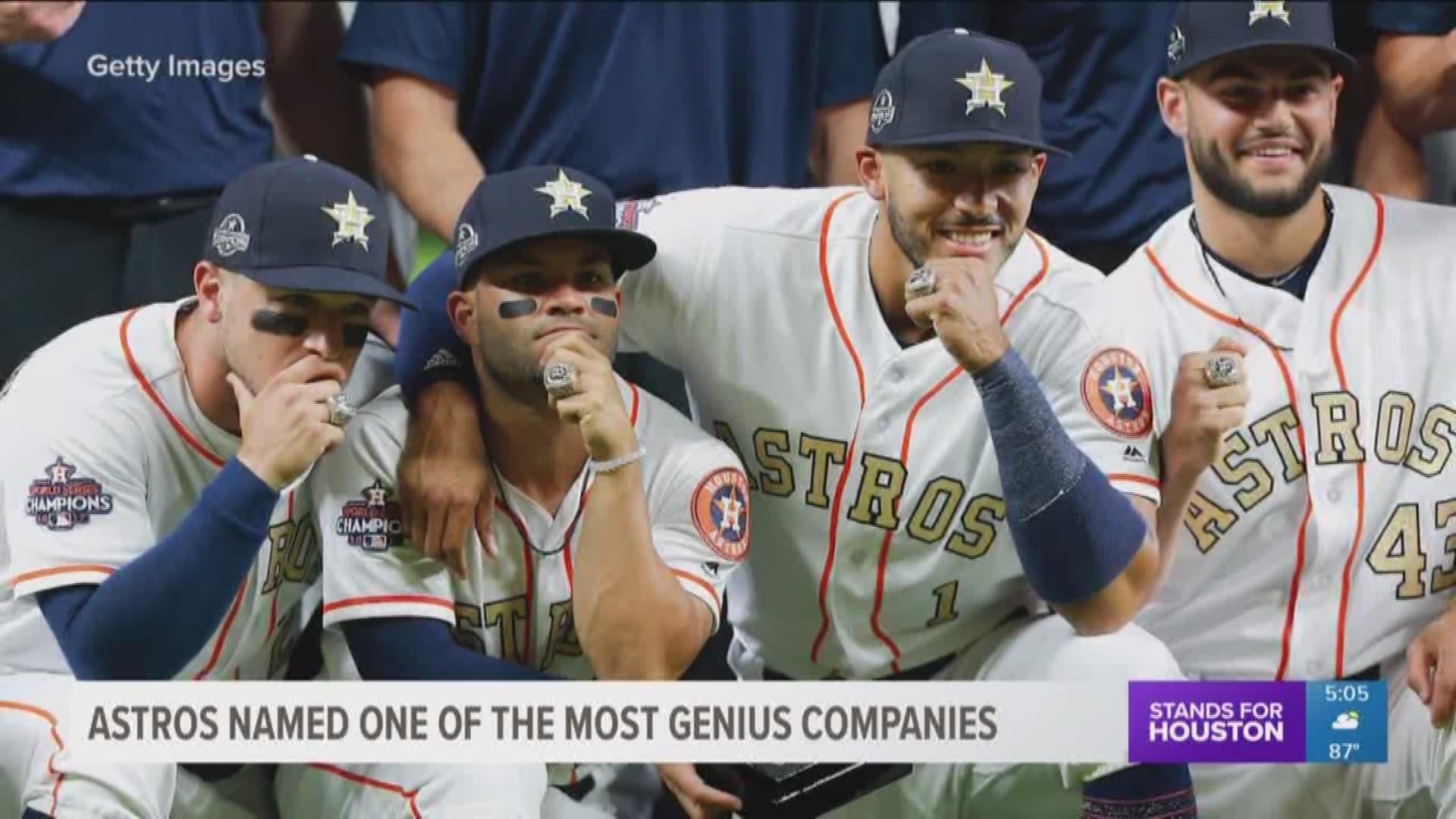 HOUSTON – The Houston Astros are being recognized for finding new ways to win as they begin their run at a second straight World Series title.

The organization was named to TIME Magazine’s 50 Genius Companies List on Thursday as they prepare for the American League Divisional Series against the Cleveland Indians, which starts on Friday at Minute Maid Park.

“In pursuit of baseball excellence, the Houston Astros have consistently turned to risky innovations—and have wound up changing the entire game along the way,” writes Sean Gregory in TIME Magazine.

Two of the innovations the magazine were the hiring of a former NASA engineer as a “director of decision sciences” and for defensive shifts that positioned fielders “where data predicted they’d actually catch the ball.”

“What we’re all trying to grapple with,” Astros General Manager Jeff Luhnow told the magazine, “is how to use computing power to get smarter and smarter.”

Here's some of the social media reaction to the news: