Wynn was a member of the Astros and Colt .45s for 11 seasons. 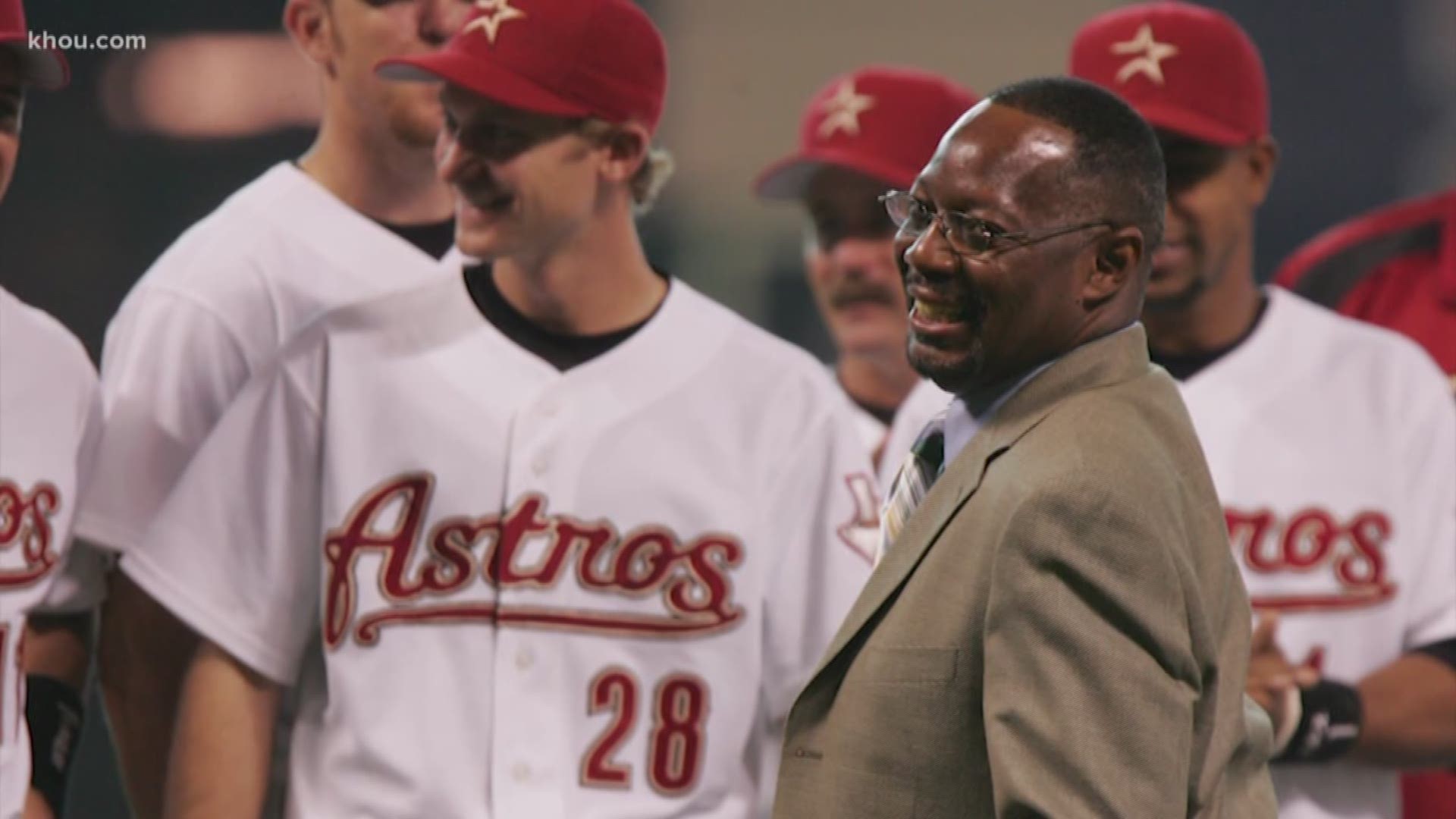 HOUSTON — Jimmy Wynn died Thursday at the age of 78.

Wynn, nicknamed "Toy Cannon," played 11 seasons in Houston as a part of the Colt .45s and Astros.

Wynn also played for the Dodgers, Yankees, Brewers and Braves. On June 25, 2005, Wynn’s No. 24 jersey was officially retired by the Astros.

"After his playing career, for several years, Wynn played an active role in the Astros community efforts. At the time of his passing, Wynn was a part of the Astros front office as Community Outreach Executive," the Astros said in a statement after his death.

“Today, we lost a very big part of the Astros family with the passing of Jimmy Wynn. His contributions to our organization both on and off the field are too numerous to mention. As an All-Star player in the 1960s and 70s, Jimmy’s success on the field helped build our franchise from its beginnings. After his retirement, his tireless work in the community impacted thousands of young people in Houston. Although he is no longer with us, his legacy will live on at Minute Maid Park, at the Astros Youth Academy and beyond. We send our heartfelt condolences to his wife Marie, daughter, Kimberly, son, James, Jr., to the other members of his family and to his many fans and admirers.”

Wynn got his nickname due to his power and stature. He stood 5 feet, 9 inches tall, but had an enormous amount of power in his bat at the plate and in his arm as an outfielder. He hit 30 homers three times in his 15-year MLB career, twice as a member of the Astros while playing at the spacious Astrodome.

On August 3, 2019, Wynn was inducted into the Astros Hall of Fame as part of the inaugural class. Wynn was also recognized for his outstanding community work on June 24, 2011, when the Astros and Minute Maid dedicated the Jimmy Wynn Training Center, which is a state-of-the-art baseball facility located at the Astros Youth Academy.

RELATED: Carlos Correa to millennials: 'Now is the time to stop only caring about ourselves'

RELATED: Justin Verlander undergoes surgery; expected to be out for about 6 weeks