The new deal will keep McCullers Jr. in Houston through the 2026 season. 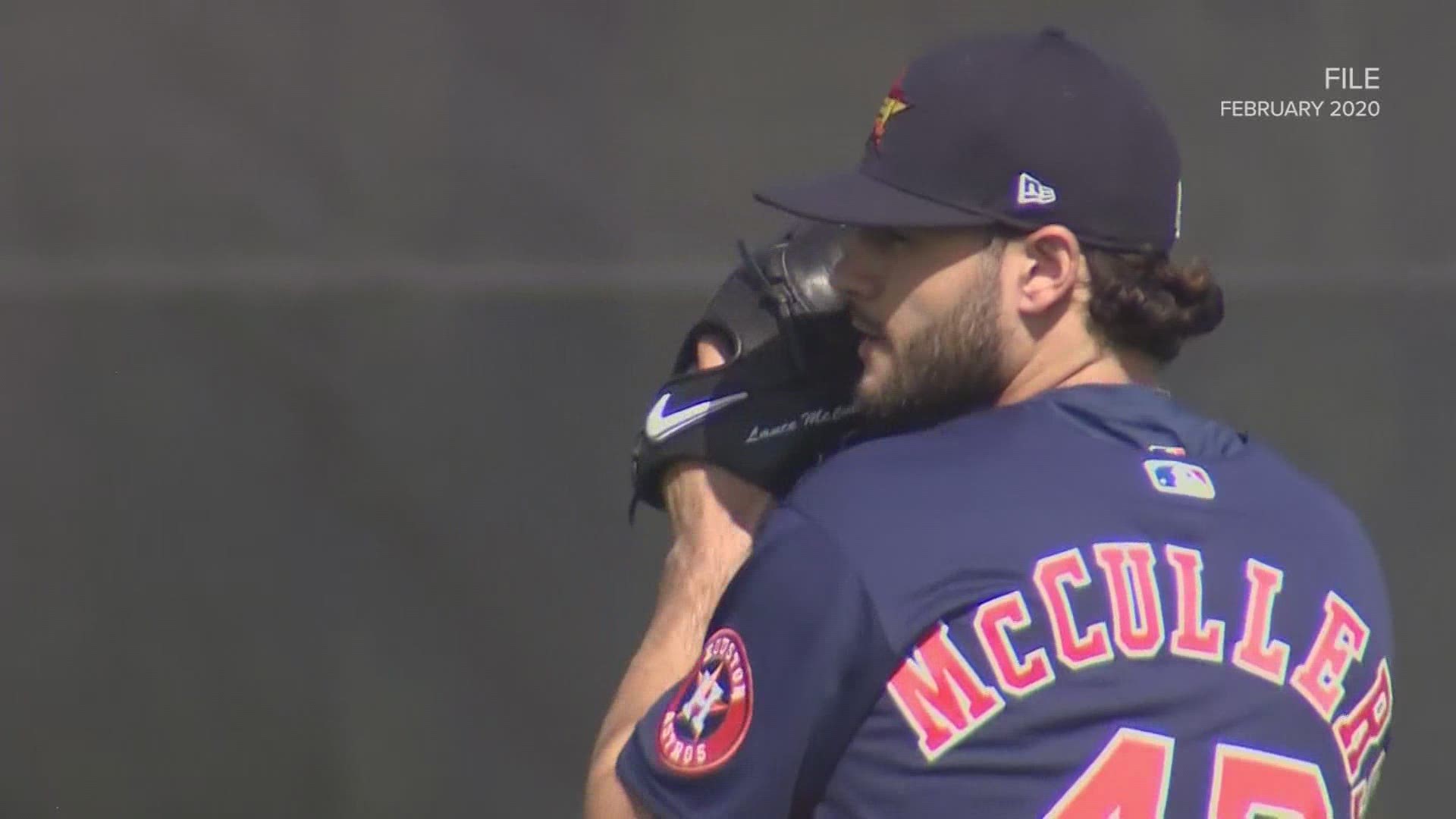 HOUSTON — The Houston Astros agreed to a contract extension with pitcher Lance McCullers Jr., according to multiple reports.

The new deal is reportedly for five years and is worth $85 million. It will kick in after the 2021 season and will last through the 2026 season.

Last season, which was cut short due to the pandemic, McCullers Jr. started 11 games for the Astros, going 3-3 with a 3.93 ERA while hurling 55 innings. He struck out 56 batters.