More than skin deep: Astros fans wear pride on their sleeves with tattoos before World Series

Astros fans who want more than gear to show their team spirit went to tattoo shops to get inked with Astros logos and more. 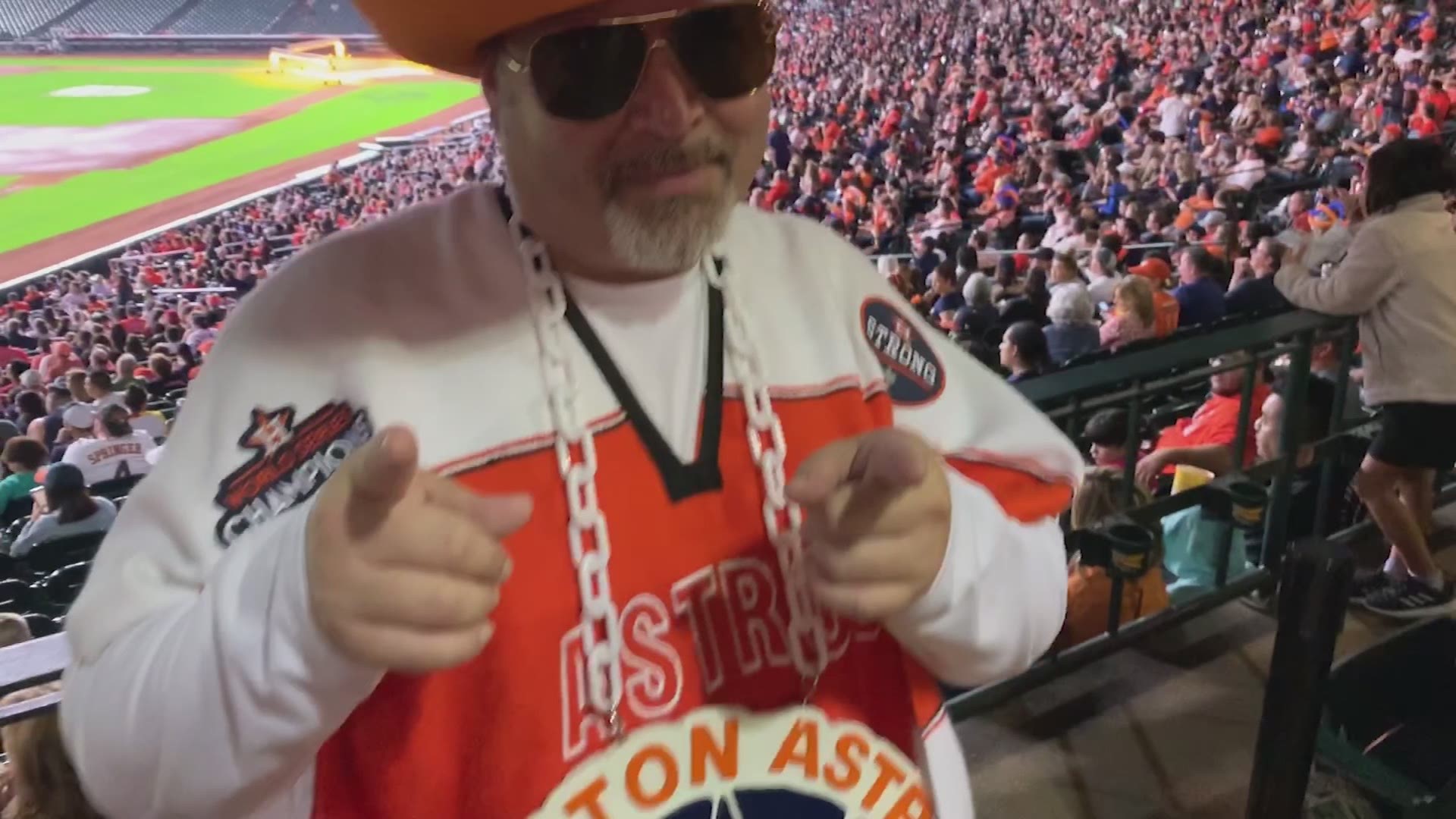 HOUSTON — How far would you go to show your Astros pride?

One fan watching Game 6 of the ALCS said she would get Jose Altuve’s name tattooed on her if they won.

”Man, is she seriously going to do this?” said her friend and Ink Hou shop owner Laura McAdams, known as Lala.

RELATED: LIVE BLOG: Gurriel's double has Astros up 2-1 over Nats

RELATED: Gerrit Cole, once a young spectator in the stands, leads the Astros in World Series opener

Altuve hit a walkoff two-run home run moments later to send the ‘Stros to the World Series for the second time in three years.

She made good on that bet at Ink Hou earlier this week.

”We’re going to win again, that’s why,” said Jaime Villarreal, an Astros fan who was getting his second Astros World Series tattoo on Tuesday.

Shops like Ink Hou are offering a discount: $20 Astros tattoos until a champ is crowned.

RELATED: Economists: World Series could bring up to $9 million per game for Houston

No doubt. No fear. Even with memorabilia that, once a fan gets, is permanent: they can’t take it back.

RELATED: 'This is like holiday season for me' | Lance McCullers gives away nearly 30 World Series tickets

“We’re going to take it back,” said Villarreal.

The shop owner said one of the artists is trying to do a portrait of Jose Altuve, and they’re flirting with the idea of offering it for free.