The event will feature giveaways, live music and of course appearances from Astros mascot Orbit and the Shooting Stars. 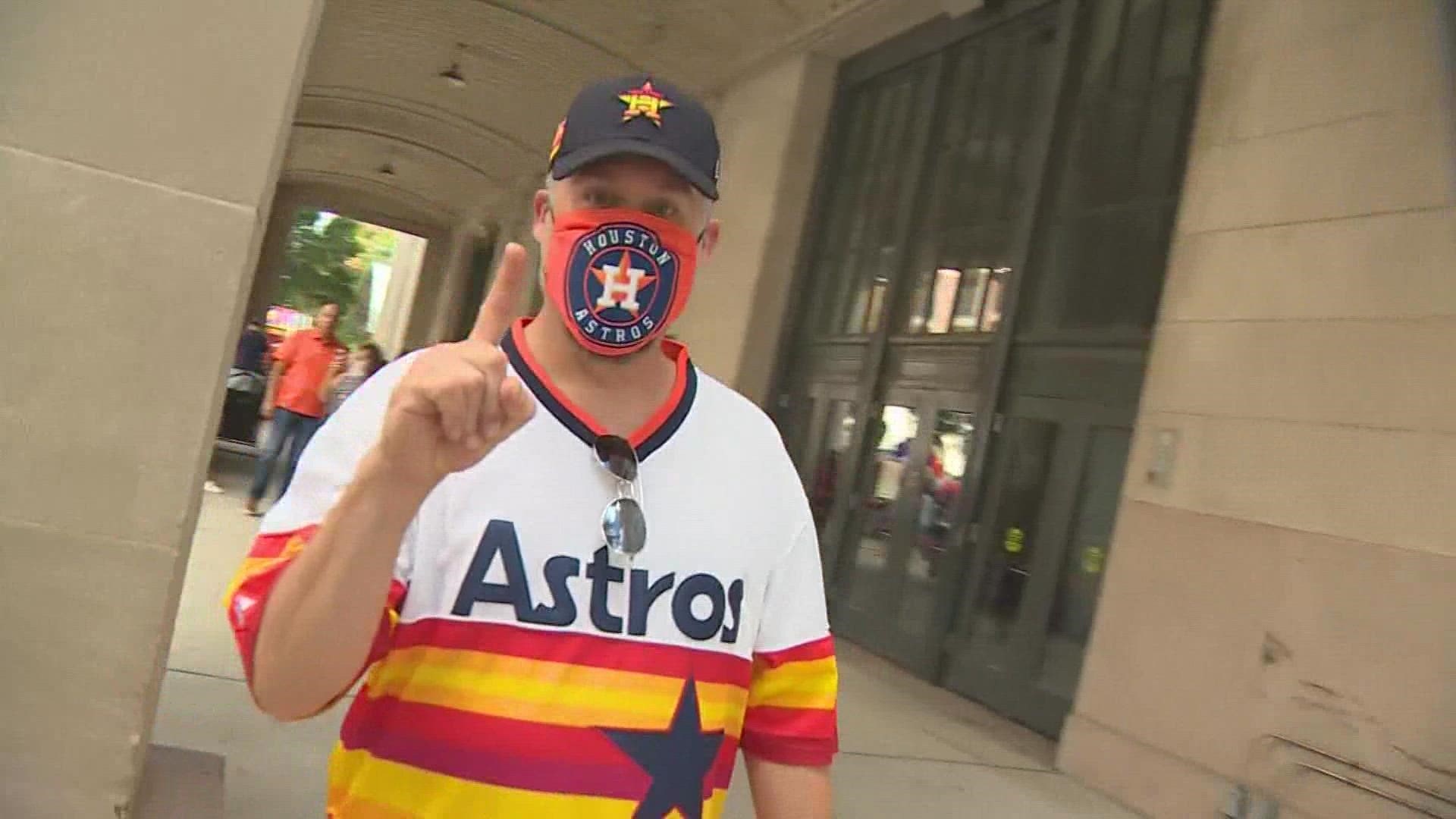 HOUSTON — Houston Astros fans were waking up with smiles on their faces Wednesday morning as their team made history Tuesday afternoon.

The Astros are just the second team to ever advance to five straight American League Championship Series.

Fans hit Academy Sports + Outdoors after the win, wasting no time in scooping up the latest Astros playoff gear released after the team beat the Chicago White Sox, 10-1, winning the series 3-1.

Those fans told us there’s nothing like play off baseball in the Houston!

“To see all the fans, how everyone comes together for our city, it's been so nice. I've enjoyed this year more than other years,” Ximena Arevalo, an Astros fan, said.

“Proud of my ‘Stros went up there and took care of business in Chicago,” Henry Osorno, another fan, said. “Now we’re going to welcome Boston into town Friday looking forward to it.”

There are several festivities lined up throughout the city today to celebrate.

Starting at Minute Maid Park on Wednesday, the Astros will be hosting a free post-season event on the sidewalk area outside the ballpark.

The event, which is being held to celebrate the Astros win in the ALDS, will include:

That event starts at 10 a.m. and goes through 6 p.m. with our ‘Stros back home Friday here at Minute Maid to take on the Boston Red Sox in Game 1. 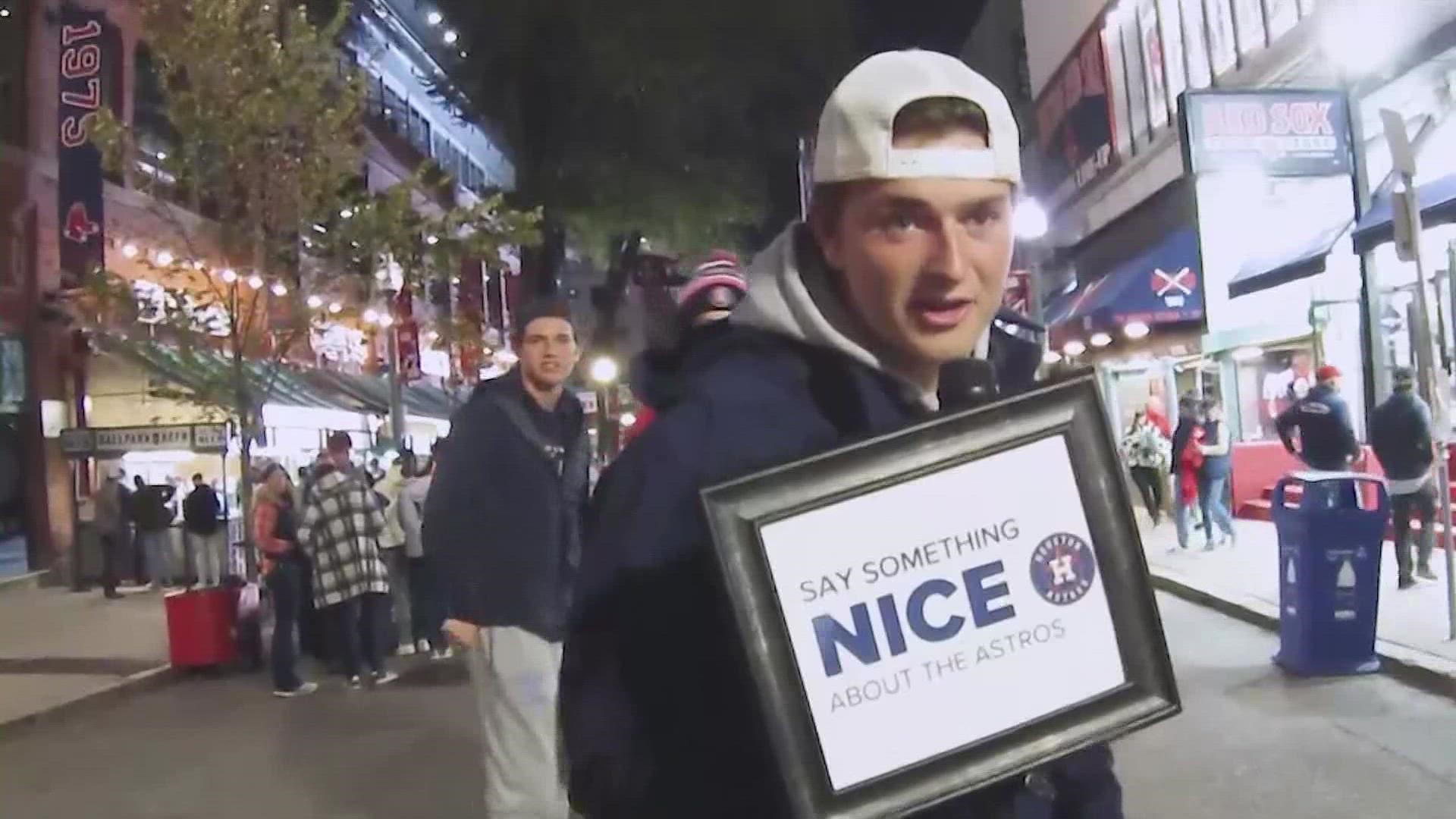 Can Boston Red Sox fans say anything nice about the Astros?