The Astros "do not agree" with the claim and say they will continue to use the t-shirt launcher. 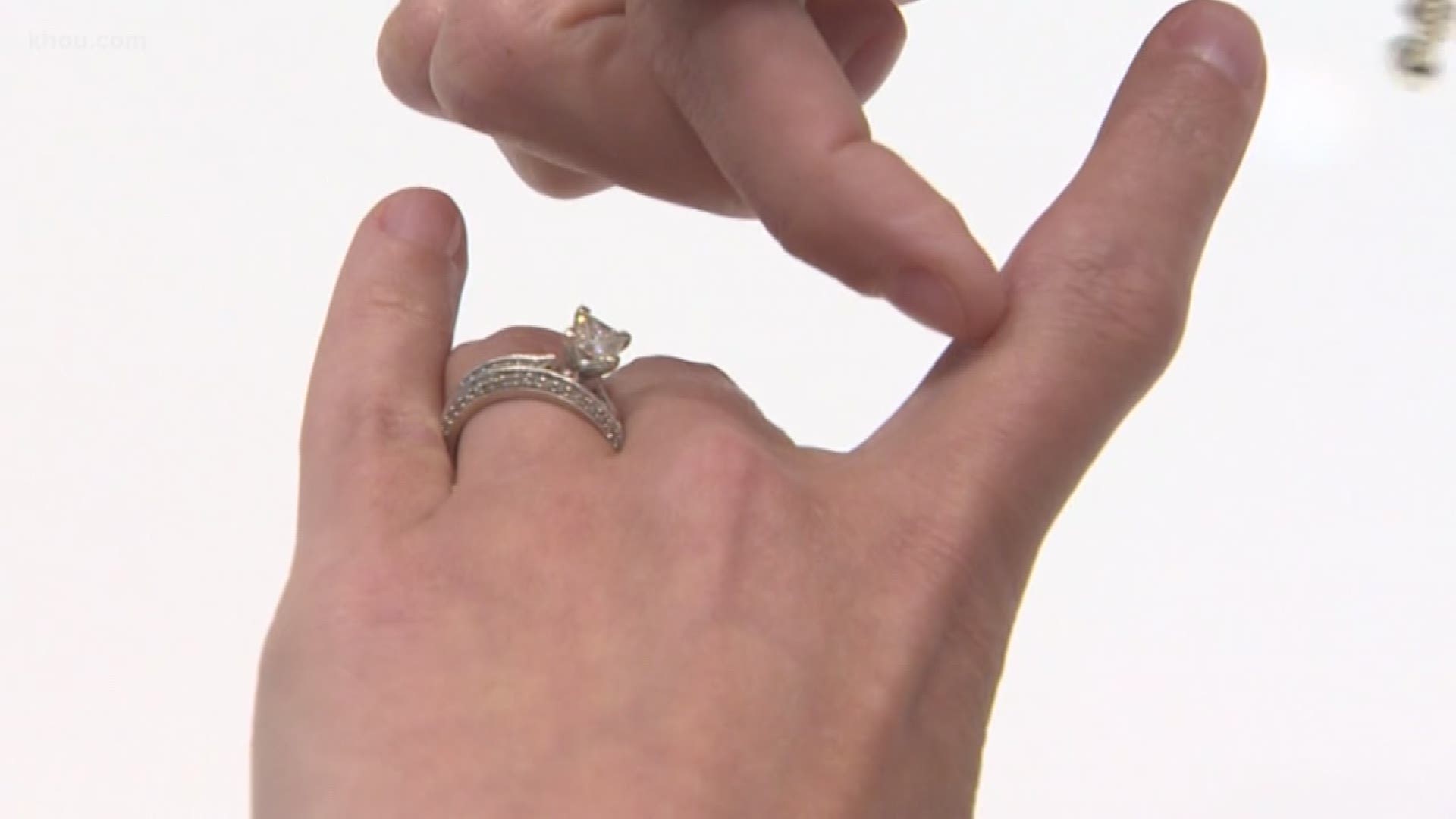 HOUSTON — A Montgomery County woman is suing the Houston Astros for more than $1 million after she broke her finger at a game in July 2018, according to court documents filed Monday.

Jennifer Harughty alleges her finger was shattered when the team’s mascot, Orbit, fired a T-shirt into the stands.

The lawsuit says Harughty was at the game with her sons, husband and her father seated behind third base about halfway up the first deck when the incident occurred.

"The kids were excited again, and he shot the T-shirt, and it was coming right at me. I was like, 'Oh, my gosh! I’m finally getting the T-shirt," Harughty said.

Orbit is accused of using a “bazooka style T-shirt cannon” to rapidly fire multiple shirts into the crowd during the game's seventh inning.

“Orbit took aim and fired a T-shirt into the stands where Harughty and her family sat. The T-shirt struck her left index finger head-on and with so much force Harughty’s finger fractured,” the lawsuit stated.

The woman went to the emergency room after the game where she was told she would need surgery. She later underwent two operations to fix the fracture.

"So whenever it hit here, the pressure and the force of the T-shirt, this knuckle couldn’t withstand so it just shattered once it hit," Harughty said. "Come to find out, it was shattered. We were thinking, oh, OK, it’s broke but no big deal. It’s a finger. We’ll put a cast on it. Four weeks, you’ll be fine."

The lawsuit alleges the team was negligent in several ways, including failing to use reasonable care when firing the cannon and failure to warn fans of the risks associated with the cannon. The lawsuit also claims Astros staff were not properly trained for the safe use of the cannon.

Documents show Harughty is asking for more than $1 million for physical pain, suffering and impairment along with mental anguish and loss of any earnings both in the past and in the future.

The plaintiff is demanding the case go to a trial by jury.

The Astros released a statement Tuesday afternoon saying they "do not agree with the allegations."

"As this is an ongoing legal matter, we will have no further comment on this matter."

The lawsuit is not the first of its kind. CBS Chicago reports that in 2013 a woman sued an Illinois town after she was struck in the face by a flying t-shirt during a festival.  In 2009 a man sued the White Sox after he was injured when fans jostled for a shirt that was launched into the stands.