“I know he’s watching over all of us right now," said Correa of 6-year-old Josiah McIntyre. "I’ll keep you guys in my prayers.” 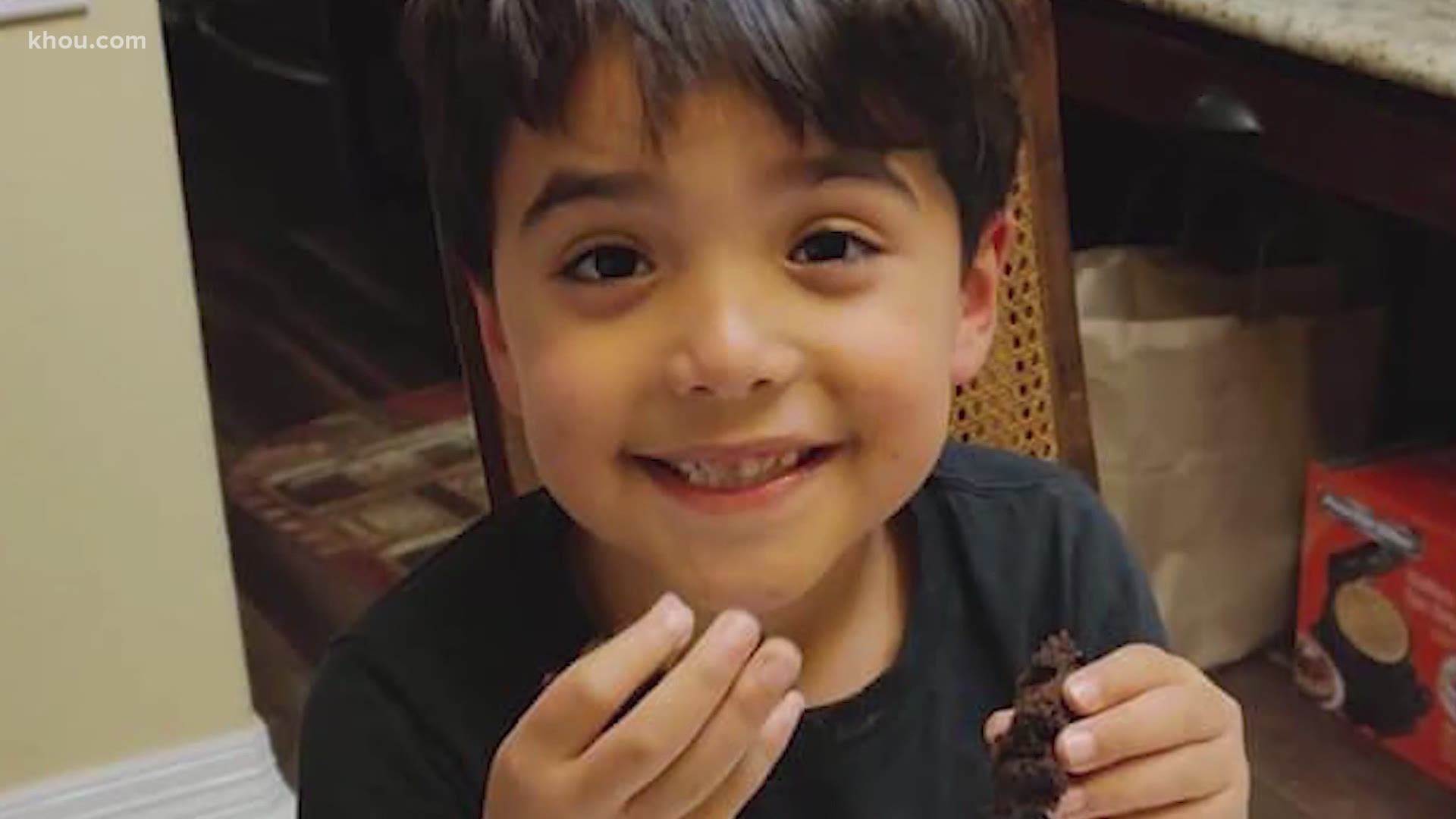 CLUTE, Texas — Houston Astros shortstop Carlos Correa is among the dozens and dozens of neighbors who are rushing in to support the family of Josiah McIntyre.

McIntyre is the 6-year-old Brazoria County boy who died after being infected by a rare but very deadly brain eating amoeba. The little boy was an Astros super fan. His mom said she is finding comfort in a message from her son’s favorite player.

Josiah McIntyre is still with us in so many ways.

“He used to say that his name was Josiah Christopher McIntyre Carlos Correa,” said Castillo. “He was probably the happiest little boy you would’ve ever met.”

The little boy’s memory is being treated like the superstar he was. It’s why friends and family organized an auction on Saturday in his honor. It’s why his smile is now printed on t-shirts and face masks.

McIntyre had just started the first grade at an elementary school in Clute, Texas.

Castillo said on Thursday, Sept. 3, her son complained of a headache.

“Friday, he started vomiting and having fever," she said.

Castillo thought her son might have the flu. She began to treat his symptoms with medicine and bedrest.

But by Saturday, Castillo said her son’s health wasn’t improving. She took him to an emergency room in Brazoria County. Doctors tested the boy for the flu, strep throat and COVID-19. All of the tests came back negative.

On Sunday, “He was starting to jumble sentences," Castillo said.

So she rushed her son to the Texas Medical Center. It’s more than an hour drive from her home in Clute. Castillo said doctors at Texas Children’s Hospital found swelling in McIntyre’s brain.

“We haven’t been to the river this year. We don’t go lake jumping or river jumping,” Castillo said. “You go straight to googling what it is and what exactly it does and how long it takes. It’s incubation time.”

The CDC reports Naegleria fowleri causes the disease primary amoebic meningoencephalitis (PAM), a brain infection that leads to the destruction of brain tissue. In its early stages, symptoms of PAM may be similar to symptoms of bacterial meningitis. Initial symptoms of PAM start about 5 days (range 1 to 9 days) after infection. The initial symptoms may include headache, fever, nausea, or vomiting. Later symptoms can include stiff neck, confusion, lack of attention to people and surroundings, loss of balance, seizures, and hallucinations. After the start of symptoms, the disease progresses rapidly and usually causes death within about 5 days (range 1 to 12 days).

McIntyre died Thursday, Sept. 8. His mother and his family were able to be with him in his final moments.

Castillo said she tried her best to say goodbye to her first-born child.

“I don’t know if you ever really do, because I feel like there was so much more I wanted to say. You can’t tell somebody you love them enough," she said.

The 6-year old was infected with a rare brain-eating ameba that's normally found in freshwater.

Except the family didn't visit any lakes or rivers.

Josiah played at a Lake Jackson splash pad and with a home water hose. pic.twitter.com/g7L4nV35Ol

Both Daniella Correa and her husband sent video messages to Castillo and her family. It speaks volumes of the Correas, and it brought comfort to the mother who misses her son.

“I was very sad, because I never got to meet him, never got to give him a hug, never got to say hi,” Carlos Correa said. “I know he’s watching over all of us right now. And I want you guys to know that I’m here for anything that you guys need. And hopefully, I can meet you guys soon. I’ll keep you guys in my prayers.”

People are praying for and thinking of Josiah McIntyre. He’s still with us in so many ways. His mother hopes his story will stay with us, too.

“It’s always, oh, one in 100. What are the chances of that happening to me?" Castillo said. "That’s how it is until it happens to you.”