A capsule look at the Indians-Astros playoff series

A look at the best-of-five American League Division Series between the Cleveland Indians and Houston Astros. 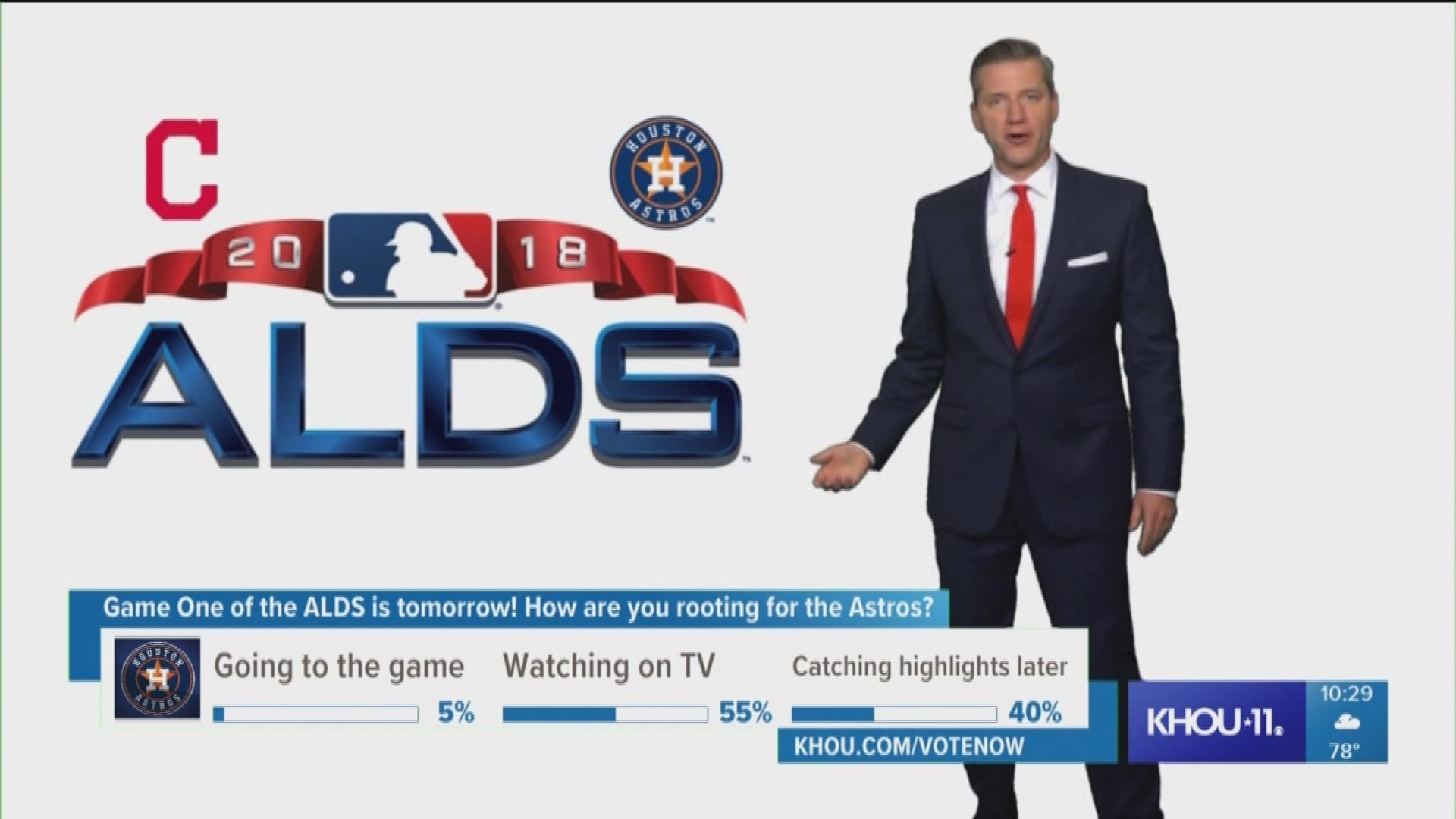 A look at the best-of-five American League Division Series between the Cleveland Indians and Houston Astros:

First postseason meeting between these teams. ... Indians faced Astros twice in May, losing two of three games at Minute Maid Park before splitting four-game series with defending World Series champions in Cleveland. Houston outscored Cleveland 45-29 overall. ... Cleveland won 8-6 and 10-9 slugfests over Houston in final two games, taking the finale on Greg Allen's walk-off homer in 14th inning. ... Indians batted just .229 against Houston pitchers. ... Lindor had major issues against the Astros, batting only .097 (3 for 31) and striking out seven times. His career average is just .201 vs. Houston. ... One bright spot for Cleveland's offense was Encarnacion, who batted .346 (9 for 26) with two homers, five RBIs and scored seven runs. He was only Indians regular to hit over .300. ... Kluber dominated in two starts, going 1-0 with 1.35 ERA and 17 strikeouts. ... Indians bench coach Brad Mills was Astros manager from 2010-12. ... Cleveland is 10-6 at Houston since 2014. ... Indians ranked second in MLB with .259 batting average and Astros were seventh at .255. ... Astros led majors with 3.11 ERA and Indians were ninth at 3.77. ... Encarnacion batted .417 with two homers and four RBIs in 2016 ALDS for Toronto against Texas. ... Bauer, who recently returned from broken leg, might start Game 4 for Cleveland — but could be used out of the bullpen in the first three games. He missed more than a month late in season but looked good in nine innings over three appearances in September and should be ready. He ended the season ranked second in AL in ERA.

Indians: Cleveland (91-71) waltzed to third straight AL Central title with sights set on October and possibly ending World Series championship drought dating to 1948 — longest current streak in majors. ... Indians failed to return to Series last year, blowing 2-0 lead in Division Series and losing to Yankees. ... Cleveland might be better prepared than ever for postseason with a superb starting rotation anchored by Kluber and a lineup strengthened by the late-season acquisition of Donaldson, the 2015 AL MVP. ... Lindor and Ramirez have been a dynamic duo again this season, combining for 77 homers, 198 RBIs and 59 steals. They're the first teammates to each get 80 extra-base hits in consecutive seasons since Yankees Hall of Famers Joe DiMaggio and Lou Gehrig in 1936-37. ... Indians are first team in major league history to have four pitchers reach at least 200 strikeouts. ... Bullpen was up and down all season, but Miller seems to be close to pitching like an All-Star again following three trips to disabled list. Cleveland manager Terry Francona might be able to mix and match in late innings with Miller, Hand and Allen. ... Donaldson's arrival pushed Ramirez from third base to second and strengthened infield defense. ... Kipnis had more time to adjust to playing the outfield after Ramirez's switch.

Astros: AL West champions for second straight year. Houston (103-59) set franchise record for wins and reached postseason for third time in four years under manager AJ Hinch. Astros are in playoffs for 12th time. ... Houston went 64-35 in first half but cooled off in second half (39-24). ... Verlander, Keuchel and Cole all finished in top 5 in AL in innings pitched. Astros became sixth team to do that and first since 1970 Orioles, who won World Series. ... Team acquired Osuna and Pressly before July 31 trade deadline to bolster bullpen. ... Hinch signed four-year extension in August to keep him under contract with club through 2022. ... Astros had better record on road (57-24) than at home (46-35). ... Altuve was on disabled list this season for first time in career, sitting out from July 26 to Aug. 21 with knee injury. ... Verlander led AL with 0.90 WHIP and was third with .200 opponents' batting average. His 2.52 ERA ranked third in AL and was his lowest since 2.40 mark in 2011 with Detroit when he won AL MVP and Cy Young Award. ... Bregman led offense with Correa and Altuve not performing as well as they have in past. The 24-year-old Bregman set career highs for homers, RBIs and doubles.

— Dynamite or Duds? Lindor and Ramirez make the Indians' offense go — or stop. The pair didn't show any flaws last season until October, when they went a combined 4 for 38 and struck out 13 times against the Yankees.

— Correa's Back. The top overall pick in the 2012 draft hit .268 with 13 homers and 49 RBIs in the first half this season but struggled with a back injury for most of the second half. He missed about six weeks and hit just .180 with two homers and 16 RBIs in 37 games after the All-Star break. He said he's feeling better now and hopes he can get back on track in the postseason.

— Bauer Power. The right-hander's ability to pitch multiple innings on short rest gives Francona a valuable weapon he won't hesitate to use against the Astros. Bauer will come out of the bullpen if either Kluber or Carrasco struggles in the first two games, and there's a chance Bauer could be used as either the closer or a bridge to the back of the bullpen.

— Morton's Shoulder. The right-hander spent time on the DL late in season with shoulder discomfort but made two appearances during the last week and appeared to have regained his velocity. He looked ready for the playoffs.

— Big Stage. Donaldson battled injuries before Toronto decided to trade him on Aug. 31 and get something in return before he hit free agency. The deal rankled other American League contenders, and now Donaldson has a chance in October to show he's still one of baseball's most dangerous hitters and perhaps create a lucrative market for himself this winter. He looked good in limited action at the end of the season, batting .280 with three homers and seven RBIs in 16 games. In five career postseasons, Donaldson has hit .292 with four homers and 13 RBIs.