MLB also has looked into starting the season in Arizona, Texas and Florida, playing in empty ballparks. 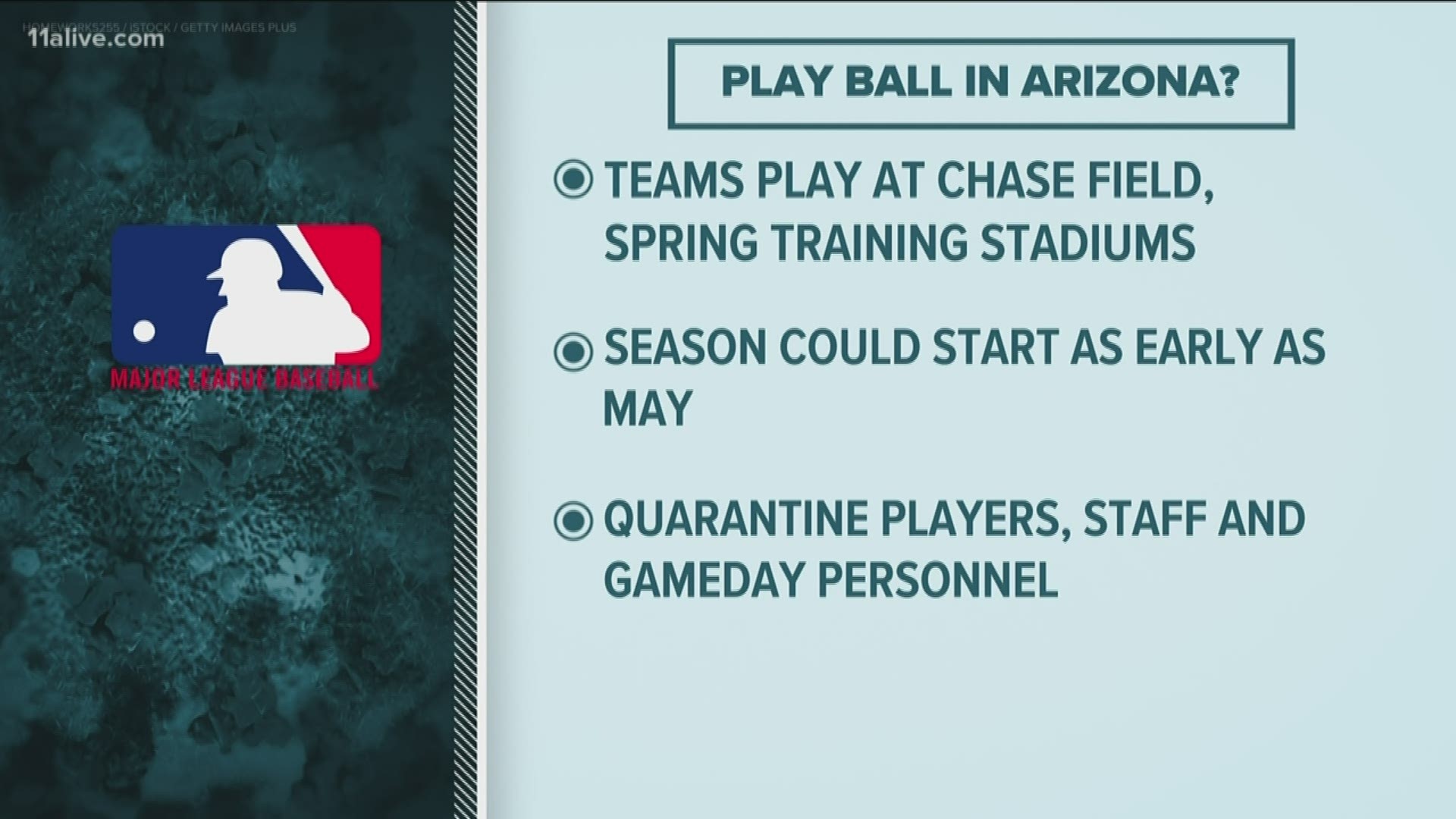 NEW YORK — Major League Baseball is exploring various options that could allow the season to start if the medical situation allows, including a plan in which the 30 teams could be split into three regional divisions.

Among the formats is one is which teams could be restricted to playing within their region, two people familiar with the discussions said Tuesday. The people spoke to The Associated Press on condition of anonymity because no public statements were authorized.

That plan, if used, would break up the traditional alignments of the American and National Leagues. It also would cut travel during the coronavirus pandemic.

MLB also has looked at configurations for all-Arizona, Arizona-and-Florida and Arizona-plus-Texas-plus Florida, the people said. The latest plan was first reported by USA Today.

MLB also has looked into starting the season in Arizona, Texas and Florida, playing in empty ballparks. Teams could switch later to their regular-season stadiums if the health situation allows. And if conditions improve later in the year, they possibly could start playing before fans with only a percentage of seats sold.

Opening day had been scheduled for March 26, but the new coronavirus caused MLB to delay the start to mid-May at the earliest.

Any plan would be subject to medical approval plus consent of federal, state and local authorities. Any schedule with games at neutral sites or without fans would require an agreement between MLB and the players’ association.

Baseball also is considering expanding the playoffs beyond the current 10-team format. Officials have discussed extending the playoffs into November or possibly even December, using domed ballparks and warm-weather cities.

Any plan would be contingent on baseball gaining access to test about 3,000 people on a regular basis: about 1,200 players plus staff and broadcast personnel. Players most likely would need three to four weeks of workouts before opening day.

Glance at plans sports leagues have made to resume play

When will sports fans feel safe in stadiums again?