Reports: Mike D'Antoni tells Rockets he will not return as head coach next season

D'Antoni's contract has expired and he will become a free agent, ESPN said. 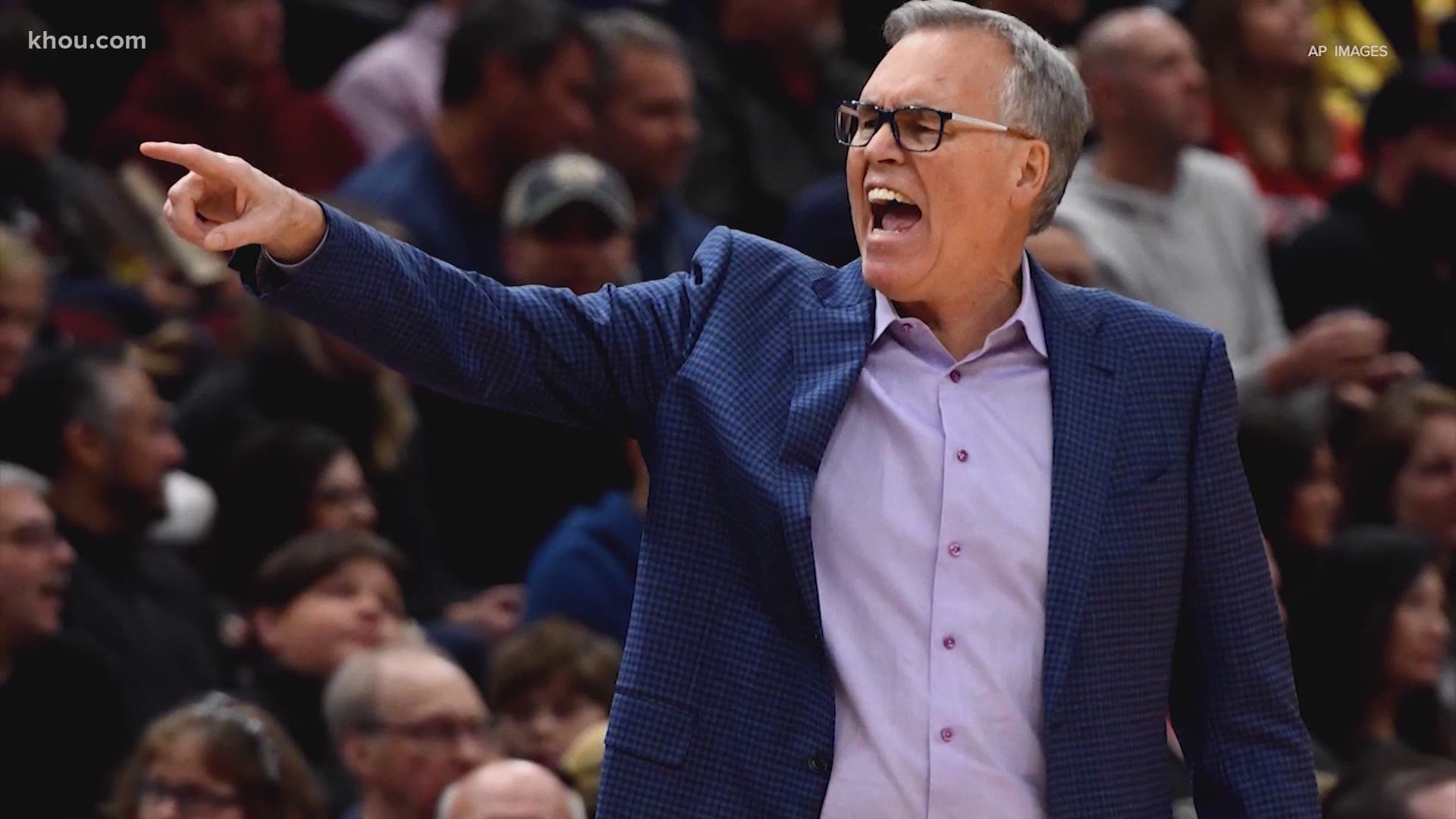 HOUSTON — Houston Rockets head coach Mike D'Antoni announced Sunday he will not be returning next season, according to multiple reports.

D'Antoni's contract has expired, and according to a statement sent to ESPN, he plans to move forward as a free agent.

"It's with tremendous sadness and gratitude that my wife Laurel and I announce that our incredible journey in Houston has ended for now and that we'll be moving to a new chapter.

Our time here was among the most memorable experiences of our lives. From the dear we've made, the incredible partnerships with civic minded-leaders and city officials, to the wonderful nonprofits and the clients they serve, Laurel and I will be forever indebted to this community for embracing our family.

Most of all, I can't think enough the entire Fertitta family, Daryl Morey, the staff and the incredible and dedicated players I've been privileged to coach. The Rockets are a historic NBA franchise with fantastic fans and we've been proud to join wit you to play in some of the success here in Houston."

"From the bottom of our hearts, thank you for making us feel like true Houstonians. For that, we will always be grateful."

Mike and Laurel D’Antoni statement to ESPN on departure from Rockets pic.twitter.com/XypyT8bgC0

D'Antoni was 217-101 in his four seasons as Rockets coach, advancing once to the Western Conference finals and four times to the playoffs. He brought the team a 23-28 playoff record.

He had turned down down extension offers before the current season, according to inside sources.

The Rockets' season came to an end Saturday night after a 119-96 loss to the Los Angeles Lakers in Game 5 of the Western Conference semifinals.

Houston took Game 1 of the series, but the Lakers won the next four to advance to the Western Conference Finals.