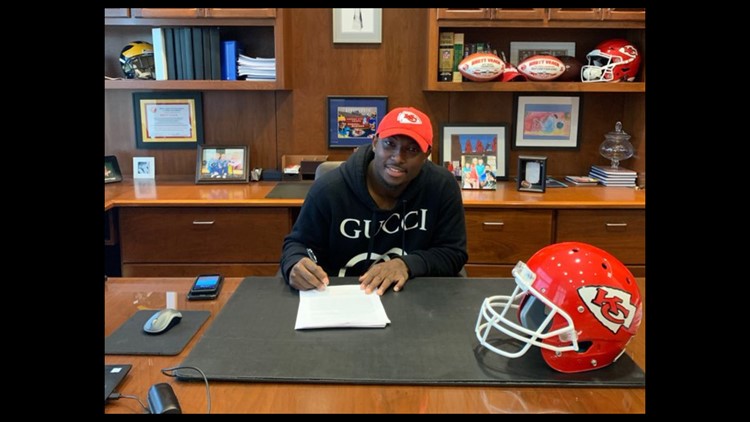 KANSAS CITY, Mo. — KANSAS CITY, Mo. (AP) - The Chiefs announced the signing of two-time All-Pro running back LeSean McCoy on Monday, two days after he was released by Buffalo and quickly reached an agreement with Kansas City.

The Chiefs signed Carlos Hyde in the offseason with the hope he could provide a veteran presence in a young backfield. But he was unproductive in the preseason and was traded to Houston, and Chiefs general manager Brett Veach moved quickly to sign McCoy to a $4 million contract for this season.

McCoy was drafted by Philadelphia, where he played his first four seasons, so he will be reunited with former Eagles and current Chiefs coach Andy Reid. He is also going from a rebuilding franchise in the Bills to a three-time AFC West champion with Super Bowl aspirations.