It's another in a long list of good deeds by Jim "Mattress Mack" McIngvale. 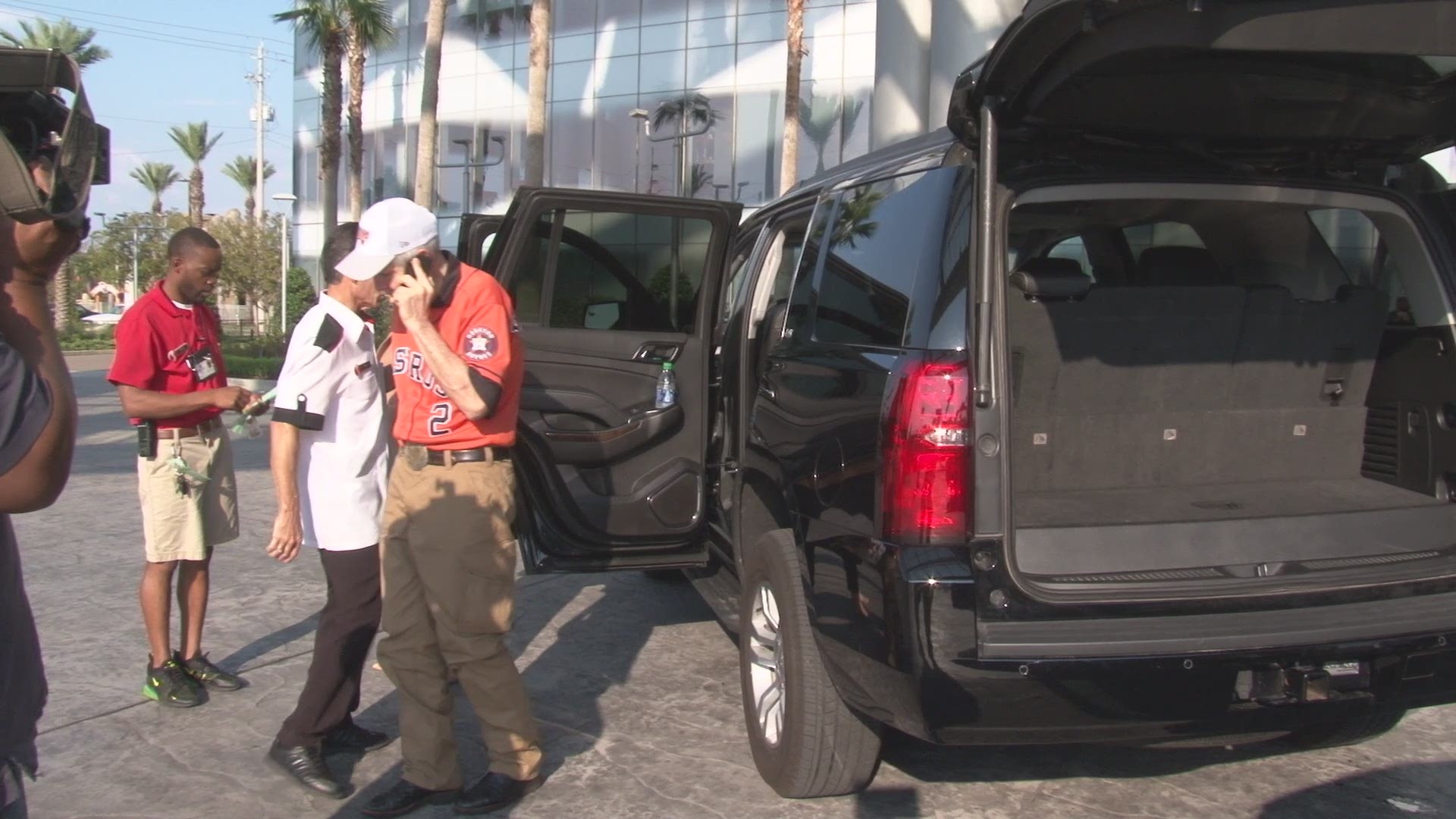 HOUSTON — Editor's note: The video above shows Mattress Mack betting $3.5 million on the Astros to win the World Series.

Jim "Mattress Mack" McIngvale is bringing 100 veterans to Game 1 of the 2019 World Series.

Mattress Mack and 100 veterans from Camp Hope will be in attendance as Gerrit Cole takes on Max Scherzer at Minute Maid Park on Tuesday.

Camp Hope opened in Houston in 2012. It offers temporary housing for veterans and their families suffering from combat-related post-traumatic stress disorder.

He said thieves broke into his car, but didn't get his Astros tickets. Now, those tickets are being used for a noble cause.

The Astros are taking on the Nationals in the World Series. Houston is looking to win its second title in the past three seasons.

The Nationals are making their first World Series appearance in franchise history.

RELATED: Mattress Mack: You broke into my car, but you didn't get my Astros tickets