The shooting guard comes to the Rockets after going straight from high school in California to the NBA G League. 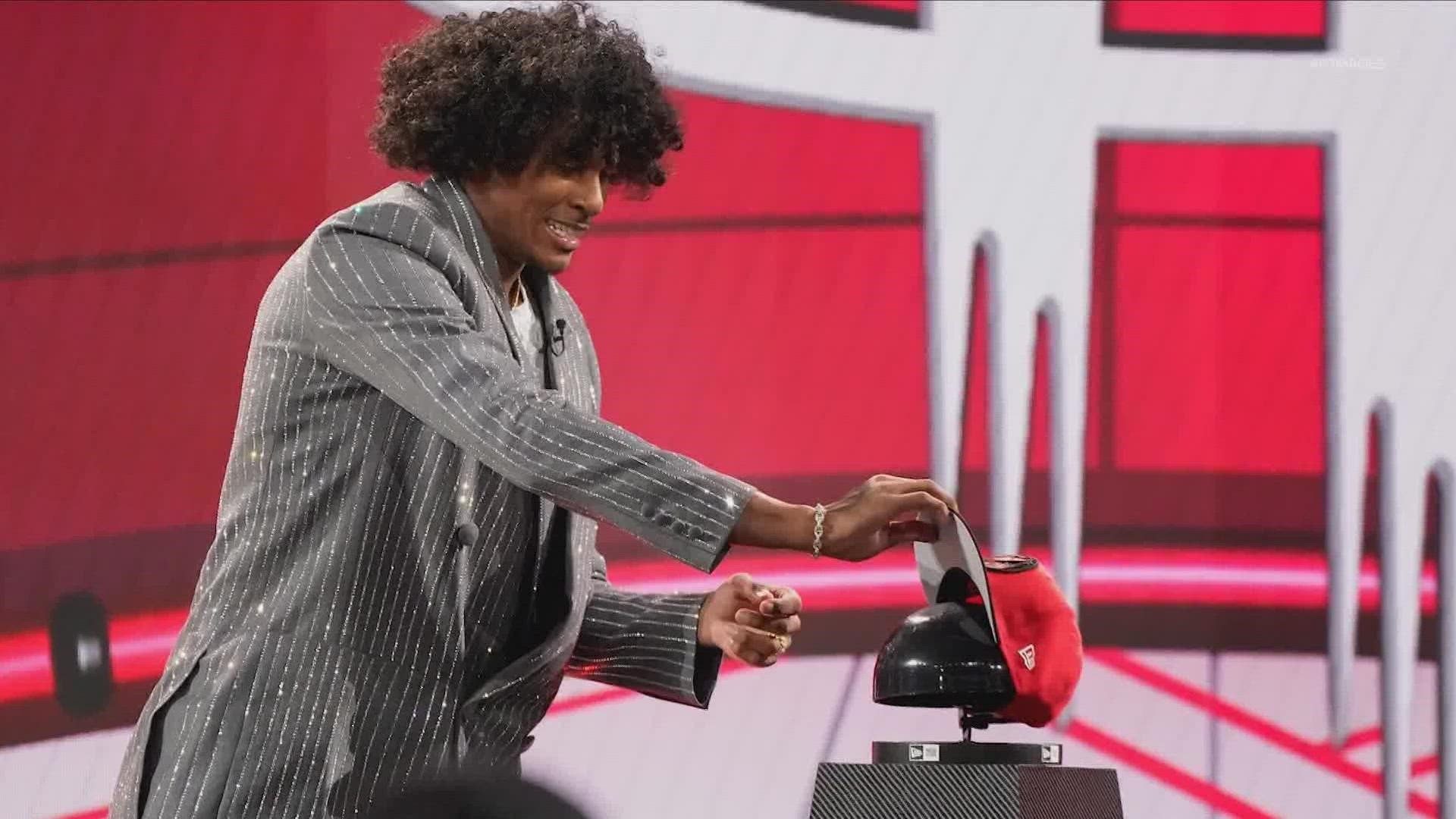 HOUSTON — The Houston Rockets selected Jalen Green with the second overall pick in the NBA draft.

Green joins a team that is rebuilding after sinking to an NBA-worst 17-55 last season after James Harden forced a trade to Brooklyn to end a streak of eight consecutive playoff trips.

Jalen Green, picked #2 by @HoustonRockets, is also Filipino-American.#Houston has one of the largest Filipino populations in the Southern United States
"It's kind of like it was scripted...
"I can't wait to meet everybody and see the fans. It's going to be exciting." @KHOU pic.twitter.com/khTYVyNxAS

Jalen Green on joining @HoustonRockets at the No. 2 overall pick: "The coaching staff and the offense...it just plays to my strengths.
"I want to be all-(NBA) defense.
"It's all going to work out perfectly." @KHOU pic.twitter.com/beYvOJcjTX

The shooting guard comes to the Rockets after going straight from high school in California to the NBA G League. The 6-foot-6, 186-pound Green averaged 17.9 points, 4.1 rebounds and 2.8 assists a game for the Ignite last season.

According to the Rockets, Green won gold medals with USA Basketball at the 2019 FIBA U19 World Cup, 2018 FIBA U17 World Cup and 2017 FIBA Americas U16 Championship.

The last and only time the Rockets drafted a player No. 2 in a draft, it was Rudy Tomjanovich, according to the team. They also got the draft rights to Steve Francis, who was the No. 2 pick by Vancouver back in 1999.