The conductor's real name is Bobby Vasquez and he's been moving the iconic train and blowing the whistle for 21 seasons with the Houston Astros. 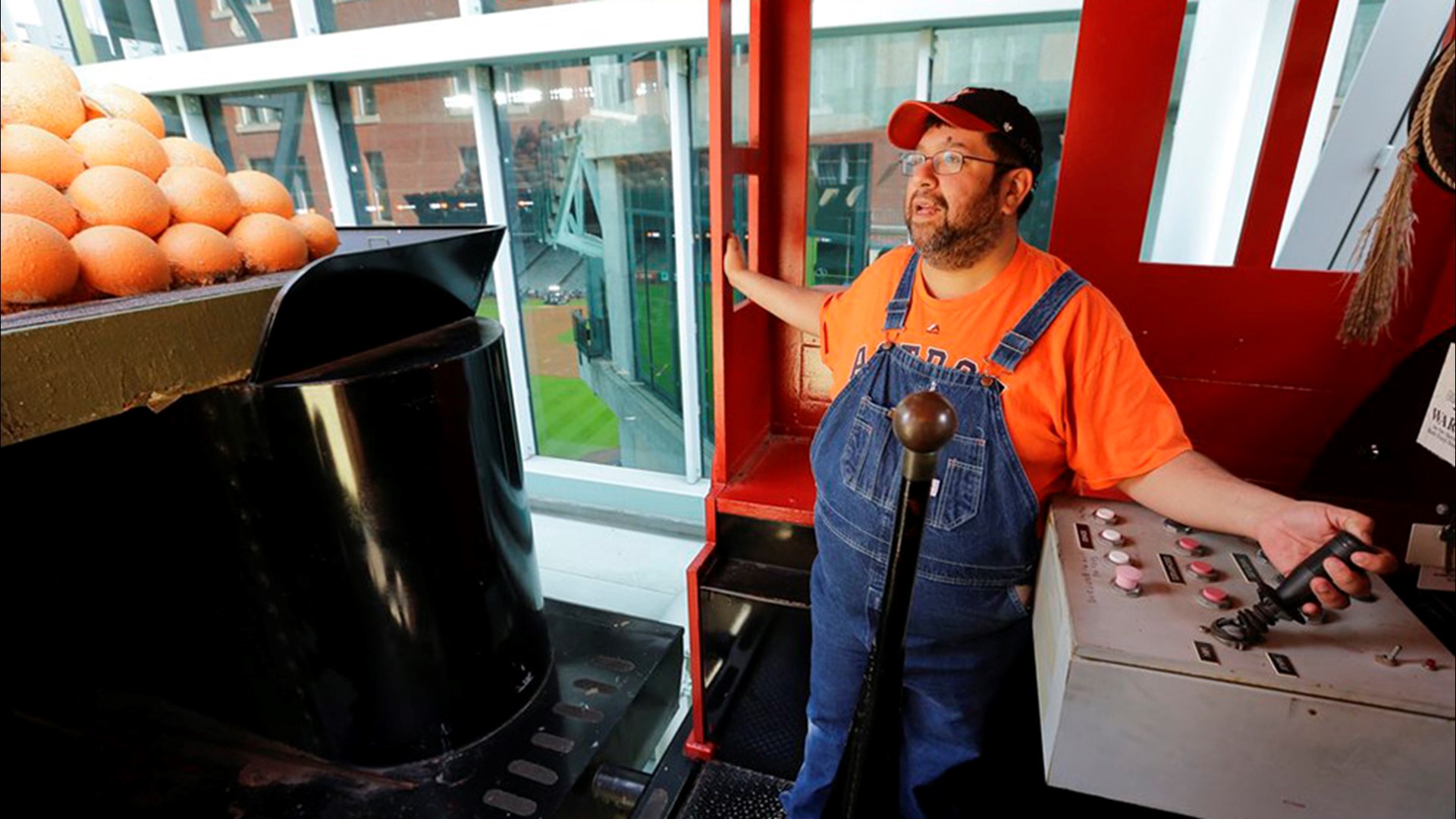 HOUSTON — When the Astros slam home runs at Minute Maid Park, players celebrate, fans cheer and Bobby Dynamite jumps into action. He's the conductor who runs the iconic Minute Maid train and blows the whistle for the fans. "Choo choo!"

The train guy's real name is Bobby Vasquez and he's been parked on the left-field tracks in his familiar overalls since Minute Maid opened in 2000.

This will be Bobby's fourth World Series in 21 seasons with the Astros, the third trip in the last five years.

"I wouldn’t trade it for anything in the world,” he told us during the 2017 World Series against the Dodgers.

The 41-year-old, who started as an Astros intern, moves the train and blows the whistle each time the Astros take the field in the first inning, hit home runs and win the game.

By day, he works at a newspaper in Deer Park.

"By night, I get to come up here and be 'Bobby Dynamite' and drive the train and cheer for the Astros and help it stay loud in the ballpark," Bobby told us in 2020. “I never lose sight of how lucky I am to get to do what I do."

The Crawford Seats below the train are a hot spot to catch home run balls, but Bobby says only one dinger has dented his train. Evan Longoria blasted a two-run homer off then Astros pitcher Mike Fiers in 2017. (Yep, THAT Mike Fiers.)

The last time the train was hit during an official ball game was on a homer by @Evan3Longoria. He put a dent on one of the speaker holes that's covered by the Nolan Ryan Beef sign.

2020 was the most surreal season with no fans in the ballpark because of COVID.

“I've been socially distant in baseball for the last 20 years, so being up there by myself is not that big of a deal," Bobby said back then.

The Minute Maid train is modeled after an 1860s-era locomotive. The ballpark is built at what was once Houston’s Union Station.

The train pays tribute to the city’s railroad history and its significant impact on the development of Houston. A train engine is also featured in the City of Houston’s official seal.

Here's hoping Bobby is very busy this week when the Braves come to town. "Choo Choo!"

1 / 7
AP
Bobby Vasquez operates a train in and around Minute Maid Park before Game 4 of baseball's World Series between the Houston Astros and the Los Angeles Dodgers Saturday, Oct. 28, 2017, in Houston. (AP Photo/Eric Gay) 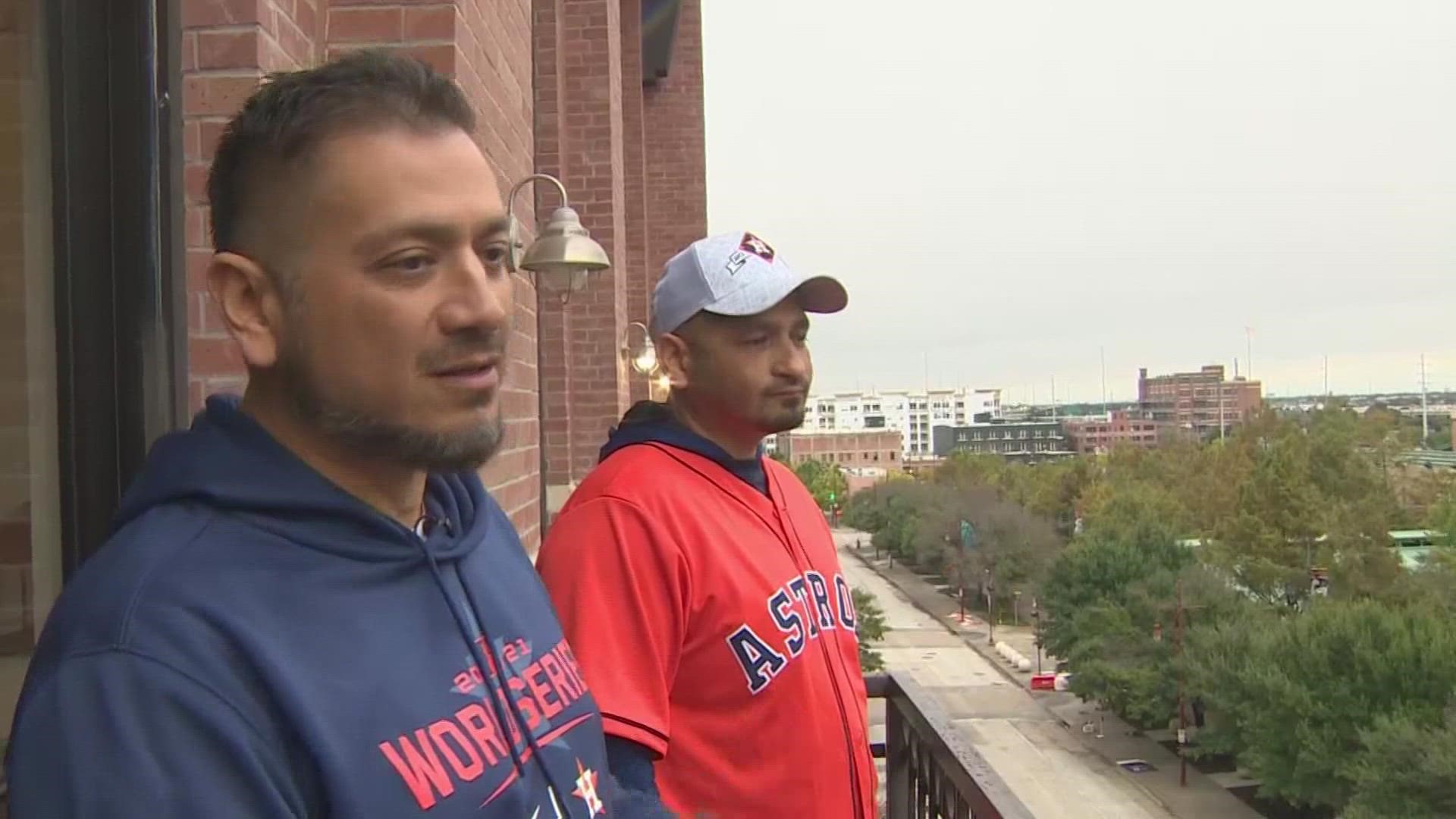