Is America’s next great Formula 1 driver a 15-year-old from The Woodlands?

15-year-old Jak Crawford, of The Woodlands, is an American prodigy climbing the European ladder of open-wheel racing. 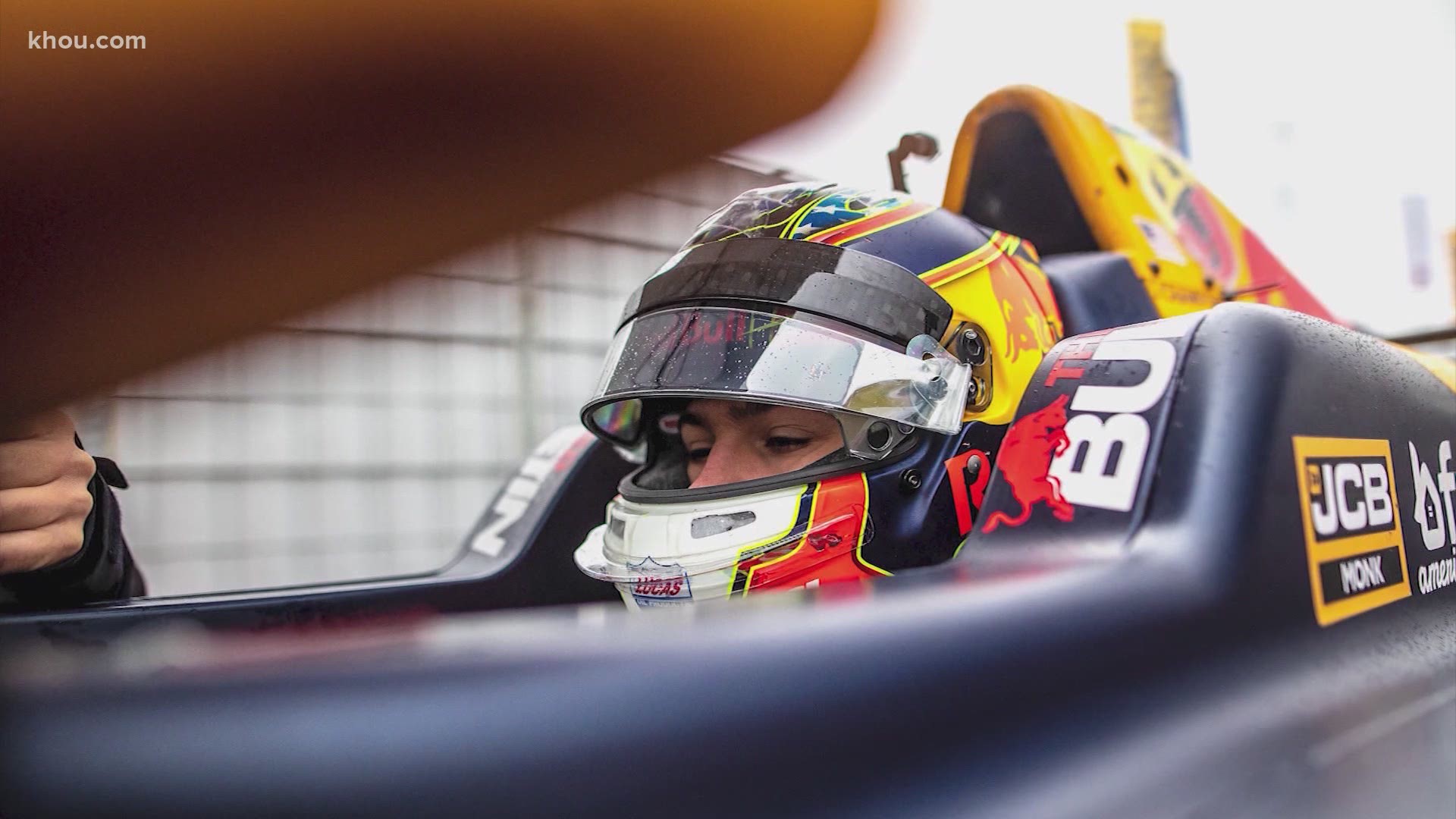 THE WOODLANDS, Texas — Handling two wheels on his way home from work, Jak Crawford is an unremarkable 15-year-old. Put him on four wheels, though, and he may be one for the ages.

Crawford, of The Woodlands, is an American prodigy climbing the European ladder of open-wheel racing. It seems as though the only thing slowing him down was the COVID-19 pandemic.

“It's been difficult,” Crawford said. “I just saw my parents for the first time in six months.”

Crawford is living in the Netherlands as he chases his dream of making it to Formula 1. "That's the ultimate goal," Crawford said during a recent interview on Zoom.

Right now, he's racing Formula 4 - for younger drivers - in places like Germany, Italy and Austria; where he wins and reaches the podium about 50% of the time.

What separates Crawford from the other drivers, aside from speed and skill, is his sponsor. He's the only American within Red Bull's esteemed junior development team, which spotted Crawford racing go-karts, something he'd done since the age of six.

What could be in his future?

"The maximum, as (much as) possible," said Peter Van Erp, principal of Van Amersfoort Racing, Crawford’s car owner. "We always go for the maximum. He's still very young. He still needs to learn a lot but the raw talent is there. It's our job to make him a serious race car driver and get him ready for the future."

These days, his routine includes 9-to-5 days at the race shop. Working out. Testing. Tinkering. Whatever needs to be done.

“You know, there's always a little bit of pressure,” Jak Crawford said. “But at least for me and a couple of the others we have, we have a really high skill level and it's just a matter of doing what you know what to do and it will come automatically.”

Whether it's on the track or on his bike, Jak Crawford, at just 15-years-old, is proving he can handle it.