Houstonians continue to show their support for Simone Biles

The shockwave felt from the consecutive withdrawals has been felt all the way from Tokyo to right here in the heart of Houston. 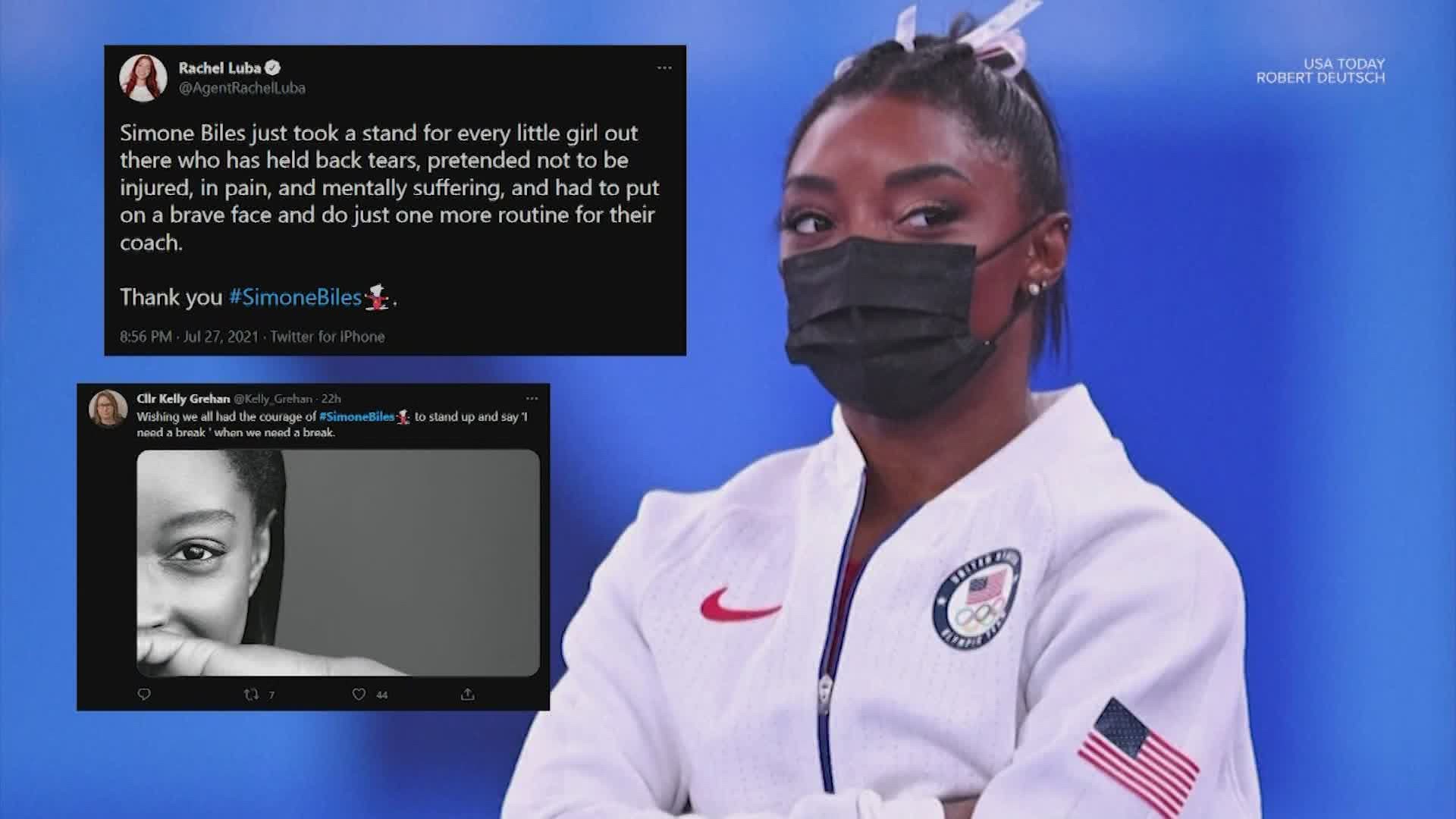 HOUSTON — Simone Biles stunned everyone when she decided not to compete in her team’s final Tuesday and today she’s saying she won’t be defending her individual title.

But her decision to put mental health first is being met with nothing but support locally.

The shockwave felt from Biles consecutive withdrawals has been felt all the way from Tokyo to right here in the heart of Houston, at Memorial Park.

But after her decision to not compete in the individual all-around, Biles’ fellow Houstonians have made it clear that they’ve got nothing but support for the U.S. superstar.

Biles could have been the first female gymnast in over 50 years to repeat as all-around Olympic champion. However, today, parkgoers like former gymnast Kelsie Shoemake, say Simone’s inspiring others in a different way by choosing to take a stand over the podium, her mental health over medals.

“I actually grew up as a gymnast so I understand what it’s like. You can win all the medals and be the best in the world, but it’s never going to feel good enough,” Shoemake said.

Elsewhere around Houston, Mayor Sylvester Turner shouted out his support to the four-time gold medalist.

“It takes a lot of courage for a champion like her, at the top of her game to just say that she needs a break,” the mayor said.

the outpouring love & support I’ve received has made me realize I’m more than my accomplishments and gymnastics which I never truly believed before. 🤍

And while Biles withdrawal comes on the world’s the biggest stage, residents like Tre Brooks say he believes amid the pandemic, it comes at the perfect time for people to understand her mental struggle.

“I feel like we all can understand that. It all hit us hard in the same way,” Brooks said.

Houston residents will keep cheering her on, no matter what’s next.

“She’s a legend and an icon and will continue to do bright things in her future. I hope she takes Houston along for that ride," Booker said.