First game is against division rivals Jacksonville Jaguars on Sept. 12 at NRG Stadium. 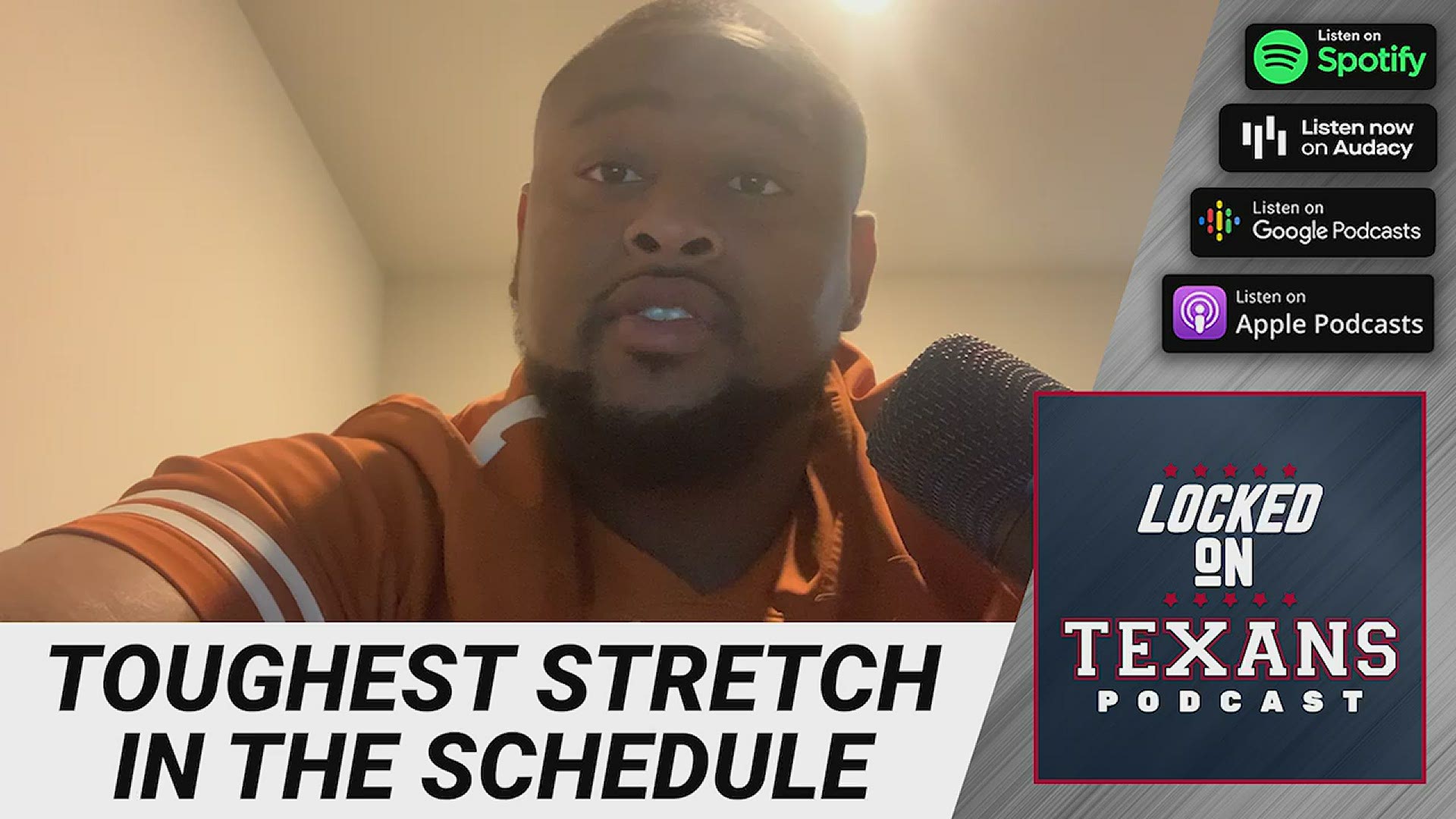 HOUSTON — The Houston Texans have released their 2021 season schedule and for the first time, it's an 18-week schedule. It includes a preseason matchup with the Super Bowl champs, a showdown in Arizona with J.J. Watt, DeAndre Hopkins and the Arizona Cardinals and more.

As for primetime regular season games, the Texans have one on the third week of the season. It's a Thursday night home game against Carolina.

Here's a rundown of the full schedule.

At Dallas (Date and time TBD)

The season starts with a home game against division rivals, the Jacksonville Jaguars.

The Jaguars, who had the No. 1 pick in the draft, will take on the Texans at NRG Stadium on Sunday, September 12 at noon. You can watch the game on KHOU 11.

It'll be the debut of the Jaguars quarterback Trevor Lawrence, who led the Clemson Tigers to the college football title in 2019.

It'll also be a matchup of new coaches as David Culley for Houston and Urban Meyer in Jacksonville make their debut.

According to the team, the rest of the schedule will be released tonight on HoustonTexans.com and the NFL Network.

Last season, the Texans finished third in the AFC South Division with a 4-12 record.

It was a turbulent period as fans— and the players —grew increasingly frustrated with back-to-back loses and eventually bid farewell to Coach and General Manager Bill O'Brien.

O'Brien had been with the team since 2014. Romeo Crennel stepped in as interim head coach to finish out the season, making way for Culley. The Texans eventually hired Nick Caserio as the team's new general manager.

The team also lost star QB De'Andre Hopkins in 2020, and then this year, defensive linemen JJ Watt also left for the Cincinnati Cardinals. Watt started his pro football career with the Texans in 2011.