The Texans tweeted McNair died peacefully in Houston with his wife Janice and his family by his side. 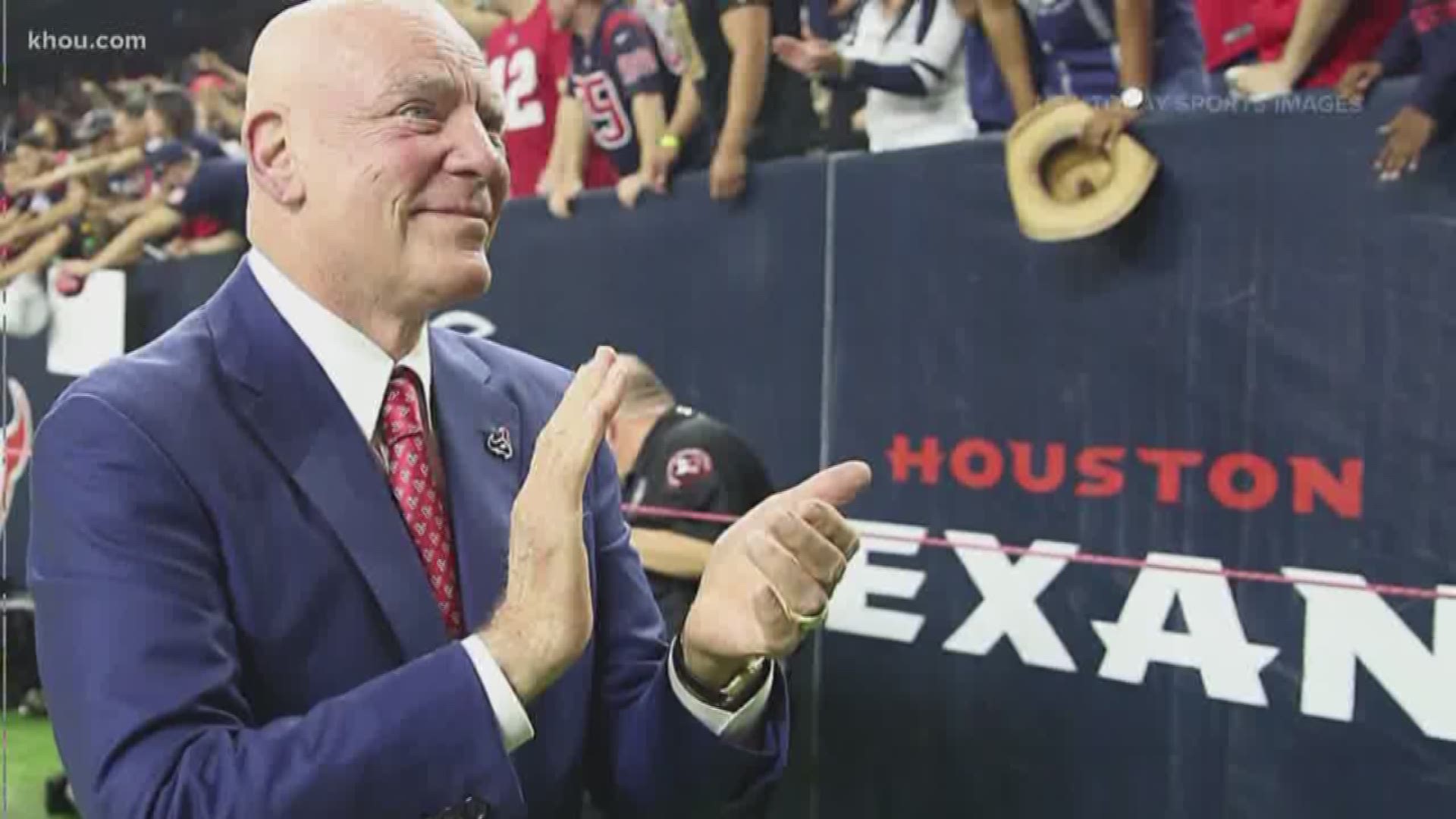 McNair had battled both leukemia and squamous cell carcinoma in recent years. The team did not immediately release a cause of death, but says he died peacefully with his wife Janice and his family by his side.

It is with deep sadness that we announce Houston Texans Founder, Senior Chairman and Chief Executive Officer and philanthropist, Robert C. McNair passed away peacefully in Houston today with his loving wife, Janice, and his family by his side. pic.twitter.com/7J9PWoxKZv

“We lost an incredible man today. Bob McNair had a positive impact on so many people’s lives. He was the reason professional football returned to Houston.” pic.twitter.com/z11TedHVzr

Head coach Bill O'Brien said McNair was an amazing man who made tremendous contributions to the NFL and the City of Houston.

“He was a very caring, thoughtful and passionate individual. As much as he cared about winning, I think the thing I will remember most about Mr. McNair is the way he cared about the players. I know how much giving back meant to him and his loyalty and generosity to the City of Houston and our community will never be forgotten. My thoughts and prayers are with Janice and the McNair Family.” - O'Brien

“We lost an incredible man today. Bob McNair had a positive impact on so many people’s lives. He was a role model as a father, husband, philanthropist and businessman. He was the reason professional football returned to Houston and he stewarded our franchise with a laser focus on honesty, integrity and high character." - Rootes

“Today is a difficult day for the Houston Texans family and the entire NFL. Mr. McNair did so much for our organization and the City of Houston throughout his time as owner of the Texans. He cared deeply about the players, coaches and staff, and he gave all of us unwavering support to be successful. I remain humbled and honored for the leadership opportunity he provided me here in Houston. He was a true family man and his sincerity and kindness extended to the families of this organization.” - Gaine

Former president George H.W. Bush said McNair was a good friend of his and helped many in need.

“Bob McNair wasn’t just the brightest Point of Light in Houston; he was one of the kindest and most generous people anywhere,” said Bush. “ He was simply The Best.”

He cared deeply about the league and was generous with his time and willingness to share his insights as an exceptional businessman. But above all, Bob was a family man," said NFL Commissioner Roger Goodell. "I extend my heartfelt condolences to Janice, their family, the Texans, and the entire Houston community."

McNair was a leading businessman, sportsman and philanthropist in Houston who returned professional football to Houston in 2002. His idea to bring the NFL back to Houston was approved on October 5, 1999 after a 29-0 vote by the League’s owners to award him the 32nd NFL franchise. His influence and leadership also brought two Super Bowls to NRG Stadium: Super Bowl XXXVIII in 2004 and Super Bowl LI in 2017.

As a committed leader in the NFL, McNair was actively involved in league affairs including serving as chairman of the Finance Committee and a member of the Audit, Compensation and Chairman’s committees.

Football, family and foundation: A look back at Bob McNair's life 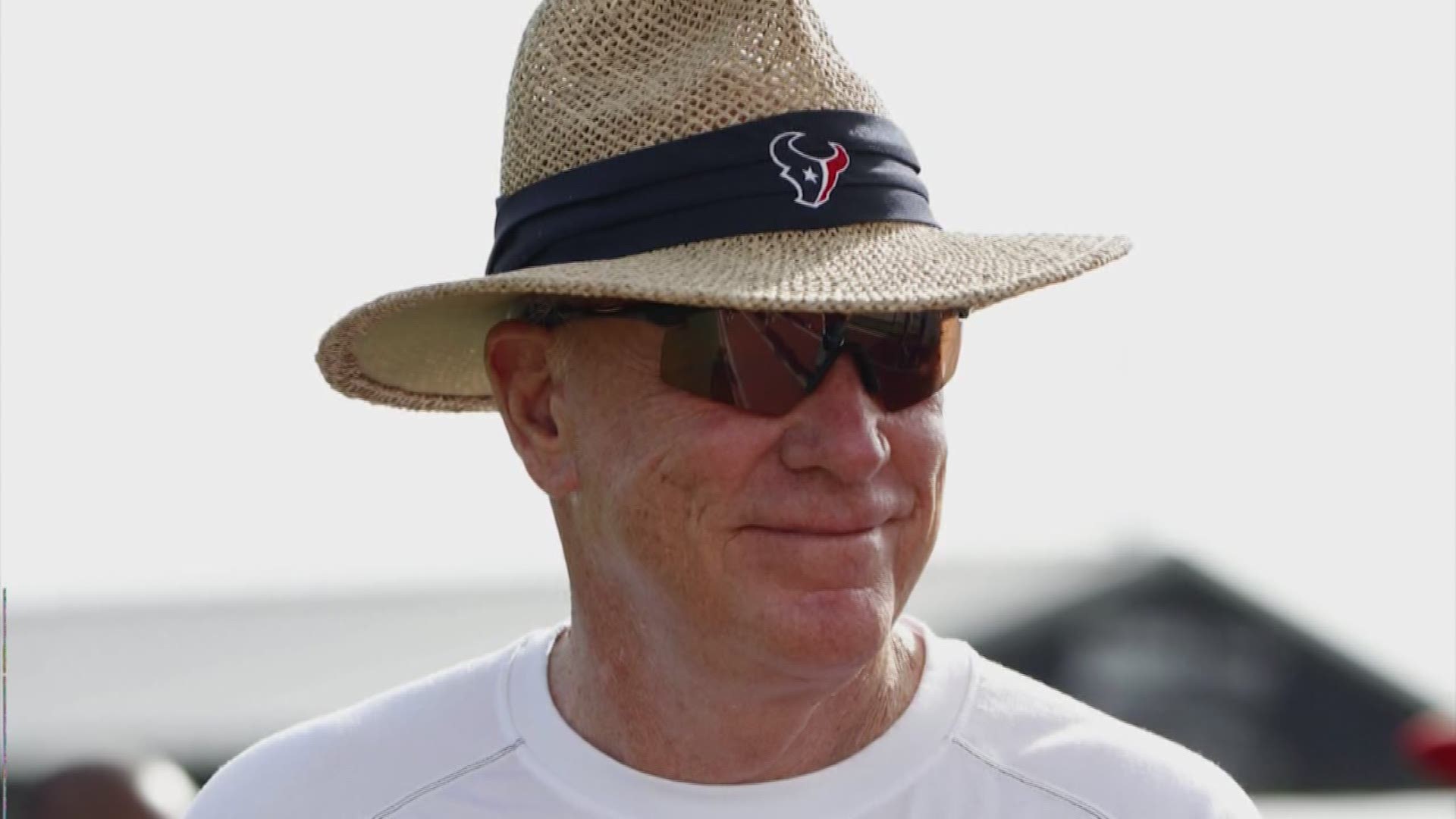 Throughout his life, McNair and his charitable foundations generously gave more than $500 million to a wide array of scientific, literary, educational and faith-based organizations. McNair chaired The Robert and Janice McNair Foundation, the Houston Texans Foundation and The Robert and Janice McNair Educational Foundation for more than 25 years. His philanthropic leadership, humanitarian efforts and impact in the community were recognized far and wide with numerous awards and honors.

READ: Bob McNair brought football -- and so much more -- to Houston

The McNairs’ love of community is evident throughout the city, including projects such as the Houston Zoo’s Elephant Habitat, the jogging trail at Discovery Green, the United Way Computer Training Center and the McNair Hall and Plaza at Houston Baptist University. McNair also donated $100 million to help build the Baylor College of Medicine McNair Campus, which is located in close proximity to the Texas Medical Center and is home to two outstanding healthcare facilities. The Association of Fundraising Professionals honored McNair with the highest recognition given for exceptional generosity and outstanding civic and charitable responsibility.

WATCH: Boys and girls can play basketball at school gym thanks to Texans owner's donation 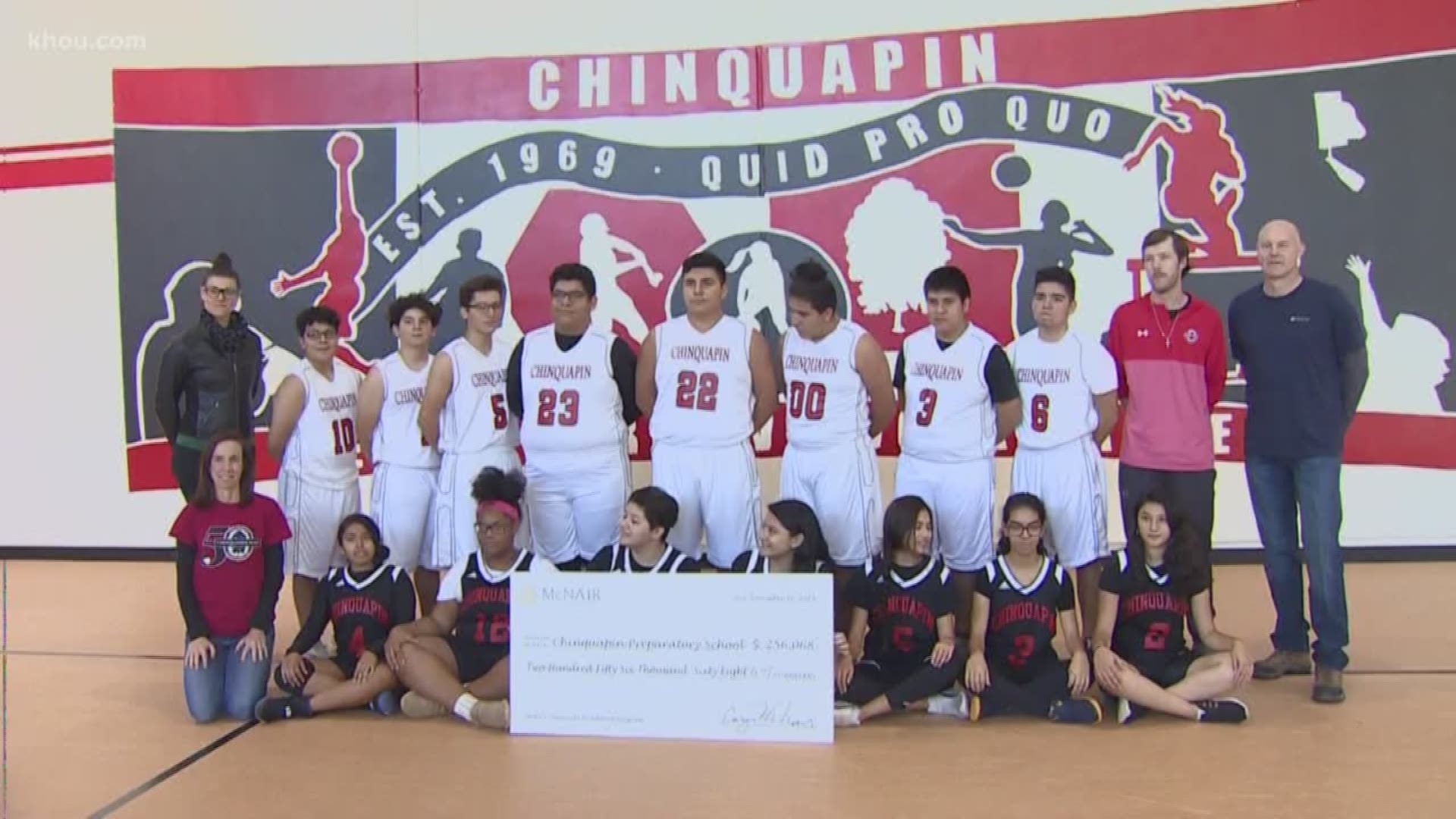 Additionally, Rice University named its school of management, “Janice and Robert McNair Hall” and Baylor College of Medicine presented him with its first Pink Ribbon Hero Award for his commitment to fight cancer.

The McNair Scholars Program recruits and deploys world-class physicians and research scientists in the fields of diabetes, cancer and neurosciences, which helps influencers across Houston’s acclaimed Texas Medical Center. McNair has also been honored for his devotion to supporting the education of inner-city and underprivileged youth and was awarded the James A. Baker III Prize for Excellence in Leadership.

McNair was perhaps best known in the business community as the founder of Cogen Technologies, which became the largest privately-owned cogeneration company in the world. He also served as senior chairman of McNair Interests, Palmetto Partners, Ltd. and RCM Financial Services, L.P. He was inducted into the Texas Business Hall of Fame in 1997 and the Houston Hall of Fame in 2010. In 2018, McNair became the sixth recipient of the Texas Sports Hall of Fame’s Lamar Hunt Lifetime Achievement Award.

Stonerside Stable, a major thoroughbred horse farm in Kentucky, was also among McNair’s successes. A 1,947-acre thoroughbred horse farm and racing stable, Stonerside was home to more than 275 racehorses, broodmares, yearlings and weanlings. From its inception in 1994, Stonerside won 72 Graded Stakes, including the 1997 Belmont Stakes, and bred the winners of more than $50 million. It was named Breeder of the Year in 2007 and 2008 by Kentucky horsemen.

McNair was born on January 1, 1937 in Tampa, Fla. and moved to Houston with his wife, Janice, in 1960. He graduated from the University of South Carolina in Columbia, S.C. in 1958. He received an Honorary Doctor of Humane Letters degree from South Carolina in 1999 and an Honorary Doctor of Humanities in Medicine from Baylor College of Medicine in 2010.