The young basketball players won a game Saturday against the team that included Bryant's daughter Gigi. 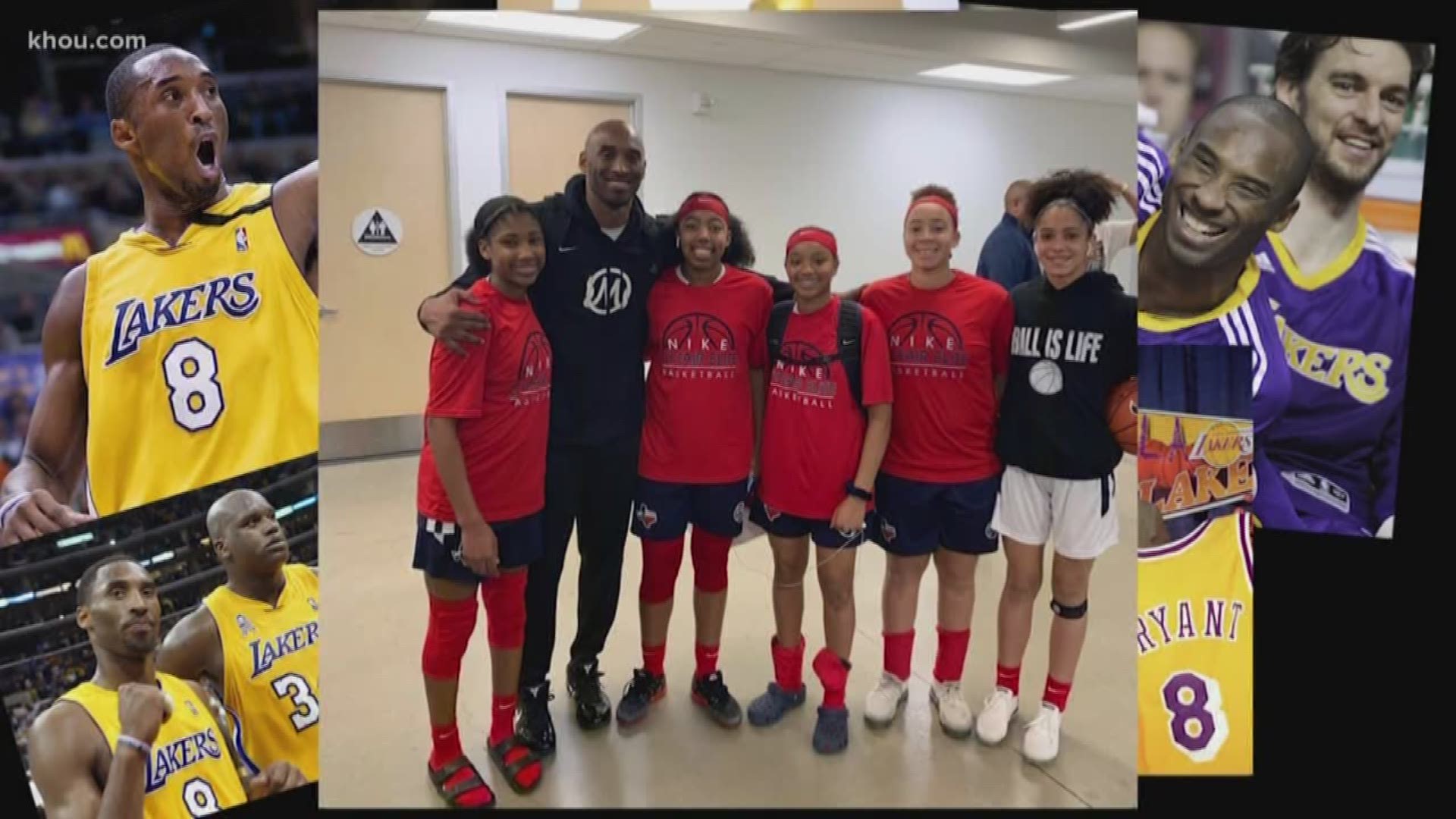 HOUSTON — A weekend that started off with a huge win on a California basketball court ended in shock and sadness for several Houston teens.

Aniah Alewine was one of the players on the Nike Cy-Fair Elite 2024 girls basketball team playing in the Mamba Cup in Southern California -- a tournament organized by retired NBA superstar Kobe Bryant.

"We were all, like, 'It's Kobe!, there he is!'" said Kacy Carlton, mother to player Justice Carlton. "It's hard to be an adult when the guy you grew up idolizing is right there."

On Day 1 of the tournament, Alewine and her teammates faced off against a team that included Bryant's daughter, Gigi.

The game ended in a win for the Texas teens, and Aniah and a few other girls snagged a picture with Kobe.

A day later, the NBA legend died in a helicopter crash, along with Gigi, two of her teammates, another assistant coach, the pilot and three other people.

The players and coaches gathered that Sunday morning, waiting for Kobe and Gigi to arrive. Instead they were told the devastating news.

"We were just shocked," Aniah said. "We didn't want to believe it."

Everyone at the tournament got on their knees to pray, tears falling on the hardwood.

Mykayla Alewine, Aniah's mother, said there was complete silence in the gym.

Aniah, Justice and the others flew back to Houston Monday as the shock of losing the basketball great continued to reverberate around the world.

Justice tearfully remembered how Kobe came up to her after the game, patted her on the head and said she played a good game.

"I wish I would have been there more," said Justice. "I wish he would have stayed a little bit longer. I'm never going to forget it."