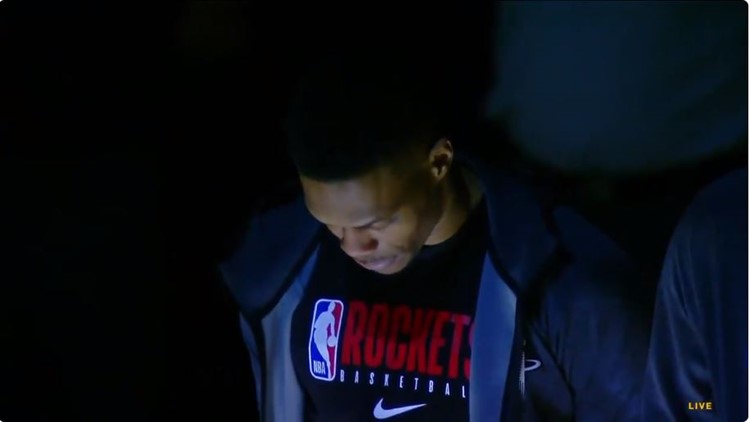 DENVER — The Houston Rockets and the Denver Nuggets paused for a moment of silence ahead of their Sunday afternoon game to honor Kobe Bryant.

The retired NBA superstar was among those killed earlier Sunday afternoon when the helicopter they were riding in crashed in Southern California.

The Rockets (28-16) tipped off against the Nuggets (31-14) just hours after the helicopter crashed.

Watch the moment of silence below from NBA TV:

The other four reported occupants of the helicopter were not immediately identified.

In April 2016, Kobe Bryant was in Houston for his last game against the Rockets.

Fans waited outside the Four Seasons in Houston for him to appear.

His final game against the Rockets was just days before his retirement.