Ohai confirmed the reports on Twitter and included a special message for Houston Dash fans and Houstonians. 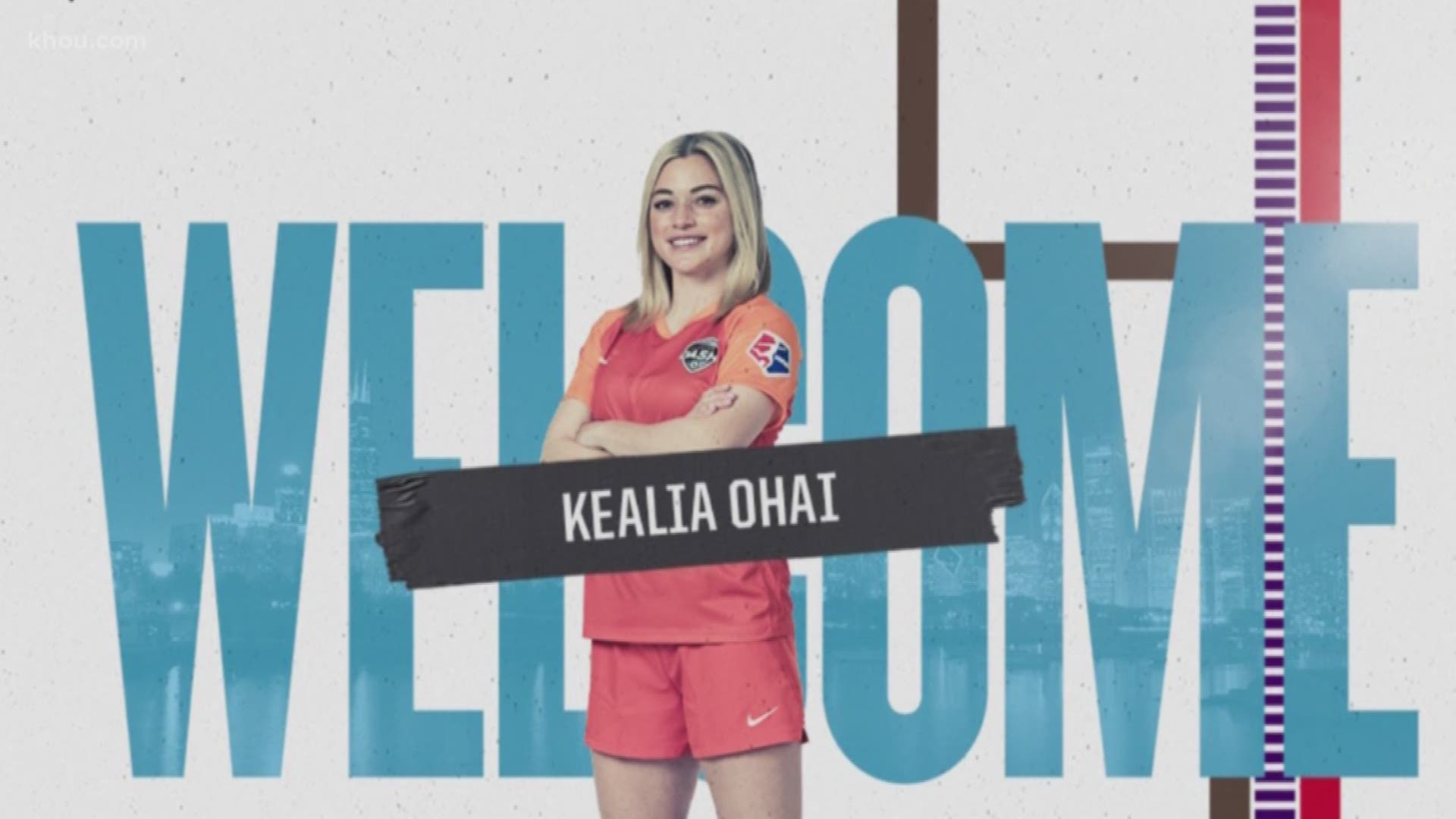 HOUSTON — The Houston Dash have traded Kealia Ohai to the Chicago Red Stars.

Ohai, who is engaged to Houston Texans star J.J. Watt, confirmed the trade on Twitter.

"Extremely excited to be a Red Star!! Can't wait to get to work," Ohai tweeted.

She also got a Twitter shout-out from her fiance, who sported a Chicago Red Stars sweatshirt.

"Very proud of you and excited for you!!," Watt tweeted. "I'll hold it down here, you dominate Chicago!"

Watt proposed to Ohai last May while they were vacationing in the Bahamas.

The Utah native spent six years with the Dash.

"I will always consider Houston home and I love this city," she said in a video on Twitter Monday. "And I wish the very best to all of you guys."

Ohai was the No. 2 overall selection by the Dash in the 2014 National Women’s Soccer League College Draft.

She owns the club record for goals scored, with 28, and has recorded 16 career assists.

"Thank you to all the Houston Dash fans," Ohai said. "You've been so supportive and I've loved playing in front of you for the last six years.

She also thanked the Houston Dash and her teammates.

“I just want to thank Kealia for her commitment to the Dash and wish her all the best for the future on and off the field,” said head coach James Clarkson.

Ohai also played for the US Women's National Soccer Team. She led the U.S. U-20 women’s national team to the FIFA U-20 World Cup title in 2012 by scoring the winning goal against Germany.

In exchange for Ohai, Houston received the No. 18 pick in the 2020 National Women’s Soccer League College Draft and defender Katie Naughton from Chicago.

Naughton helped Chicago reach the NWSL semifinals three of last four years and advance to the NWSL Championship in 2019.

1 / 13
US player Kealia Ohai (C-partially hidden) celebrates her goal with teammates during their under-20 women's World Cup semi-final football match against Nigeria at the National Stadium in Tokyo on September 4, 2012. The US won the match 2-0. AFP PHOTO / KAZUHIRO NOGI (Photo credit should read KAZUHIRO NOGI/AFP/GettyImages)