Behind the names of Derby winning horses

LOUISVILLE, Ky. (WHAS11) -- How many times have you opened up your racing program, ignored the odds, and bet on a horse based only on its name? 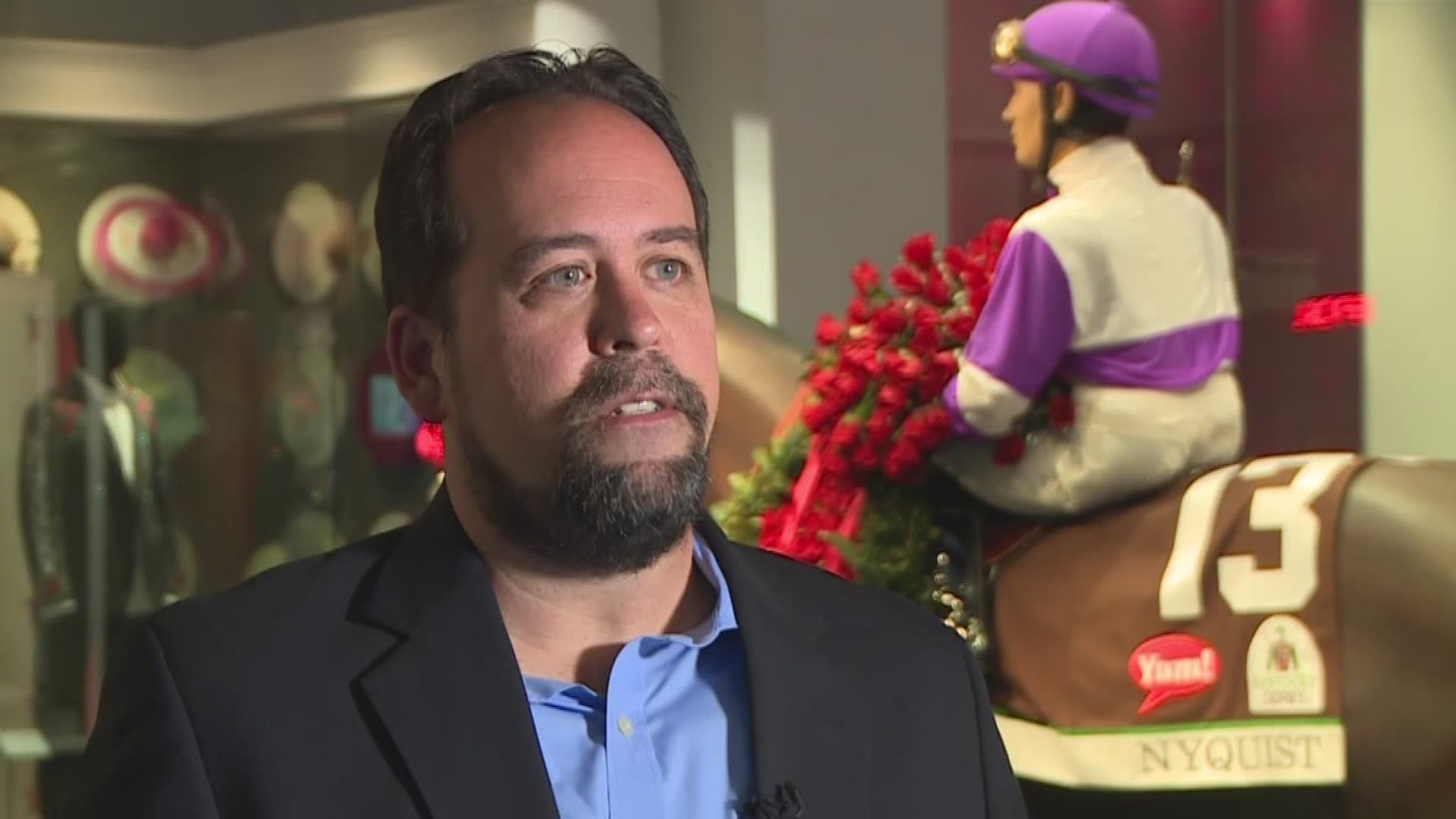 LOUISVILLE, Ky. (WHAS11) -- How many times have you opened up your racing program, ignored the odds, and bet on a horse based only on its name?

Most names come from a horse's lineage, usually a combination of their sire and dam. In some cases, owners think about their passion in life. Kentucky Derby Museum Curator Chris Goodlett knows a lot about derby horse names and says Triple Crown winner American Pharoahs was the result of a misspelled contest submission.

“Pretty famous misspelling, you know his name kind of derives from his sire Pioneer of the Nile. That was sent to the Jockey Club, it was approved with the misspelling, and once they trademarked it the Zayats just decided to just leave it as is,” Goodlett said.

The first part of 2014 Derby winner California Chrome comes from the fact he was foaled in California.

"Chrome is, my understanding, kind of a racetrack slang term for the white markings on his feet as well as the blaze on his face," Goodlett said.

"Which is kind of an odd origin, at some point in her career Ms. Ham worked for the League of Nations which was a predecessor to the United Nations that we now know of and they have a governmental administrative office which is known as a secretariat," Goodlett said.

"He's a big fan of the Detroit Red Wings and he's named more than one horse after players from the team," Goodlett said.

Bourbon is even said to be an inspiration.

"Paul jones is most noted for being the first person to trademark the Four Roses brand which is still a current brand in the state of Kentucky and a lot of people think that was a popular bourbon and that was a reason for the name of the horse Paul Jones,” Goodlett said.

Goodlett adds others believe the 1920 Derby winner name stems from John Paul Jones a naval commander during the revolutionary war.

There are restrictions to horse naming including the number of letters in a horses name. The limit is 18 and that includes spaces and punctuation marks.