Thursday night's game between the Bellaire Cardinals and Pasadena's Dobie Longhorns at Barnett Stadium has been canceled. 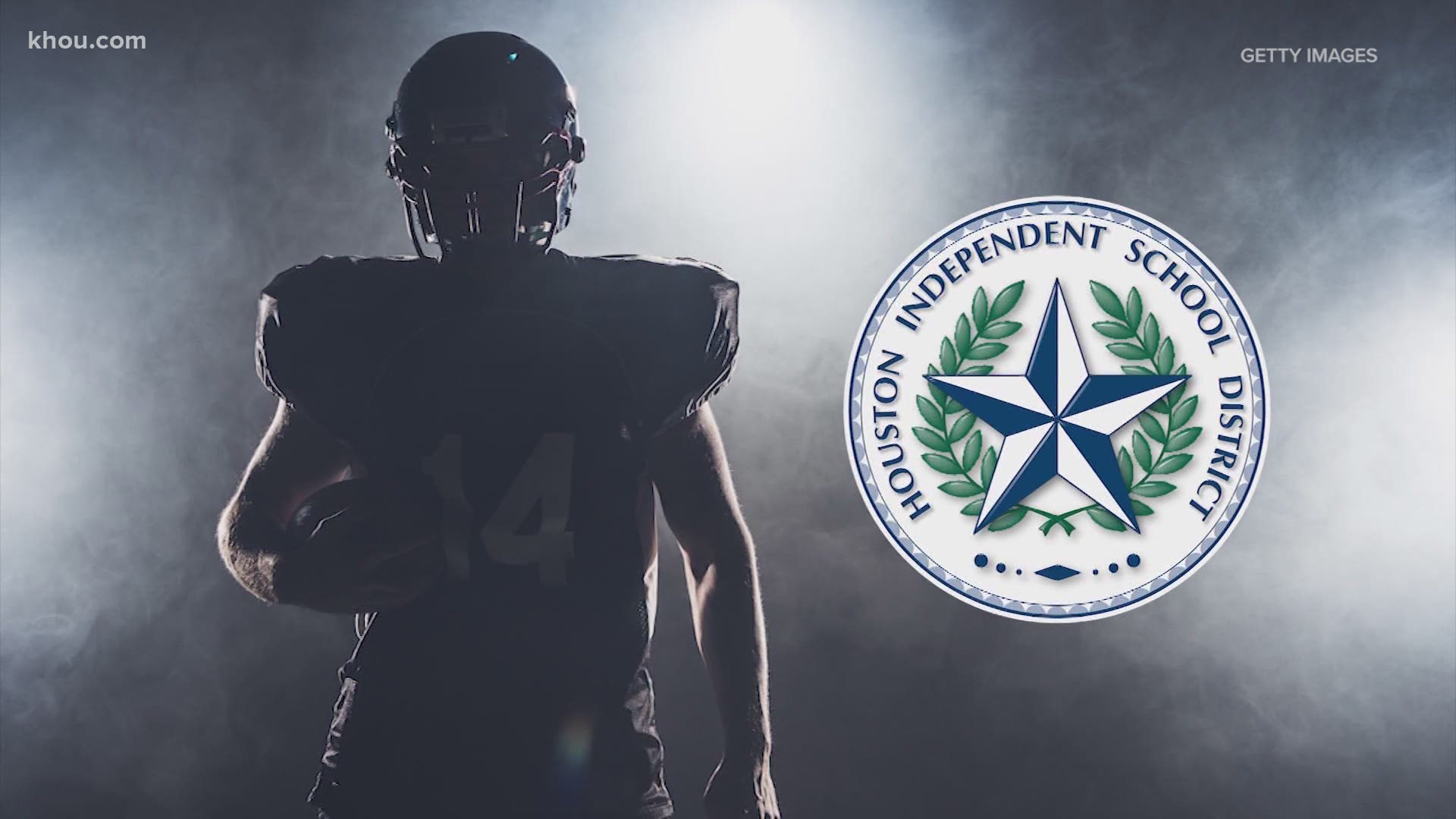 However, the district's first high school varsity football game between the Bellaire Cardinals and Pasadena's Dobie Longhorns on Thursday night had to be canceled out of an abundance of caution due to a presumed positive COVID-19 case.

The game was set to be played at 7 p.m. at Barnett Stadium.

EDITOR'S NOTE: The video above is from a report prior to the announcement that Thursday night's game was canceled.

HISD would not confirm if the presumptive positive case came from a player or coach due to privacy rights, but did confirm they were made aware of the case on Wednesday evening.

However, the spokesman for Pasadena ISD said that no Dobie High School players or coaches had tested positive.

The spokesman explained that while the teams were warming up for their games, the games were called off. The visiting teams were told to get back on their buses and return home.

The varsity game will not be rescheduled because it was a preseason game, the district confirmed.

The return of HISD sporting events will have to wait until Friday night when several schools are slated to play football and volleyball.

A limited number of spectators are allowed to attend varsity games only, but there are restrictions due to COVID-19.

Each player will only be given five tickets for their family members to buy and tickets may only be purchased at the students’ schools.

"We know that high school football is a long-standing tradition that is supported by entire communities," the district said. "That is why we are seeking to accommodate supporters in a safe and responsible manner."

Those who attend the game will be required to wear masks and maintain social distancing from others when possible.

"We request patience and understanding from our students and families as we move to prudently hold sporting events in the district during this unprecedented time."