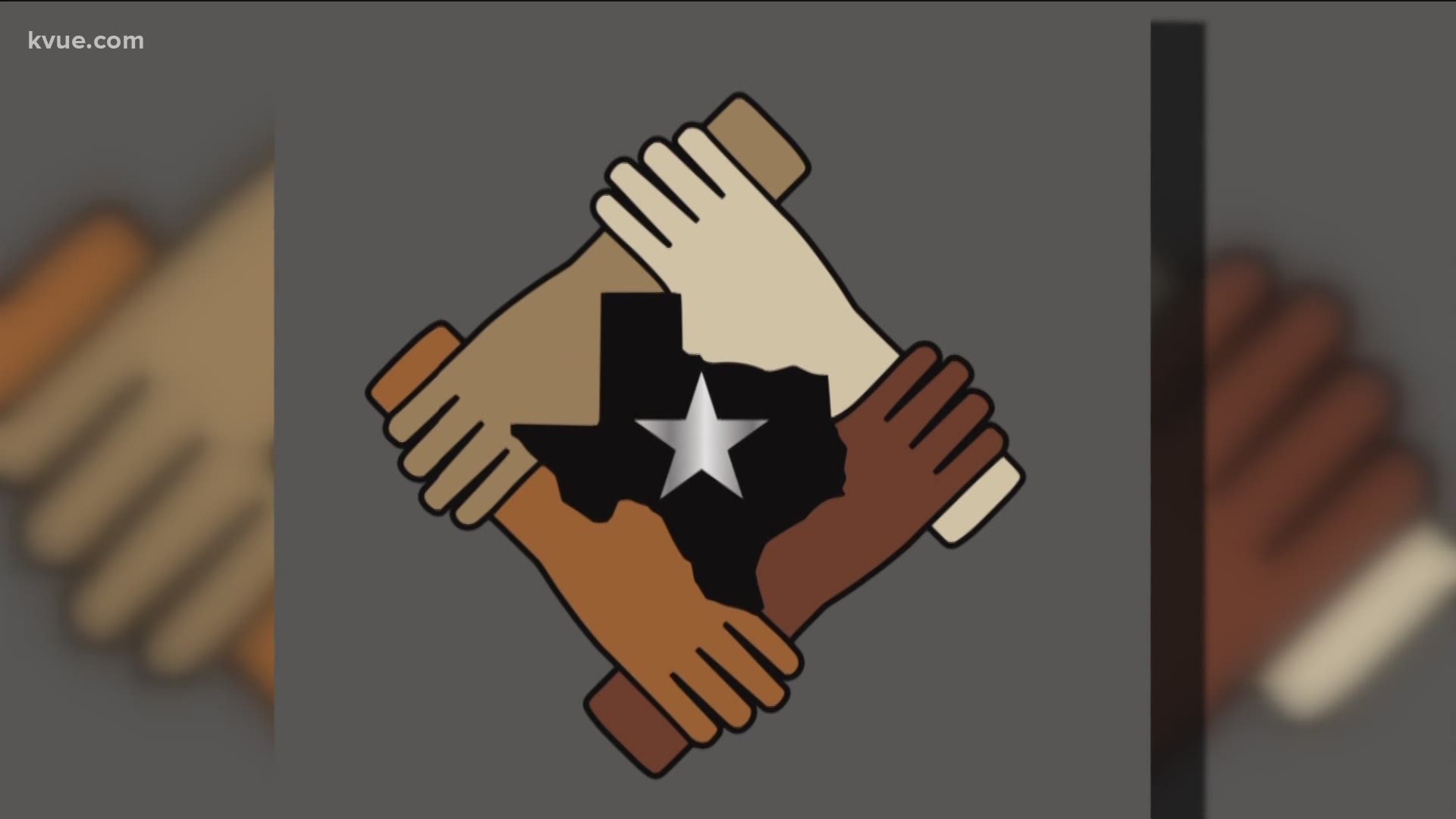 AUSTIN, Texas — Our country's recent push towards racial awareness and equality is felt by athletes, coaches and sports fans all across the nation.

In early July, the NBA and WNBA approved jerseys with words, names and phrases that will promote social justice. Now, many local high school football players will have their own way to highlight social justice and racial equality in games – thanks in part – to Greg Gold.

"Ultimately, I wanted to find something that really just pulls everybody together," said Gold.

Gold, a former Oklahoma State running back who now runs a design company in Austin, created a logo that is the visual embodiment of his goal of "pulling everybody together."

RELATED: WNBA jerseys to include names of women who died from violence, brutality

The decal features four hands, each with a different skin tone, all interlocked, surrounding the State of Texas.

"It's delicate and sensitive, yet strong and firm," said Gold. "It sends a message like, 'Look, we're not heightening one race or the other.' It's really not about that. It's about all of us being in this together."

Once he created the logo, Gold's football background helped him realize that the perfect place to display this symbol of hope, was on a high school football helmet.

And so far, local teams agree.

"You'll see this sticker on just about every team in Austin," said Gold. "It's a reminder that we're still in this together, when we're on and off the field. Even if you don't play, ultimately everybody's going to see it and it'll be there all season."

Gold named the logo the "UN1TY" decal and said every time someone sees this sticker in the 2020 season, he wants them to think about two words: we're together.