Rome Shubert, who has committed to playing baseball at the University of Houston, was shot in the back of the head. He later tweeted he was "completely okay and stable" and was released from the hospital. 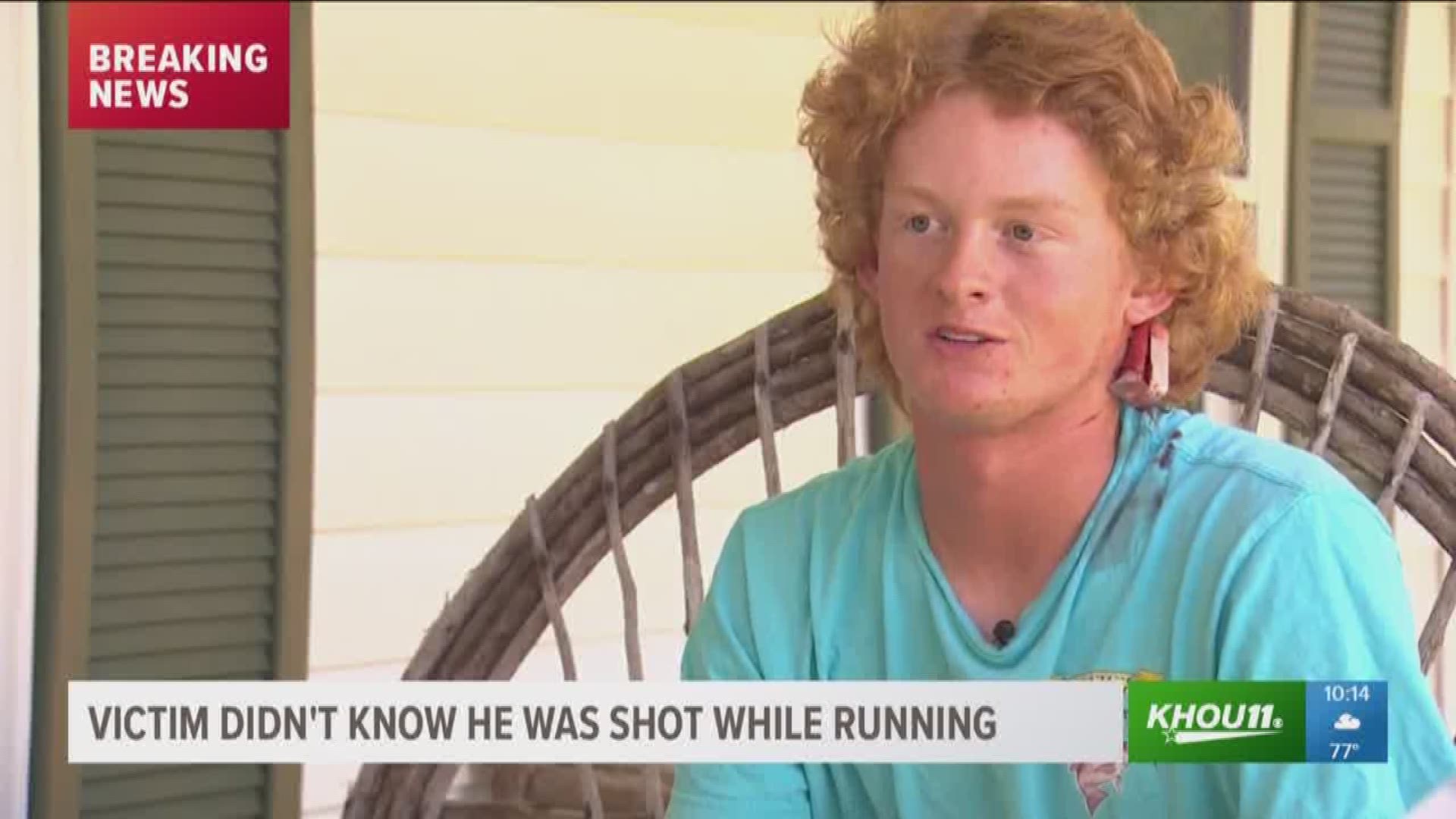 SANTA FE, Texas - Doctors are left baffled after a bullet flies through the head of a Santa Fe High School student, who manages to recover only hours later.

It’s a surreal feeling speaking with sophomore Rome Shubert, knowing he was millimeters away from not being here.

The bullet missed every major artery and his family says they’re simply grateful for the miracle.

Sitting on his porch Friday afternoon, Rome still had his medical wristband and a bandages soaked in blood. He tells us just 12 hours earlier, he threw 11 strikeouts in six innings for his school baseball team.

Of course you would be exhausted, but here he is clutching his baseball, knowing his exceptional career could have come to an end before it even began.

“I thought this is it. There’s nothing else after this,” Rome said.

Once the shooting began, Rome says instincts kicked in. He and other classmates ran for the hallway, as more gunshots were fired.

Rome took only one look in the direction of the shooter.

“Trench coat on, pistol in his hand, I think shotgun across him,” Rome said.

I’m so greatful and blessed that god spared me life today. Today I was shot in the back of the head but i am completely okay and stable. 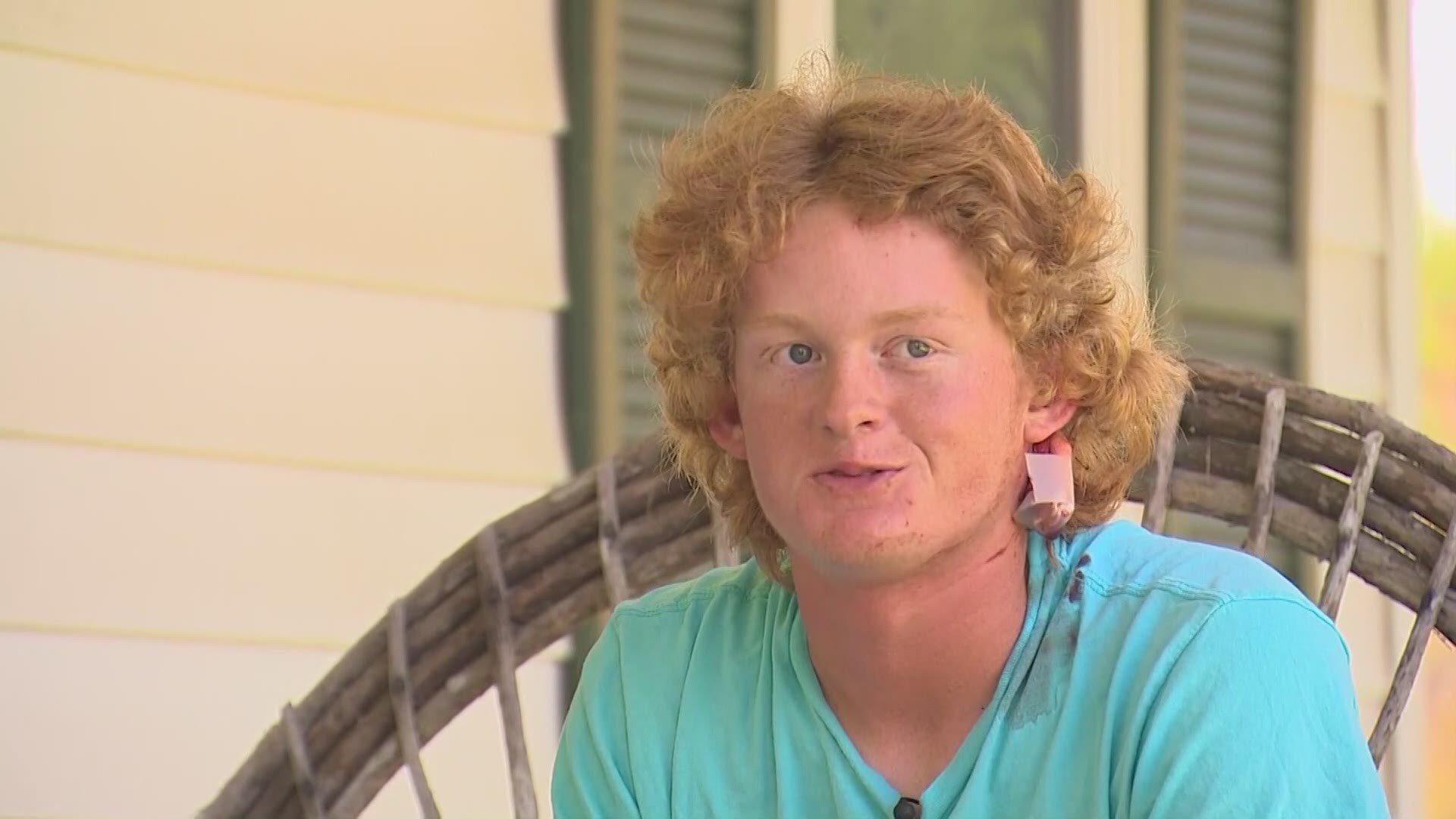 Rome had no idea who the student was that police later identified as 17-year-old Dimitrios Pagourtzis.

Only once he reached the parking lot, did Rome stop running. It was there he noticed the blood pouring down his shoulders.

“I was like, my head is hurting a little bit,” Rome said.

Sheri Shubert feared the worst when students called to tell her that her son was boarding an ambulance.

Rome called his mother from the hospital and told her he was okay. She arrived and much to her confusion, doctors told her Rome was shot in the head.

“I was like how does your son get shot in the head and is walking out and talking,” Sheri said.

Yet here he is, having only spent four hours in the hospital, now back home.

“I’m one of the lucky ones and I’m glad that God spared me, but I just feel bad that they didn’t make it,” Rome said.

A gunshot wound to the head, and @rome_shubert17 is out of the hospital in just over 4 hours. His bandage is still fresh, but Rome says he never felt a thing. Only heard a loud ringing. More on his incredible will to survive tonight at 10.#khou11 #prayersforsantafe pic.twitter.com/6CaRGb2OFu

The family may never shake the feeling that someone could have been done. One miracle saved their son, but ton others should never have been in harms way.“We have to change as a country. We’re too great as a country. We have to make our kids priority,” Sheri said.

Shubert does have some tissue damage, but doctors say other than that, he’s been cleared. He’s verbally committed to play baseball for the University of Houston and says he’s just ready to get back on the mound.

From the Houston Baseball family, we share our deepest condolences to all those affected by the tragic event today at Santa Fe High School.

Tonight, the Coogs play for you. pic.twitter.com/RqhQ9vmGpa