Boling not only blew by the competition in the 100-meter sprint. He also won the long jump! 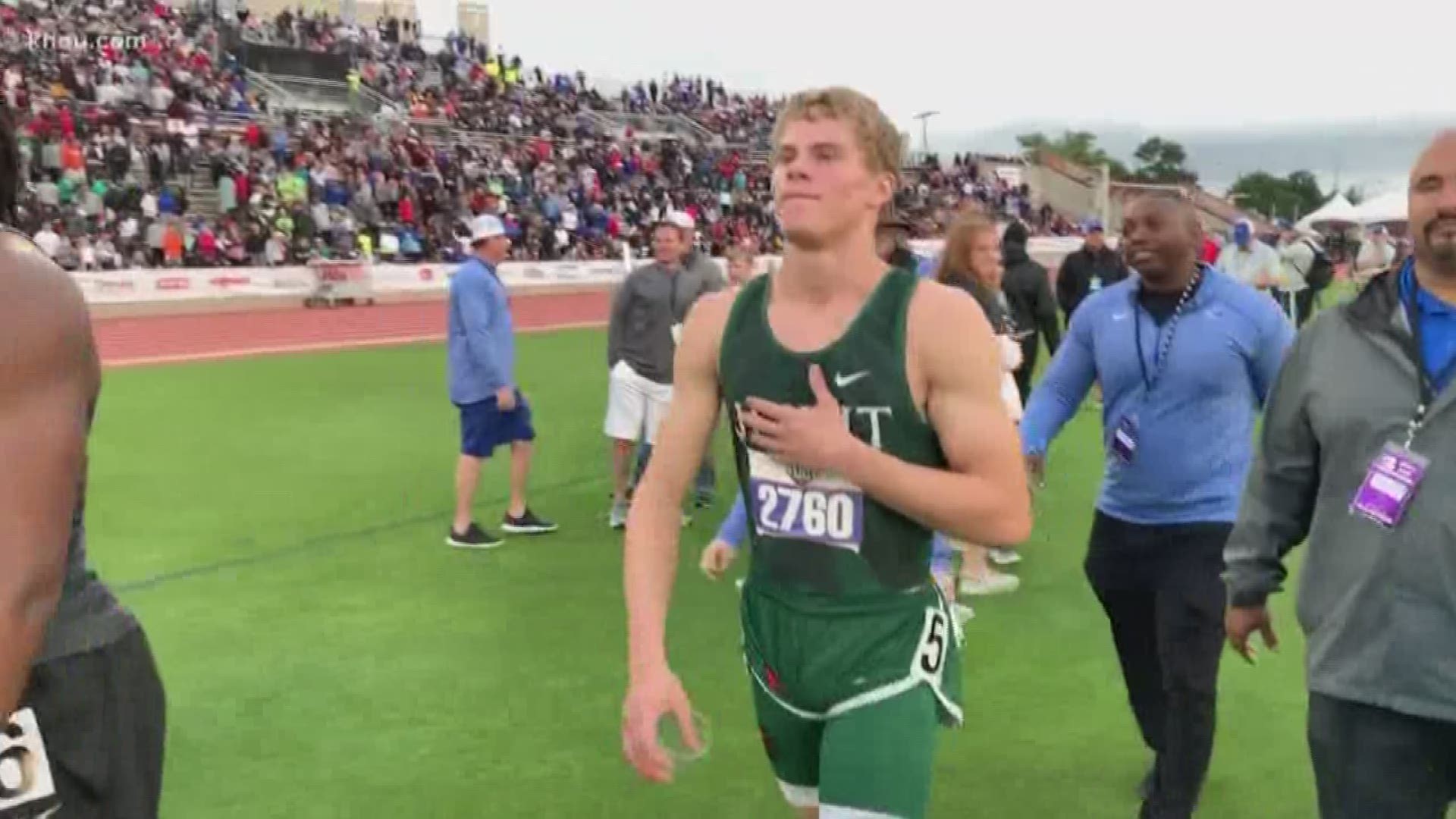 AUSTIN, Texas — We already knew Strake Jesuit sprinter Matthew Boling was fast. On Saturday, he took it up a notch.

Boling set a new national record with his 10.13 time in the 100-meter race in Austin.  And if that wasn't enough, he also won the long jump competition with a jump of 25 feet, 4 inches.

RELATED: The fastest high school sprinter in America is from Texas

Matthew didn't compete in the Austin meet last year.  In fact, he only really started competing around spring break.

When we first introduced you to Matthew in March, he said he didn't always know he was fast.  He's had to really put in the work to get quicker.

"In middle school, when he was in the seventh or eight grade, it was like watching a deer run," Boling's father, Mark, told us back then.

Boling plans to go to the University of Georgia next year. Then, he'll be focusing on the Olympics.