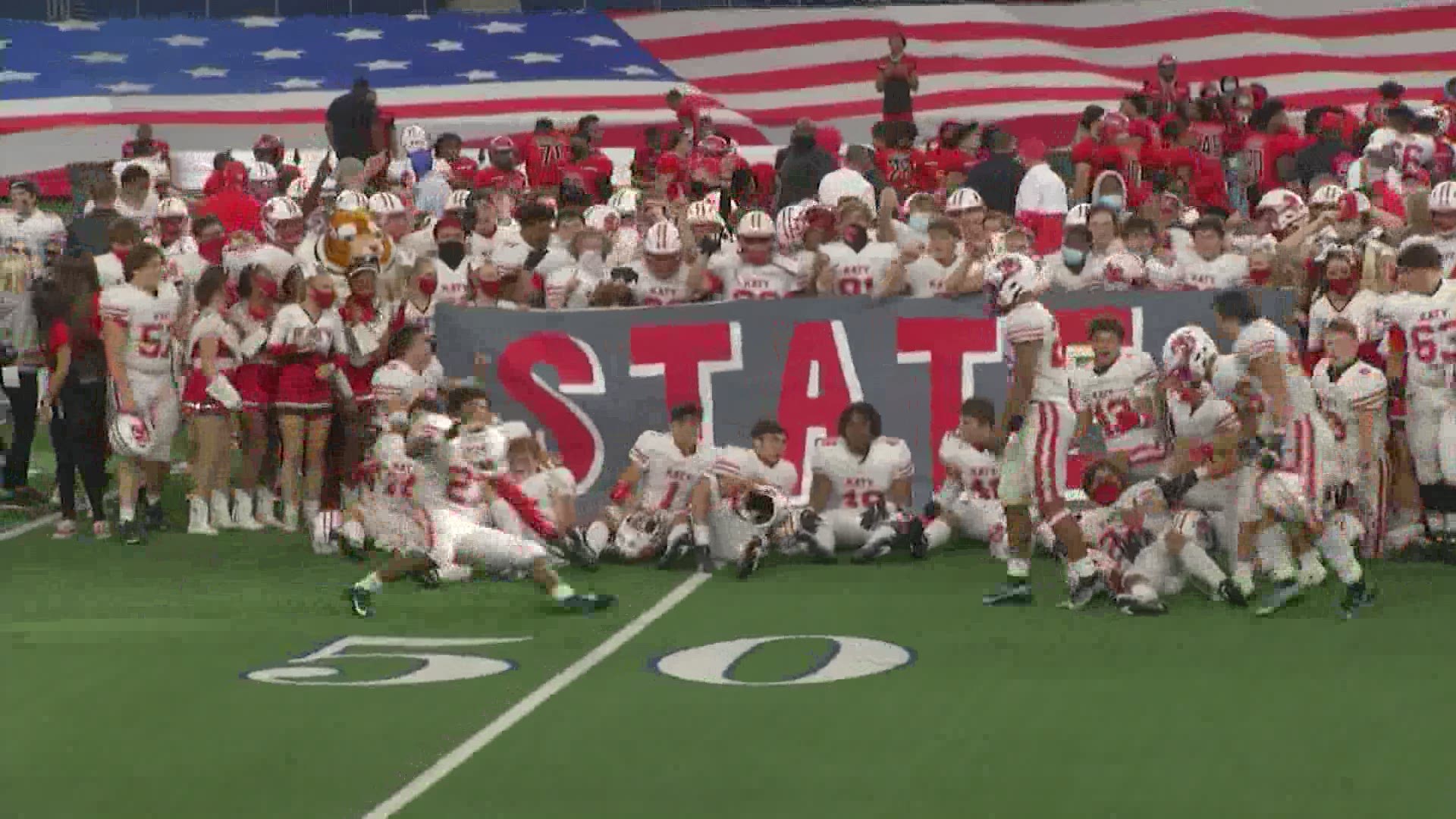 ARLINGTON, Texas — The Katy Tigers are once again state champs after knocking off Cedar Hill in Arlington Saturday in the 6A Division II title game.

It’s the ninth championship for the traditional football powerhouse and fifth under head coach Gary Joseph.