Clyde Thompson loves basketball. Last May, after a late practice, he was hit by a drunk driver while walking home. Doctors didn't think he'd walk again. 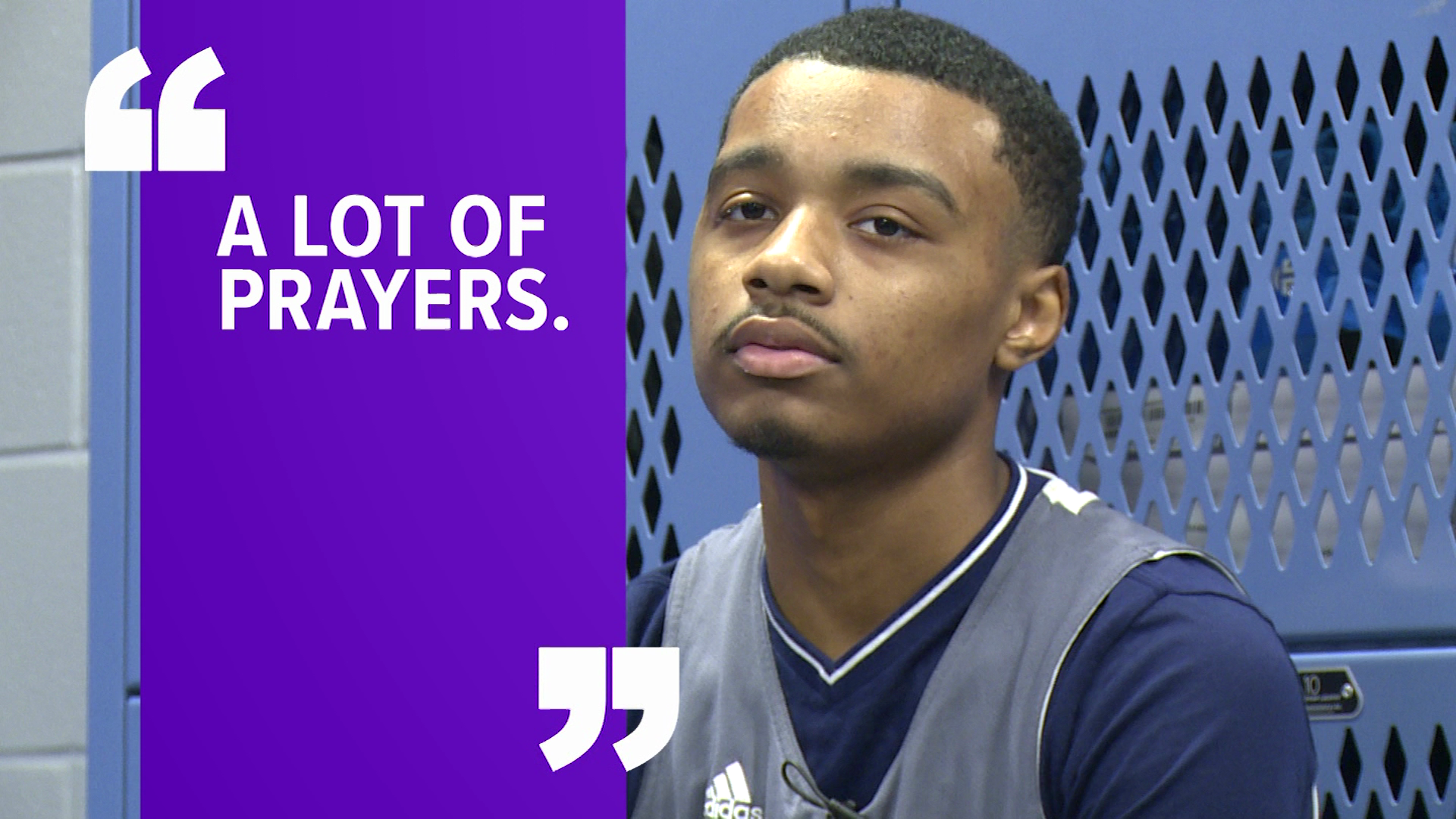 HOUSTON — Clyde Thompson might have you believing in miracles.

Eight months ago, the teen was in a coma. The Aldine Senior High School student and his friend Reginald Smith were hit by a drunk driver during their walk home after a late night basketball practice.

Smith was released from the hospital after only two days. He made a full recovery.

The senior is soft-spoken. We could only get a few words out of him at a time. He doesn't remember much about the May 2019 accident, only "waking up in the hospital."

His coach said doctors gave Thompson less than a 50 percent chance of survival.

Thompson's brain was hurt so badly, he was placed in a coma so his brain could heal. The teen required four skull surgeries. He spent the summer of 2019 laid up in a Houston hospital bed.

"Clyde, he’s always going to fight," Smith said. "I knew he was going to make it."

Thompson healed so well and so quickly, he was released from the hospital in time for him to start his senior year with his classmates.

"A lot of us seem to think that we’re invincible and things can’t happen to us, but certain things hit close to home. It kind of brings that back and makes you put things into perspective," Jones said.

After one last surgery to replace part of his skull with a piece of prosthesis, Thompson was cleared by doctors to play basketball. He rejoined his team this month.

His first game back, Thompson made a three-point shot.

"So it was a good shot. And the gym went crazy for him," Smith said.

RELATED: 'It's just heartless' | Family of 13-year-old hurt in hit-and-run puts out new call for tips