Jordyn Hawkins, 15, suffered a spinal cord injury during a tackle and has been unable to walk since. 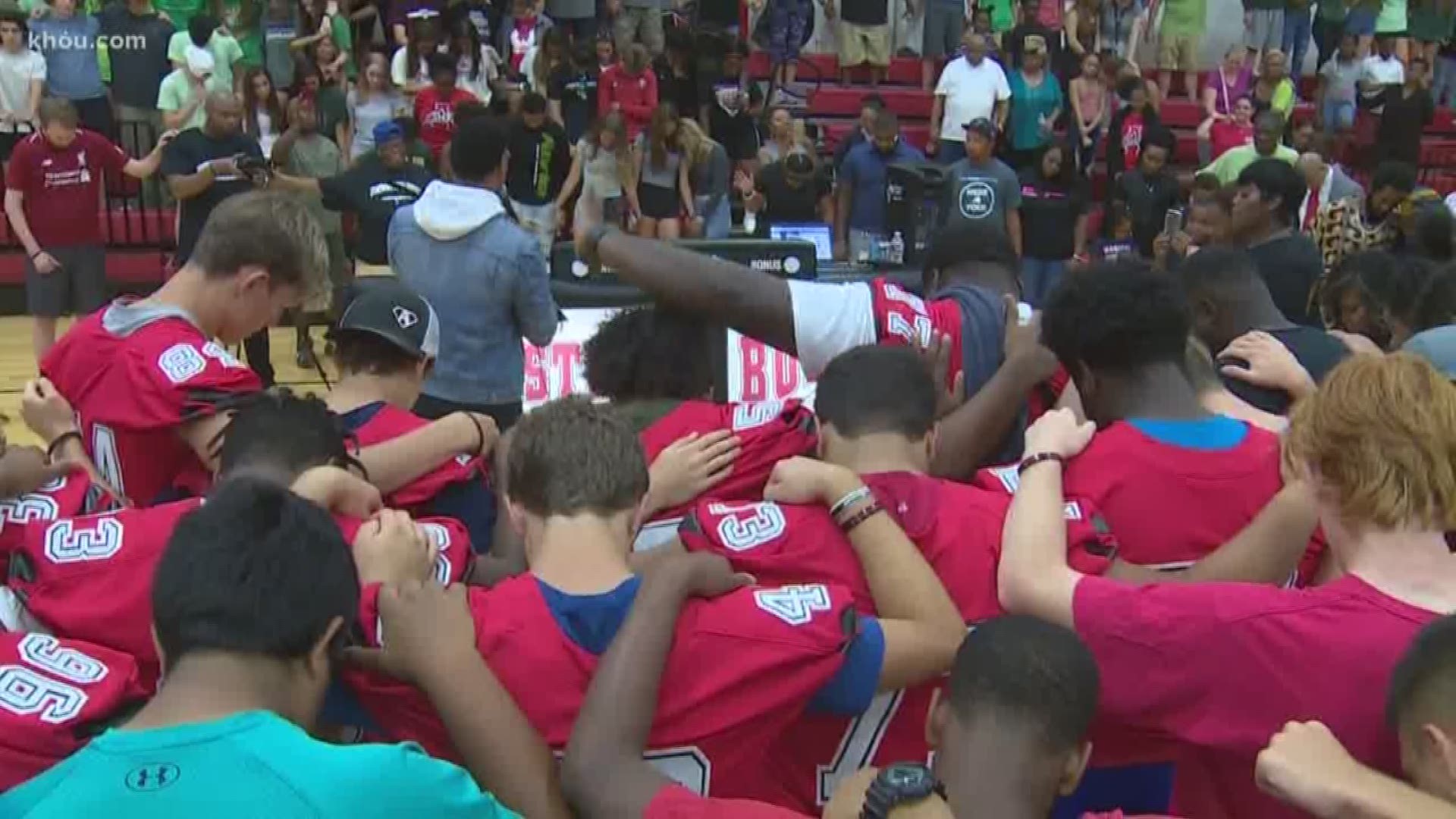 HOUSTON — Hundreds of people gathered for a prayer rally on Friday to support the Austin High School football player seriously injured during a game on Sept. 12.

Jordyn Hawkins, 15, suffered a spinal cord injury during a tackle and has been unable to walk since. However, his mother, DeAndrea Wade, didn’t want to focus on the odds he faces, believing with his hard work and their faith in God, Hawkins will walk again.

Turner met Jordyn’s family at the hospital while supporting an injured officer. During the rally, Turner presented the family with a Mayoral Proclamation stating Sept. 27, 2019, is Jordyn Hawkins Prayer Rally Day.

Hawkins said her son is ready to work hard and is mentally prepared for the challenge. She said the family is so grateful for the support they’ve received from the community.

She took a few minutes to speak to the parents who came to Friday’s rally.

“Let up off your kids a little bit and choose your battles, because right now, I wish I could fuss at Jordyn about his room being dirty. I wish I could tell him, ‘Don’t eat my leftover Pappadeaux‘s that I left in the refrigerator,’” she joked. “Parents, if you have a child in this room find your child, put your arms around your child, hug your child, tell your child you love them right now.”

Wade told supporters Jordyn has some sensation in his legs and can move his left arm, which she considers a miracle in itself.

The school has set up a GoFundMe account to help with Jordyn Hawkins’ medical bills.