Football team ditched school colors for ‘Back The Blue' jerseys

A high school football team ditched school colors on senior night to honor people they never knew. The Brazosport Explorers' new look did not help them win their game versus Needville. However, it could change lives. 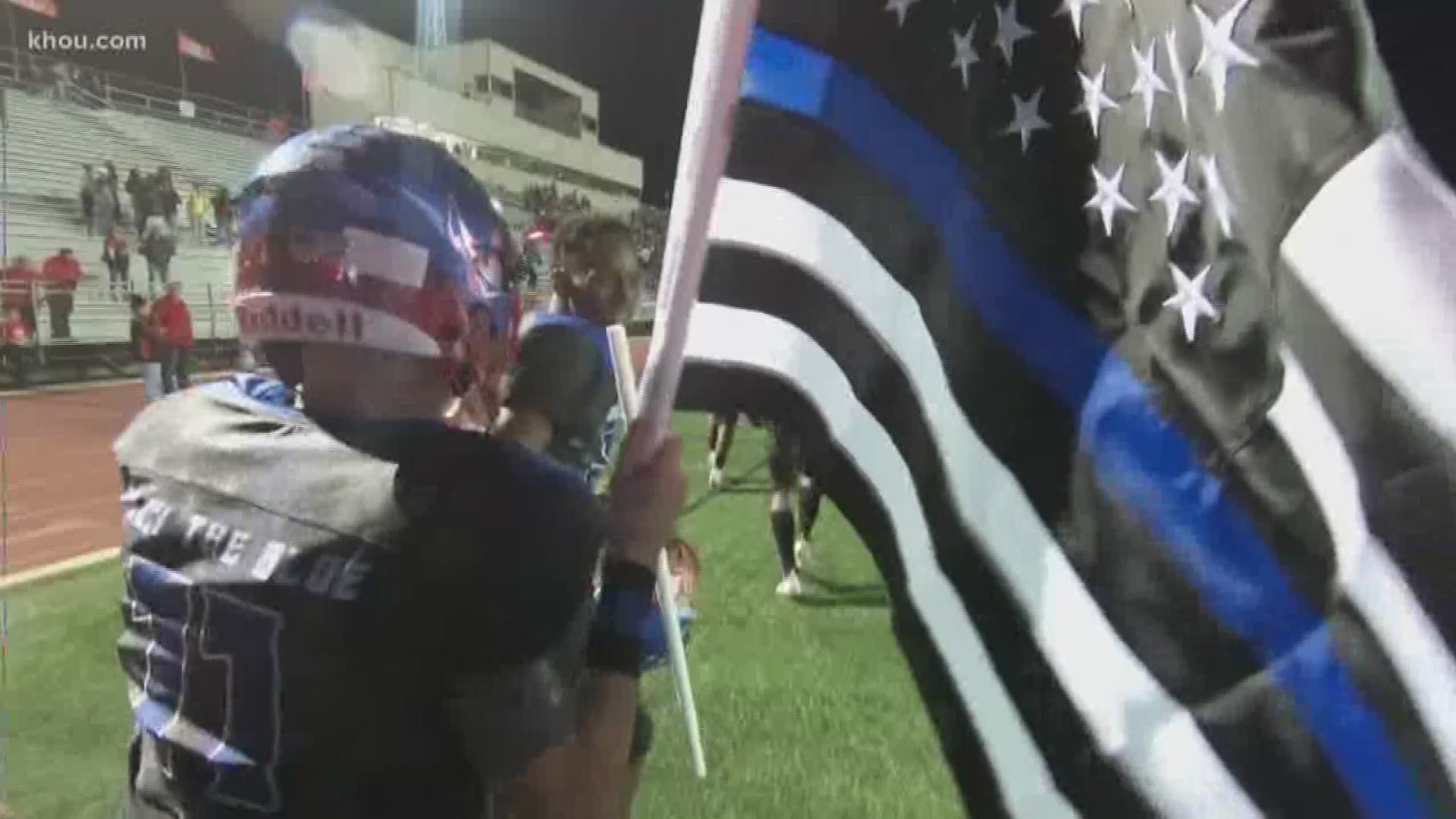 The Brazosport Explorers’ new look did not help them win their game versus Needville. However, it could change lives.

Still, they stood more grounded than ever.

“They support us every game no matter what,” said Titduas Ouera, a Brazosport senior linebacker. “We have a cop following us every game supporting us telling us that we got it.”

The Explorers ran out in all black without names on jerseys. Instead, jersey nameplates displayed a slogan printed on hundreds of t-shirts sold to fans in the stands: Back The Blue.

“What this is about is bringing the community closer to law enforcement and vice versa,” said Aaron Slater, owner of Relentless Defender Apparel.

The company donated nearly a million dollars in four years.

“Not a lot of people would go that far just to do what they do,” Ouera said.

Weeks before the game, people sold shirts to support the cause on campus. The team scored custom uniforms.

“We never lost in black so we’re not going to start today,” Watkins said.

So in a game with much on the line for the Explorers, the team played for the thin blue one stitched on their backs.