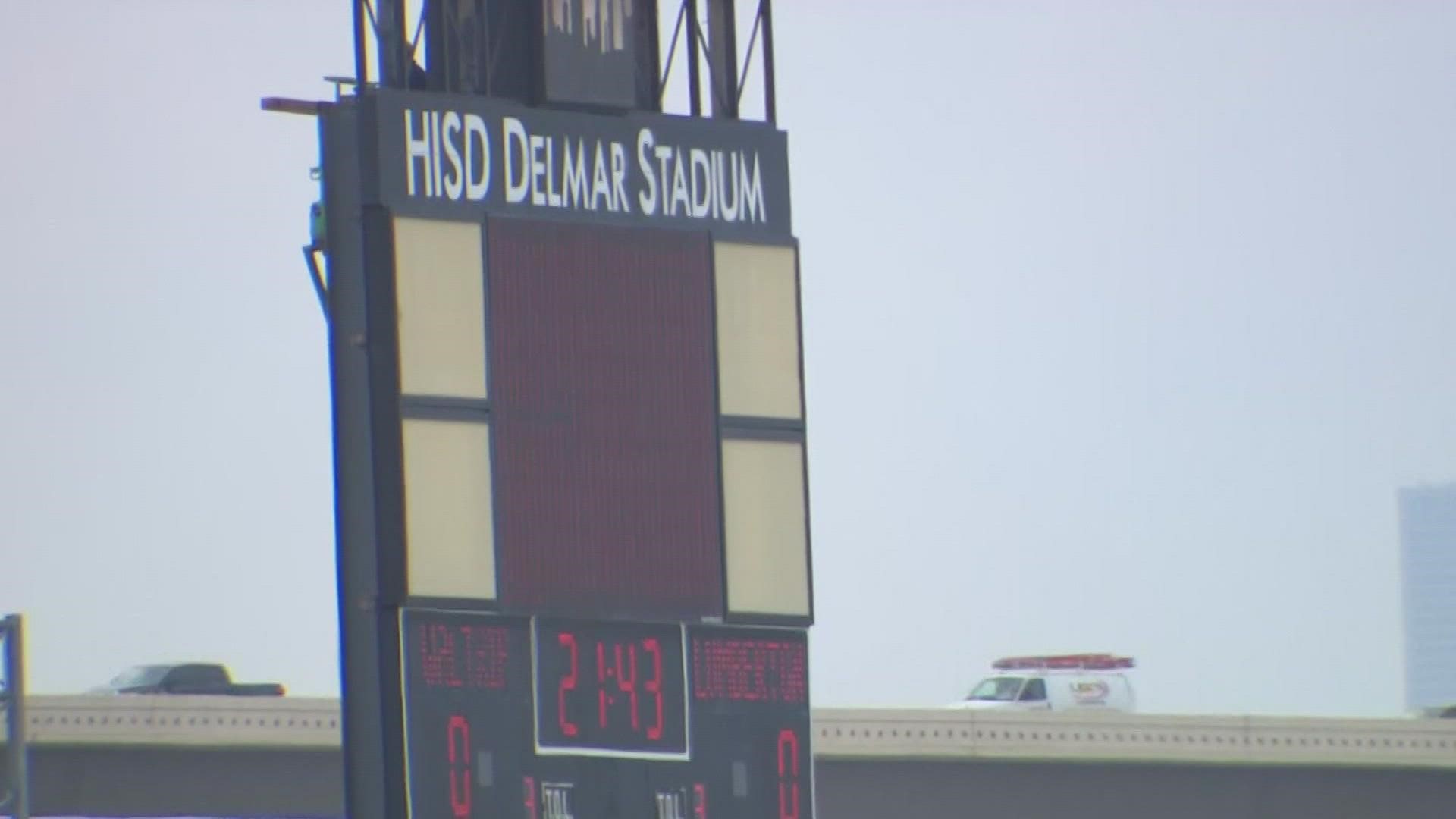 HOUSTON — The stands at Delmar Stadium remained empty Thursday night after Westside High was forced to cancel its game due to COVID-19.

Houston ISD said the team is quarantined because of positive cases and/or exposure.

Her daughter plays saxophone in the marching band.

"She’s prepared a lot, and everybody has," Coronado said. "But it is what it is. Everybody understands and is supportive about it.”

HISD, like most districts, has athletics-specific COVID-19 protocols, and some districts routinely test players and coaches.

The University Interscholastic League, or UIL, also has extensive risk mitigation guidelines for public school districts that were updated just this week.

But it told us many specific decisions are made at the local school district level.

At least two area high school 🏈 teams are benched this week due to #COVID cases or exposure. But other games are happening.. Like one here at Tully Stadium. I’ll have more on how districts are trying to keep athletes and fans safe: @KHOU at 6:00 #khou11 #educationstation pic.twitter.com/LUHUShcqXW

"Since, you know, they kind of know what the situation is for this area," said Spring ISD athletic director Armando Jacinto.

Jacinto said, in keeping with the district’s mask mandate, athletes are required to wear face coverings unless they’re playing.

But most districts do not have the same requirement nor do they have limits this year on seating capacity during games.

"One of the things I spoke to the coaches about is keeping things clean," Jacinto said. "What we had last year as far as misters and sanitizers, to continue doing that in the locker room and before and after practice.”

His greatest fear is having students or staff get sick and the secondary impact of being temporarily benched.