The Bulldogs will face Baylor on Monday with a chance at the program's first national title on the line. 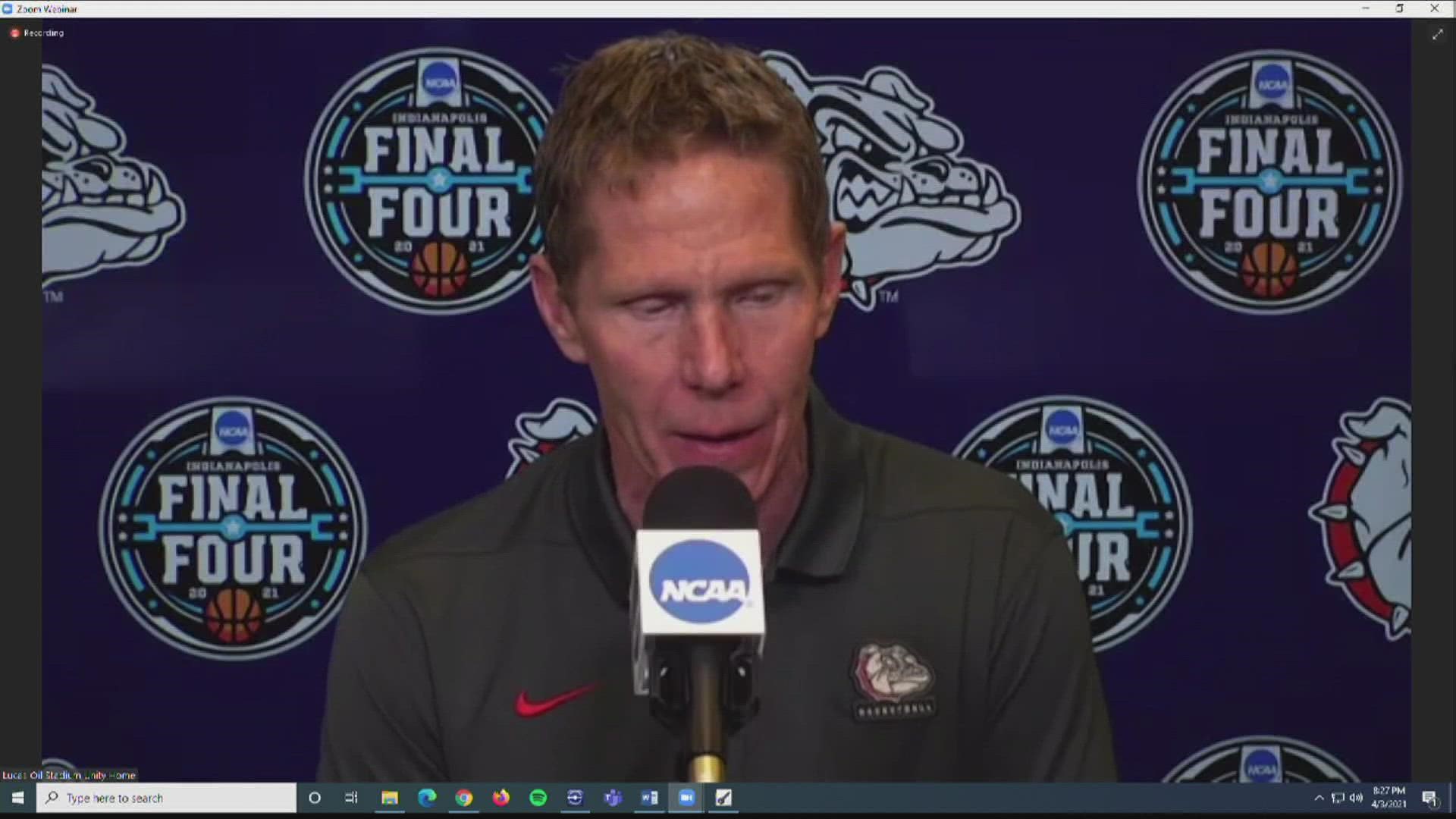 INDIANAPOLIS — The #1 Gonzaga Bulldogs are on to the NCAA Tournament's National Championship game after beating the #11 UCLA Bruins 93-90 in overtime in the Final Four after a buzzer beater by Jalen Suggs.

The Bruins had tied the game with three seconds left. Suggs then hit the three-point shot from just inside half-court as time expired to lift the Bulldogs to a 93-90 win over the Bruins.

The Bulldogs are the top-overall seed in the NCAA Tournament. The Bruins were an 11-seed and had to win a First Four game.

The #1 Bulldogs will play #1 Baylor Bears on Monday at 6 p.m. PT on KREM 2 for the National Championship. It would be the first national title in program history.

The game against UCLA on Saturday was close from the tip, with Gonzaga taking a one-point lead into halftime, 45-44.

This marks Gonzaga’s second National Championship appearance, with the first coming in 2017 when the Bulldogs lost to North Carolina.

Leading up to the game, Gonzaga had won 27 games by double digits, a record in the NCAA. They have also won at least 30 games in five straight seasons, another NCAA record.