The Harvard baseball assistance coach says familiarity and chemistry are important for any roster and teams like to take advantage of that. 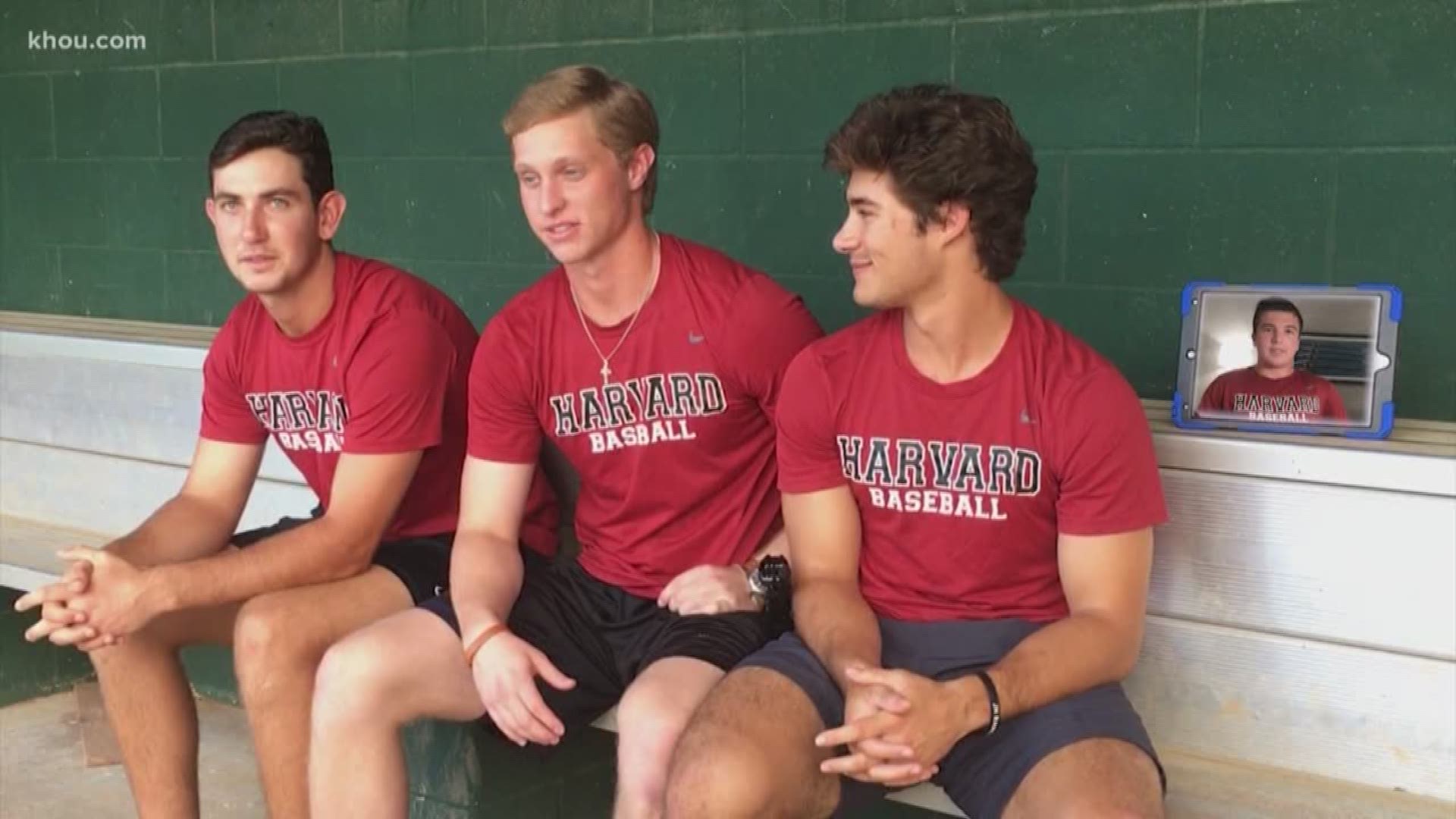 Four students from the same class and same town, now play for the same Ivy League team. It’s been a game changer for these young men.

The guys have played ball together or against each other throughout high school or longer. They are: Zach Brown who comes from Cinco Ranch High, James Kirkpatrick and Hunter Baldwin both from Memorial High, and Harrison Stovern who went to Tompkins High.

All are from Houston, all class of 2022, and all Harvard baseball players. How unusual is that?

James says, “I don't' think it happens ever. It's unique. That's for sure.”

How'd that happen? Houston is known for strong local baseball programs & coaches, but there’s another factor.

James explains, “Our parents and our community push academics to be the prime focus and luckily we have some ability to play baseball.”

University scouts are key during college recruiting. Zach believes that helped, saying, “The coaches stumble across one of us, they stumble across all of us.”

Regardless, it's Division 1 baseball at a top tier ivy league school. No one is slacking. Zach is a catcher and 1st baseman majoring in quantitative finance. James is a pitcher studying economics. Hunter is a utility player focusing on player psychology. Harrison is a pitcher whose major is data science. The guys often spend six hours a day on athletics and six on academics.

Hunter says, “I think the balance is the hardest part, learning to manage your time.”

The players flipped through their high school scrapbooks, looking at team photos and game shots, recalling the strong friendships made through sports.

Through all of it, from t-ball to high school, did any of them even dream of going to Harvard?

All of them laugh.

Zach says, “No, not at all. I don’t think any of us thought of it as a possibility because it’s so prestigious. It’s almost like it’s for somebody else.”

James adds, “It still doesn't feel real all the time.”

What feels more real to them? The idea of playing ball as a job. Who wants to be a pro ball player?

Hunter chimes in quicky, saying “I do. I think that's the goal at the end of all this.”

The others all agree.

There aren’t a lot of Harvard drafts, though.

James adds though, “Recently we had a good pipeline. We had two people drafted last year.” Stovern says, “This upcoming year we're expecting three more to go (and be drafted.)” James ends with something you don't often hear a Harvard student say. “It doesn’t matter the name of the school. It matters what you can do on the field.”

Harvard Baseball assistance coach Bryan Stark says familiarity and chemistry are important for any roster and teams like to take advantage of that.

Stark uses these four Houston kids as a recruiting tool when he comes to Texas.

He wishes more kids would be willing to leave Texas for Cambridge.