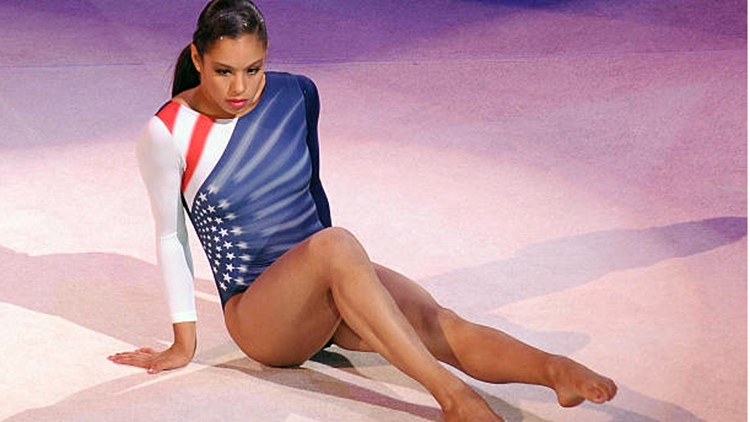 Sabrina Vega was on the team that won a gold medal at the 2011 World Championships. (Getty Images)

HOUSTON — A former member of the U.S. national gymnastics team has named Bela and Martha Karolyi among the defendants in a lawsuit filed in Huntsville Tuesday.

Vega was on the team that won a gold medal at the 2011 World Championships. She’s among dozens of gymnasts who trained at the Karolyi Ranch near Huntsville.

Several gymnasts have said Nassar abused them at the ranch under the guise of medical treatment. The Texas Rangers are investigating those allegations.

"I have struggled to cope with the effects of the repeated abuse I suffered at the hands of Dr. Nassar," Vega said in a statement. "USA Gymnastics, the USOC and the Karolyis failed to protect me and the other athletes in their care and I believe they should be held accountable."

The Karolyis, who built USA Gymnastics into an international powerhouse over the last two decades, told NBC last week they didn't know that dozens of gymnasts who trained in their gyms had suffered sexual abuse.

"That’s awful, but I would say even if they have big names or they have no names, any child who is violated by Nassar, it’s a crime and it’s so sad," Martha Karolyi, who was USA Gymnastics women's national team coordinator, said in an interview with NBC that was released by Today on Friday.

When asked how they could not have known about the abuse, some of which was alleged to have taken place at the Karolyi ranch, Martha said, “I heard during the testimonies that some of the parents were in the therapy room with their own child and Larry Nassar was performing this. And the parent couldn't see. How I could see?”

The Karolyis have filed their own lawsuit against USA Gymnastics and the USOC.

Last Wednesday Olympic gymnasts Jordyn Wieber and Jamie Dantzscher were among former athletes who testified before a Senate subcommittee and sharply criticized USA Gymnastics and the U.S. Olympic Committee for failing to prevent sexual abuse.

In her testimony, Wieber said the training environment at the Karolyi ranch led the gymnasts to be “motivated by fear,” describing pressure to perform to the coaches’ standards and to stay thin.

“Larry acted like our friend. He always had a sympathetic ear for complaints about our coaches,” she said. “He would bring us food, candy and coffee at the Olympics when we were hungry. I didn’t know that these were all grooming techniques that he used to manipulate and brainwash me into trusting him.”

Larry Nassar appears in court to listen to victim&nbsp;statements prior to being sentenced after being accused of molesting about 100 girls while&nbsp;a physician for USA Gymnastics and Michigan State University on January 16, 2018 in Lansing, Michigan.&nbsp;
Scott Olson/Getty Images

Nassar, 54, is serving a 60-year federal sentence for child pornography charges. He was convicted of 10 counts of sexual assault in Michigan and faces a minimum of 40 years in prison after his federal sentence is over.

USA Gymnastics had previously planned to purchase the ranch from the Karolyis and maintain it as their national training center. But after Biles, a five-time Olympic medalist in Rio, questioned returning to the site where so many gymnasts were abused, USA Gymnastics said in January that it would no longer hold training camps there.

Bela Karolyi served as the national team coordinator for the program’s first year before Martha took over in 2001. Martha Karolyi retired after the Rio Olympics. The U.S. team won 97 world championship or Olympic medals, including winning a second consecutive team Olympic gold in Rio, during her tenure.