The Houston Gamblers were popular in the 1980s, with Jim Kelly under center. The team is coming back now to play spring football. 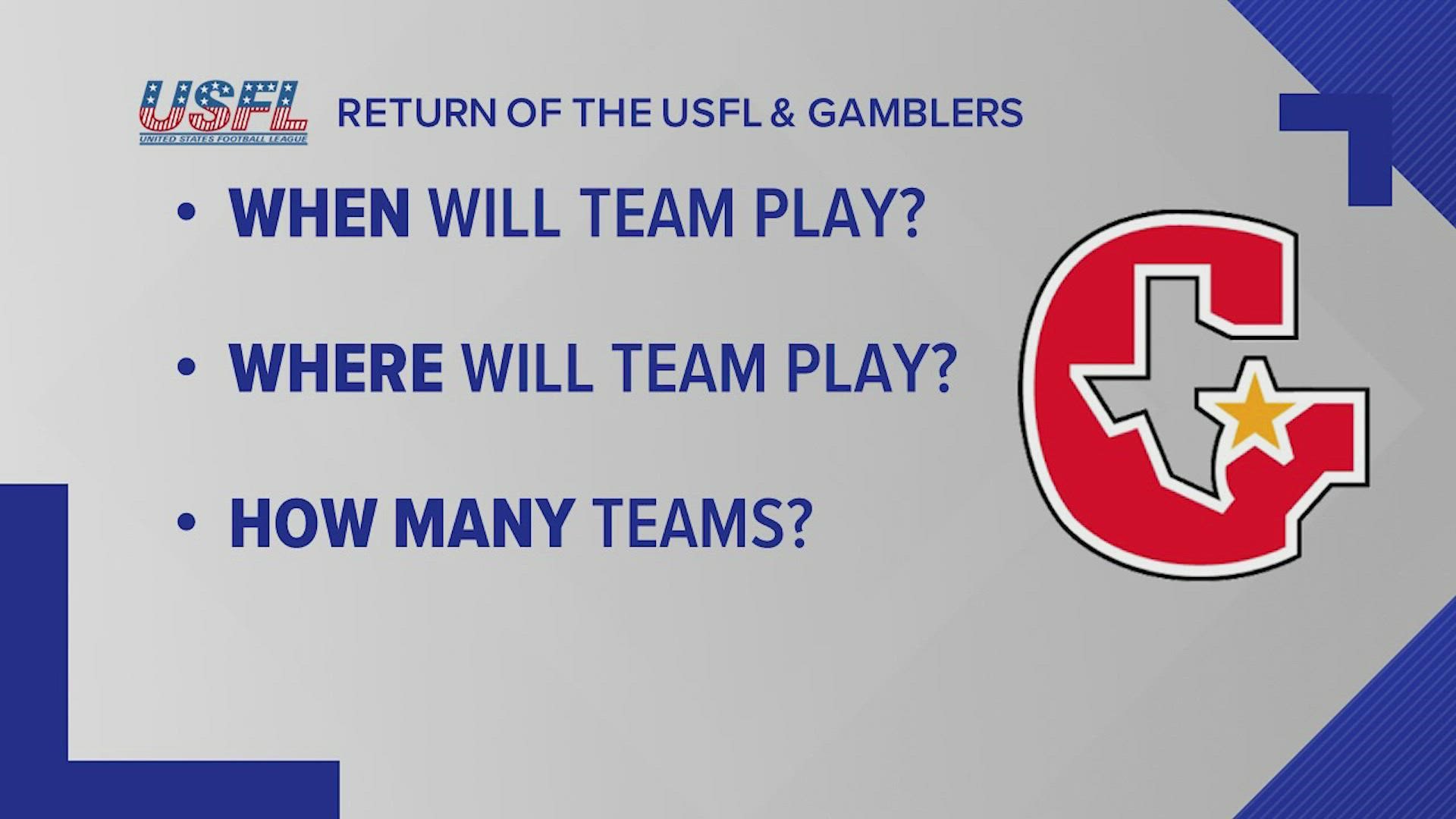 HOUSTON — Spring football is returning to Houston and it’s coming with a team name and league that’s familiar to longtime Houstonians.

The USFL is back, and the league announced their eight teams on Monday.  Included in them – the Houston Gamblers, complete with the black helmet with a team logo in the shape of Texas and the letter "G" with a star where Houston would be.

The league will begin play in 2022 with four teams in the North division and four in the South.

The league is set to start play in next  April and will play at a single location, which hasn't been disclosed yet. The league says the teams will eventually play in their own cities.

We are the Houston Gamblers 🎰 pic.twitter.com/VeO8N1nyTL

If you were around Houston in the 1980s to watch the Gamblers play, you may remember names like Jim Kelly, who played for Houston before going off to Buffalo to play in four Super Bowls.

We are the USFL 🏈

The original USFL shut down in 1986 after moving to a fall schedule, competing with the NFL and trying to merge. According to CBS Sports, the USFL won an antitrust lawsuit against the NFL, but the USFL won just $1 before shutting down.

Houston Gamblers: Here's what you need to know about the team's return