Luhnow claims he was a scapegoat and didn't deserve to be fired because he didn't know the team was stealing signs. 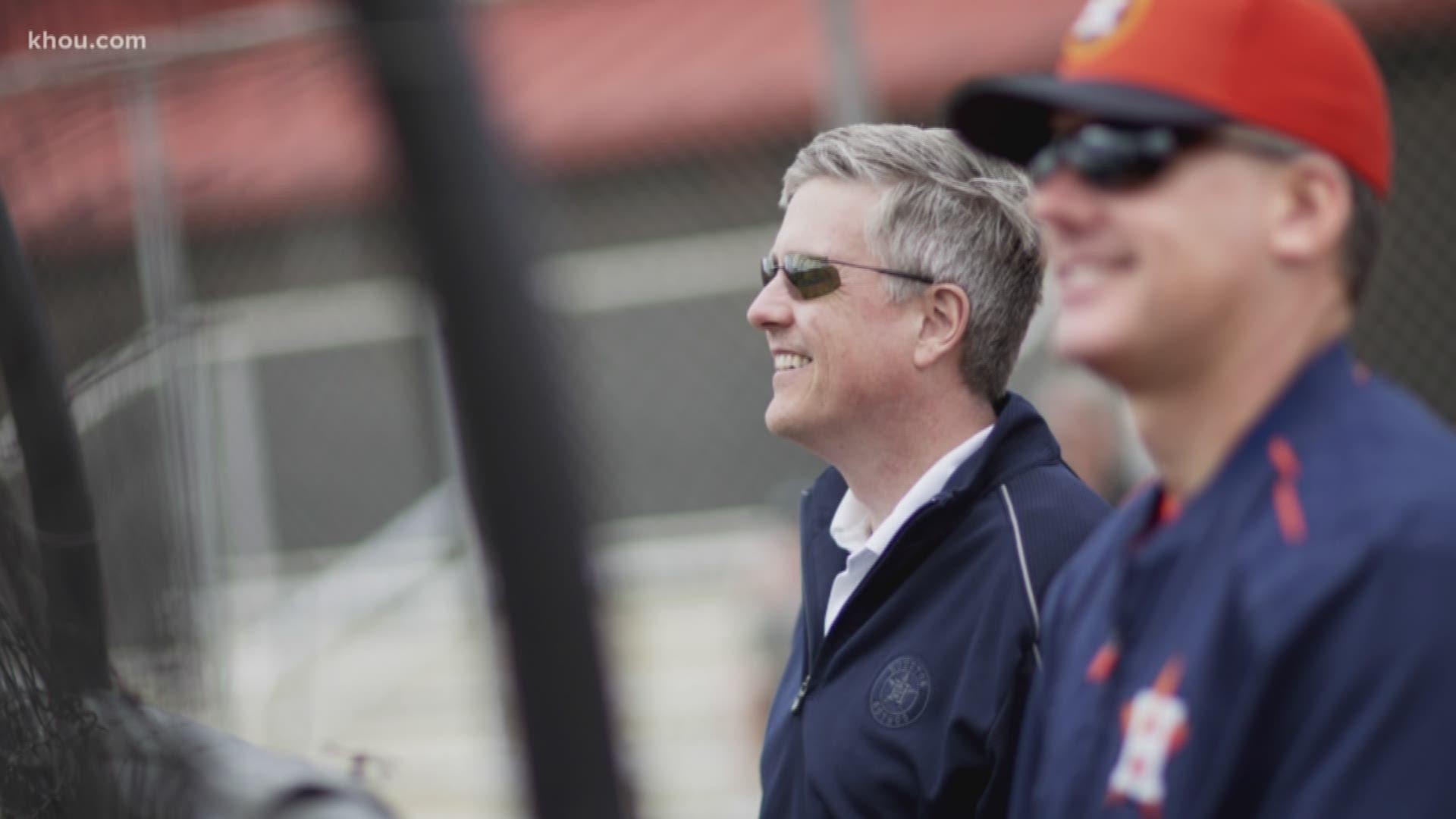 HOUSTON — Former Houston Astros general manager Jeff Luhnow has filed a lawsuit against the team for firing him over the sign-stealing scandal, according to the Los Angeles Times and other sources.

Luhnow alleges Astros owner Jim Crane and MLB commissioner Rob Manfred made him the "scapegoat for the organization" after the team's sign-stealing scandal was uncovered.

Editor's note: The video above originally aired in January when Luhnow and Manager AJ Hinch were fired.

In the lawsuit, Luhnow claims the investigation was not much of an investigation at all, but rather a "negotiation resolution" that "enabled the team to keep its World Series championship, went to great lengths to publicly exonerate Crane, and scapegoated Luhnow for a sign-stealing scandal that he had no knowledge of and played no part in."

Luhnow faces an uphill battle convincing anyone he had no knowledge of the scheme. Among other things, he was made aware of the team's sign-stealing algorithm in 2016, according to the Wall Street Journal.

Here's more from the lawsuit, via Bill Shaikin with the LATimes.com

Luhnow recently claimed innocence during a television interview, saying: "I didn't know we were cheating. I had no idea. I wasn't involved."

Manfred responded by saying MLB's investigation revealed "direct testimony" of Luhnow's involvement in the scheme. Also, Manfred warned all 30 teams in 2017 that the general manager would be held responsible for sign-stealing infractions, according to CBSSports.com. Read more here.

Former Houston Astros general manager Jeff Luhnow is suing the team for breach of contract and for making him "the scapegoat" in sign-stealing scandal.
https://t.co/iA2roAm8Ck