The team showed off its black jersey/black pants home uniform and a new red/black gradiant jersey, among other details. 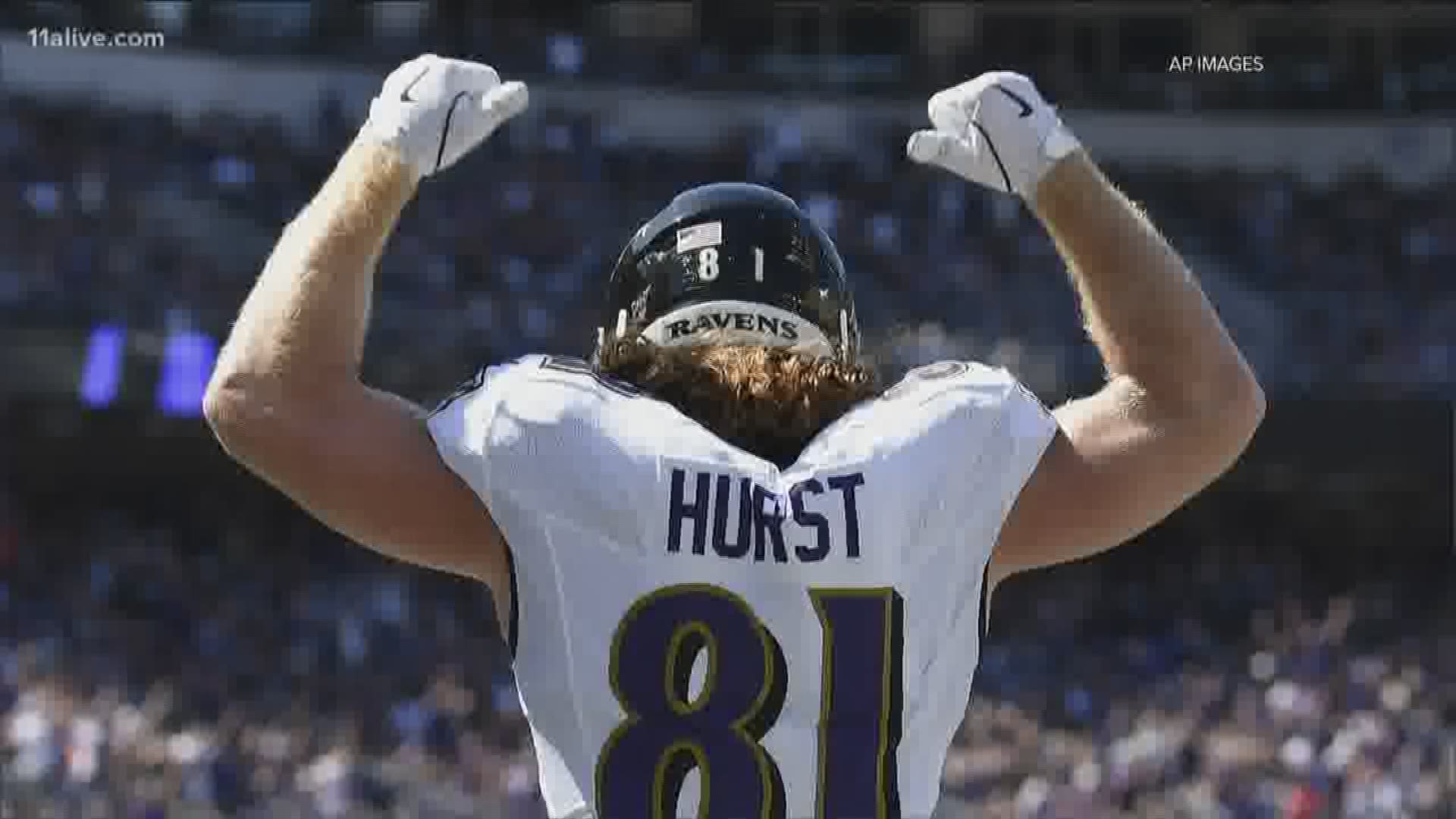 ATLANTA — The Falcons revealed their new uniforms to the world on Wednesday, calling it their first comprehensive redesign in 17 years.

The new official home uniform features an all-black design, with black jerseys, black pants, red and white striping on the sides, white numbers and "ATL" in red block lettering above the number.

All but one of seven uniform sets shown in team handouts appear to feature the "ATL" lettering above the numbers.

"Atlanta is known as much for diversity and culture as it is for innovation and creativity. From music and design to business and technology, the city of Atlanta influences everything. The Falcons have a proud tradition of bringing people together from all walks of life, so the new ATL mark is placed proudly and prominently across the chest of the new uniforms as a reflection of a city constantly on the rise," a team release said. "A three-letter combination recognized around the world; it is only fitting the Falcons represent the ATL on a global stage."

The team says there are eight potential color combinations, with "four jerseys (black home, white away, gradient alternate and the ’66 throwbacks), four pants (black, white, red and throwbacks) and one helmet (satin black)."

Some of those shown in team materials include an all-white ensemble, separate white-jersey uniform sets paired with black pants and red pants, and two black jersey/white pants sets, one a 1966 throwback.

For those who like an especially new spin, there is also a red-black gradiant jersey, described as the "Rise Up" alternate pattern.

"Using nearly two decades of fan research collected from focus groups, online and through different social media platforms, as well as input by current and former Falcons players, the overwhelming plea was consistent: 1) Own red, but bring on the black, 2) reflect the modern progression of the city, and 3) keep it simple and stay true to our roots," the team said. "Throughout continued conversations with fans and players, it was clear that the designs needed to reflect elements of the past and the present, the pride of Atlanta as well as the state-of-the-art design of Mercedes-Benz Stadium."

The Class of 2020: Honoring senior athletes from metro Atlanta

Atlanta's sports teams showing solidarity for the city on #404Day