After 10 years of playing minor league baseball, Dillon Thomas got the call from the Seattle Mariners. 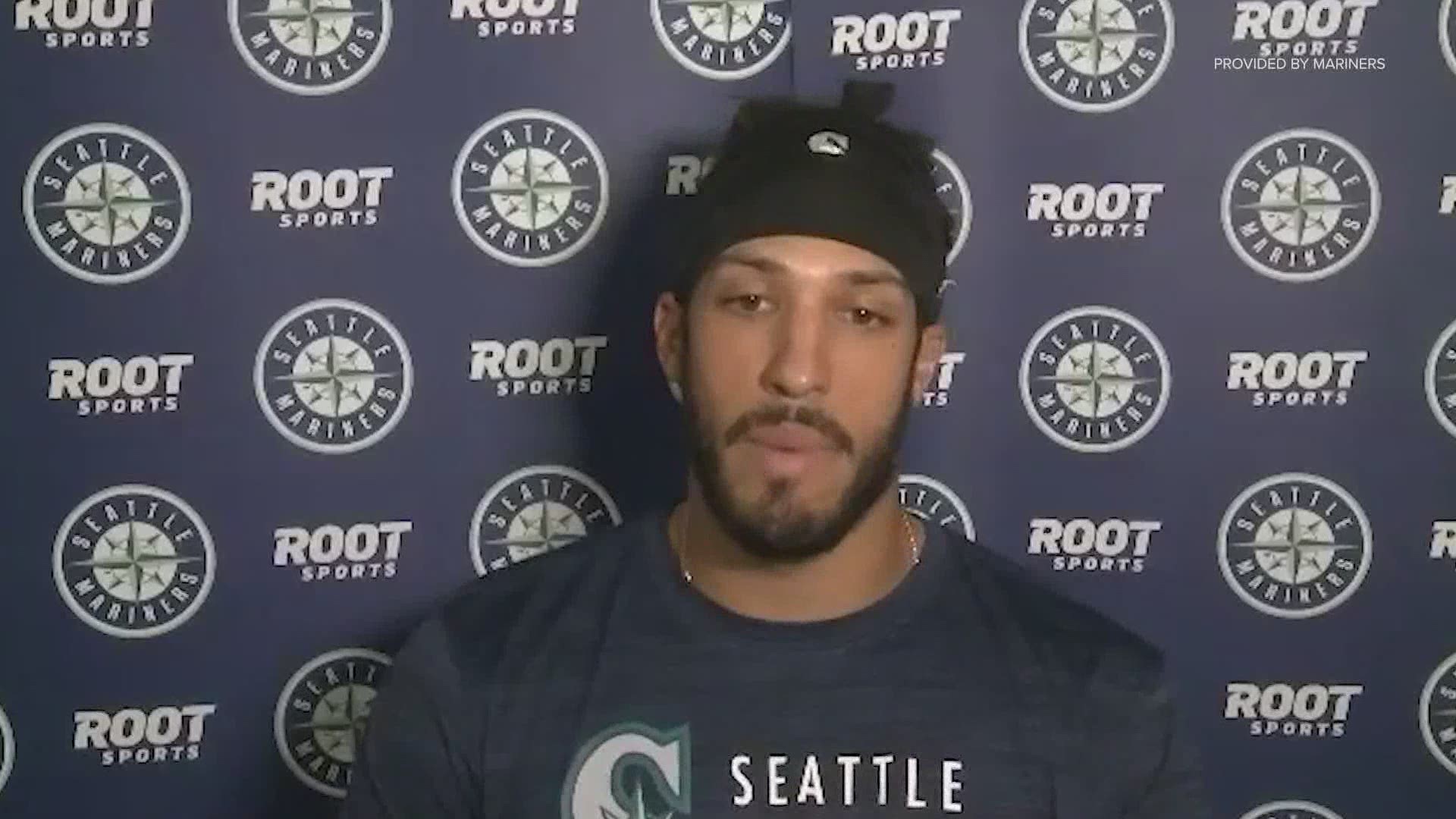 HOUSTON — Dillon Thomas is finally a major leaguer. He's from Houston and after 10 years of playing minor league baseball, he was called up by the Seattle Mariners.

“’Daddy is going to be a big leaguer,’” Thomas recalled his daughter saying after receiving a phone call from the Mariners telling him he’d been promoted.

He did not play in the Mariners’ 5-3 loss at Detroit on Monday night.

The Westbury Christian product was originally drafted by the Colorado Rockies in 2011.

Thomas played independent league baseball when no major league organization was interested in signing him and he was struck by a pitch in the face in 2019, fracturing his jaw.